According to Gas Buddy, the price of gas is 20 to 30 cents higher because of the Colonial Pipeline Shutdown. 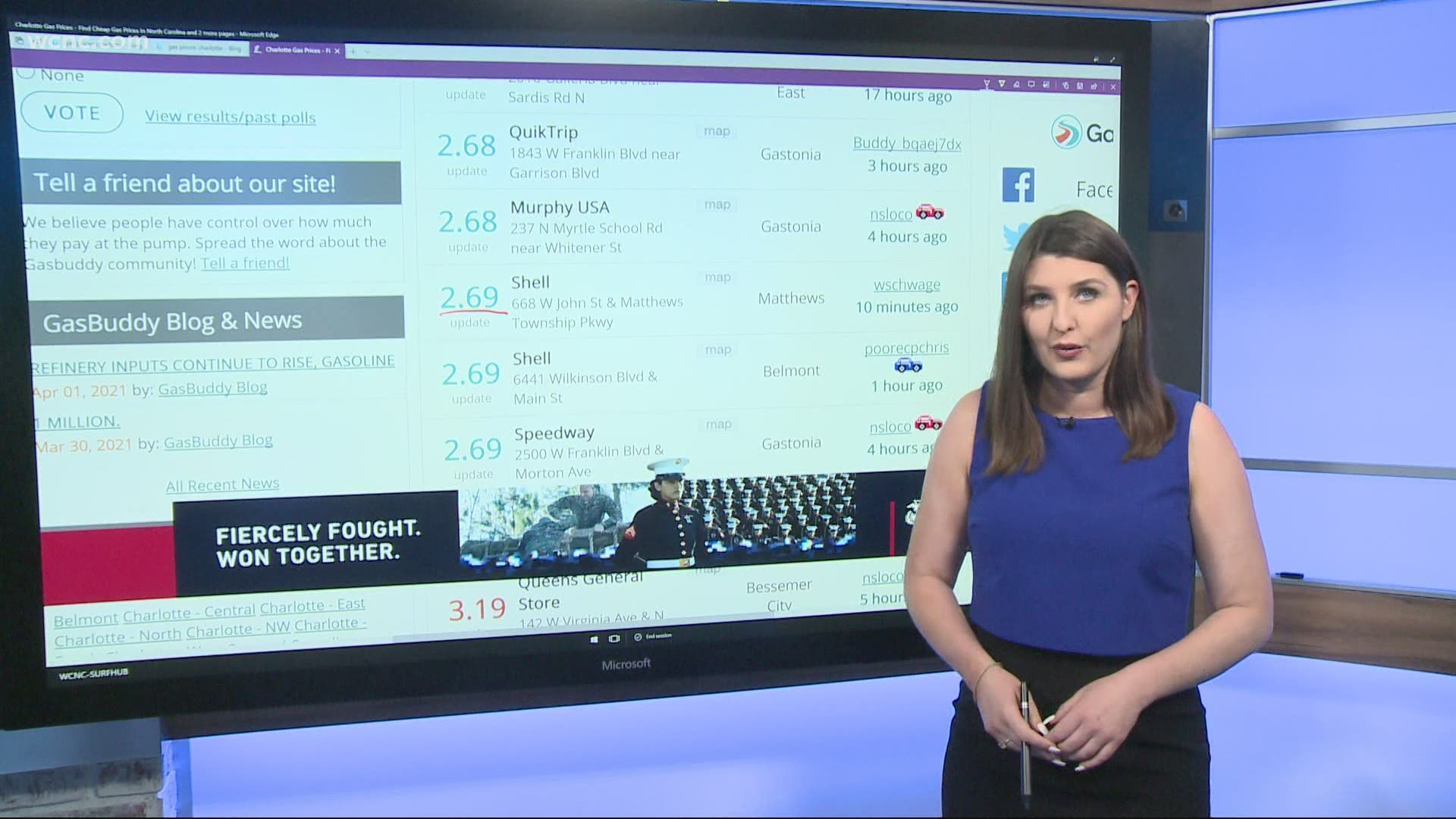 CHARLOTTE, N.C. — QUESTION: Is this month's earlier shutdown of the Colonial Pipeline the reason we still see higher gas prices in Charlotte?

ANSWER: Yes, according to Gas Buddy, the price of gas is 20 to 30 cents higher because the Colonial Pipeline shut down at the beginning of this month.

According to AAA, more than 37 million people are expected to travel this memorial day weekend, with 12 million more Americans traveling by car than in 2020.

The Colonial Pipeline hack at the beginning of May shut down the Pipeline, and according to Gas Buddy, at one point, 80% of gas stations in Charlotte were without fuel.

"There has been a recovery in both outages and prices are starting to come down," De Haan said.

According to De Haan, one in five gas station in Charlotte are still without fuel because of the Colonial Pipeline shut down, but is that the reason for the higher gas prices?

De Haan tells us because of the pipeline issues the price of fuel is now 20 to 30 cents more than what it would normally be this holiday weekend.

"Demand is up 43% than it was a year ago. That is what is driving prices higher and then add on the fact that the colonial pipeline outage happened, and that is why we are paying so much," said De Haan.

According to Gas Buddy, it may take a few more weeks for prices to come back down.