The video, obtained by WCNC Charlotte from a viewer, shows the bus driving through a road that was flooded. 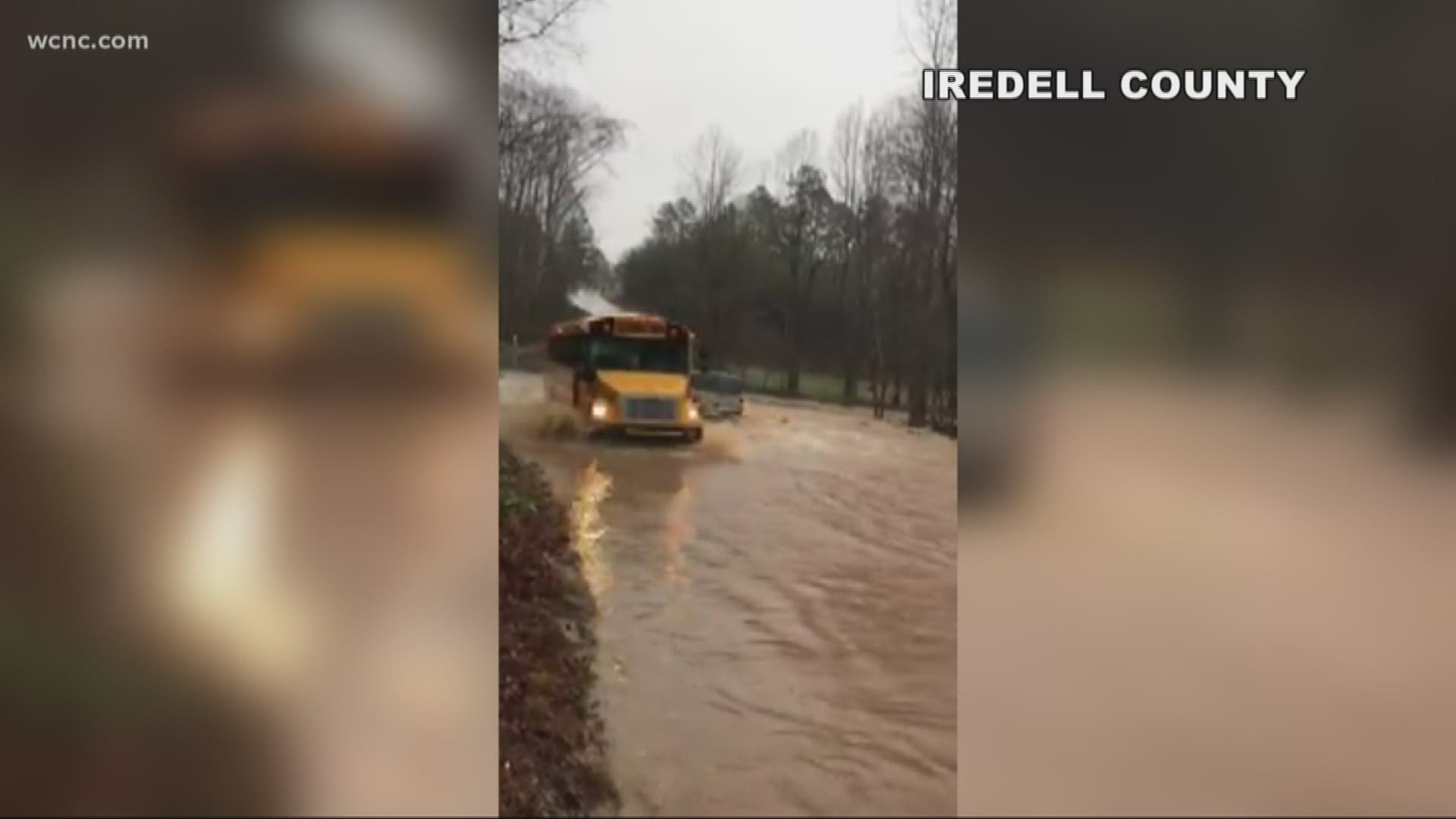 The video, obtained by WCNC Charlotte from a viewer, shows the bus driving through a road that was flooded.

The school district confirmed there were students on the bus at the time.

"Iredell-Statesville school bus 312 out of Troutman Elementary drove through standing water in Ridge Creek subdivision located off of Clontz Hill Road in  Troutman, NC.  The I-SS administration is investing the incident," the school district said.

According to officials, the bus driver into a neighborhood, which has only one way in and one way out, at 11:34 am.  After dropping off students in the neighborhood and prior to exiting the neighborhood, there was a significant change to the water level on the roadway, the district said.

According to officials, the driver called the principal and asked for advice. The bus sat for several minutes as a decision was made about exiting the neighborhood. After discussion among three adults and watching multiple other vehicles drive through the area without incident, the driver was directed by her supervisor to exit the neighborhood.  The bus drove through the water at 11:51 am.

The school district said this was not the bus driver's last stop and there were some students on the bus still.

The district said that drivers are trained to not drive through water unless it is an emergency.  After completing a review of the situation, the district will determine further action.

"Inclement weather calls are extremely difficult and complex.  We do acknowledge that is very disruptive, but these decisions are made with the facts that we have at the moment, and with the best interest of the students in mind.  We appreciate everyone's patience and understanding as we navigate these difficult decisions."