Wag! app admits to glitch after NC woman is notified a walker she didn't request entered her home

A Monroe woman said she was freaked out when she got a picture sent via text showing a dog walker walking her dog. The only thing is, she didn't have the app. 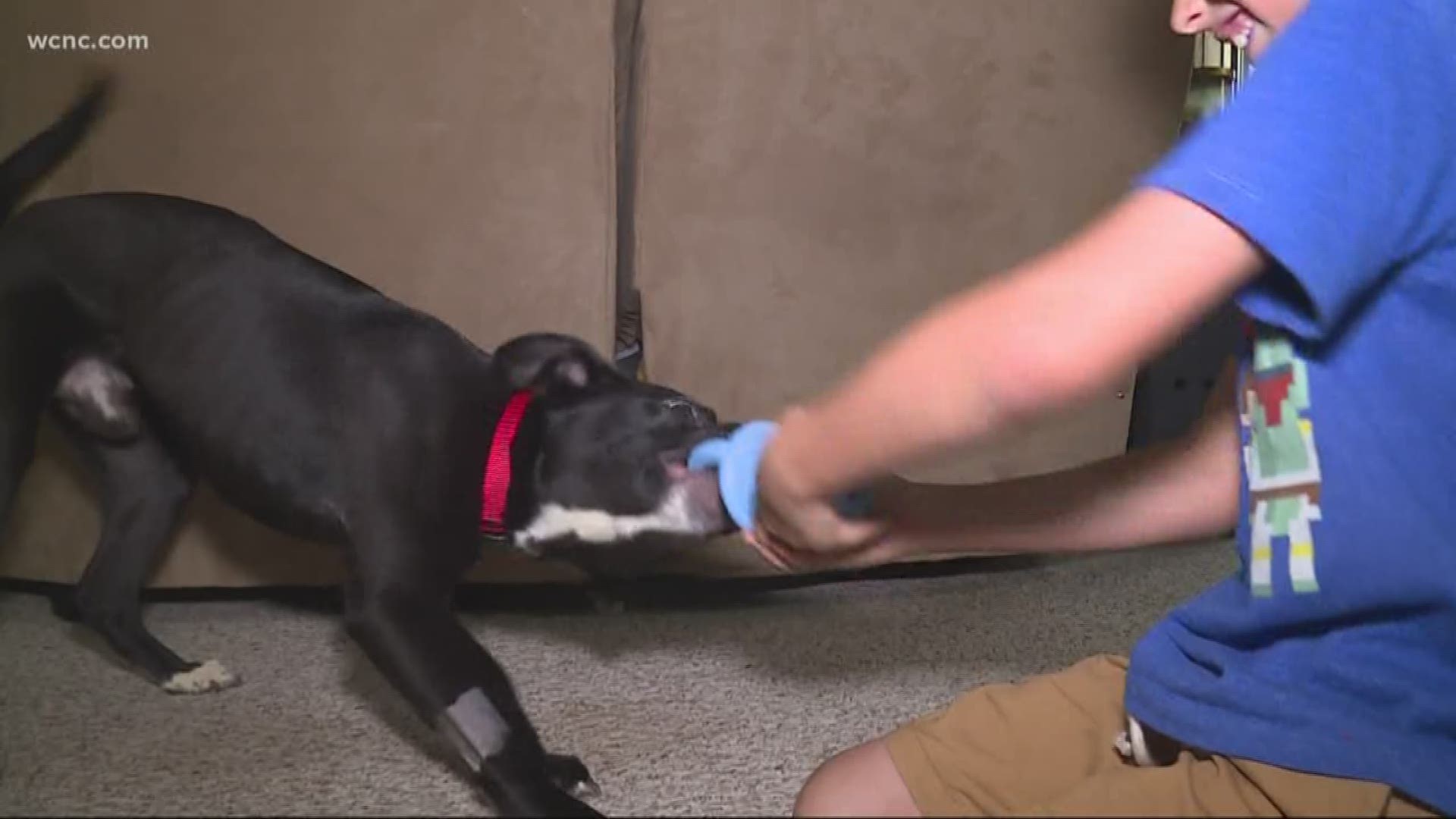 MONROE, N.C. — Thousands of people use it every day. The Wag! application allows dog owners to request someone to enter their home, take their dog on a walk, possibly feed and give the dog water, then lock up and leave.

It's a convenient app, but one woman is warning others after a walker, who she never ordered, entered her home and took her dog on a walk.

"I was like, what is going on," said Magen McLaughlin, a Monroe woman who owns a rescue dog named Wrigley.

That was her reaction when she got the startling notification that her dog was out on a walk with a stranger.

"I instantly just freaked out a little bit," McLaughlin said.

In March, knowing that she needed someone to let her dog out while she was at work, Magen downloaded the Wag! app.

"You put in your address," she said as she described how she set up her profile. "We're really far out here, so they said there are no walkers in our area right now."

She and her family live in rural Monroe. After seeing that there wasn't anyone available in the area to walk dogs through the app, she deleted it.

However, two months later, on May 31 she received a text that startled her.

"I'm at work and I get this text message from an unknown number," she said.

The message was from a dog walker with Wag!, according to McLaughlin. It showed Wrigley on a walk around her house.

"I couldn't find the key because the phone service was down, but your neighbor opened the door for me. I gave Wrigley some water because it looked like he was very thirsty. Just wanted to let you know," McLaughlin said as she read the text message aloud.

McLaughlin responded to the text saying, "What? Who is this?"

Texting back and forth, the walker said the Wag! app showed McLaughlin had requested a dog walker for that day and other days.

McLaughlin maintained she didn't since she deleted the app right after she downloaded it.

"Someone I don't know is in my house and then they're walking my dog," she said, adding, "It's just a little eerie."

She immediately contacted officials at Wag!

On Wednesday, NBC Charlotte reached out to ask about McLaughlin's story.

In a statement, officials with the company said in part:

"In this instance, the pet care provider, an independent contractor, was incorrectly sent to Magen's home due to a malfunction with the Wag! app. That malfunction has been identified and our team has released a fix to the system today."

However, McLaughlin is now warning others so it doesn't happen to them.

"Be careful putting your information into an app and just thinking if you delete it that the information goes with it, because this is clearly a result that it doesn't," McLaughlin said.

NBC Charlotte asked if the woman, who didn't see a lock-box with a key inside at McLaughlin's home, broke any rules by asking a neighbor to let her in.

Dog walkers who are working with Wag! are supposed to call the pet owner if they can't find a lox-box with a key inside, according to the company's website.

Wag! said the dog walker has been suspended.