THOMASVILLE, N.C. — Police officers see a lot of things and make a lot of arrests. They probably don't start patrol duty thinking they're going to arrest a pig. That's exactly what happened (sort of) in Thomasville Thursday morning. The Thomasville Police Department tweeted photos of a pig in a patrol car.

The caption stated that the animal was found wandering in the Rodelia Street area. They said the pig looked to be someone's pet. They advised that the owner to contact the Davidson County Animal Shelter to claim it. If you're the owner or know the owner call the shelter at: 336-357-0805. 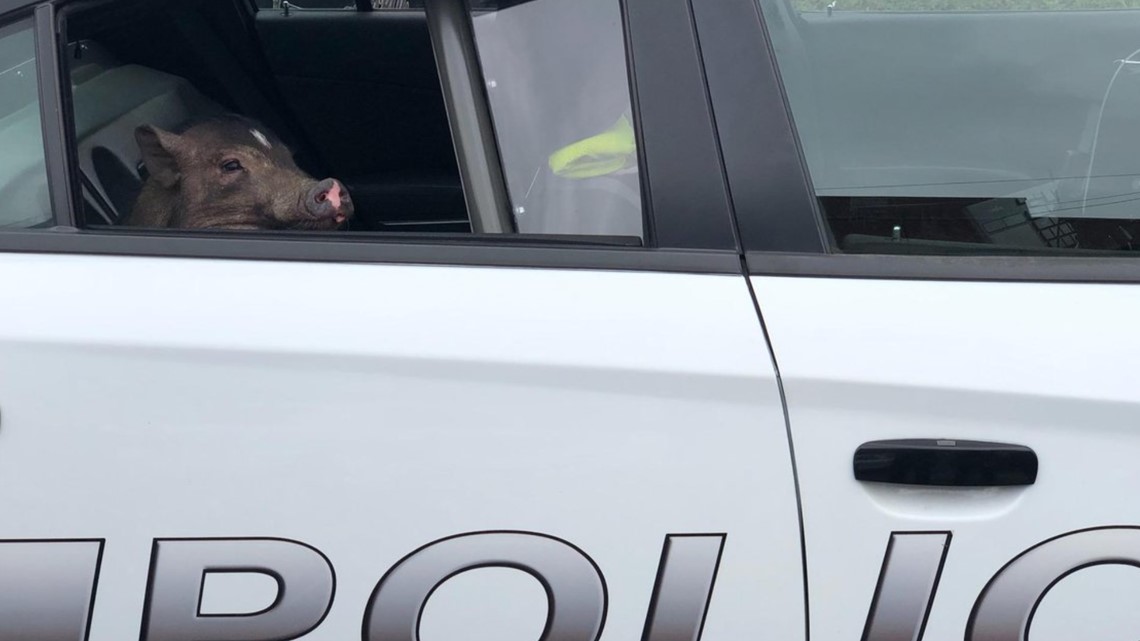