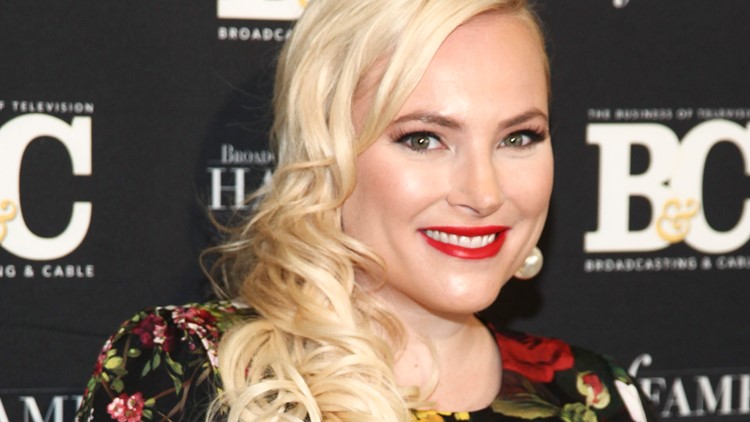 'You are not alone': Meghan McCain opens up about miscarriage

PHOENIX — Meghan McCain, the daughter of the late Sen. John McCain and host of ABC's "The View," opened up about her miscarriage in a New York Times op-ed published Friday.

McCain, 34, said she found out she suffered a miscarriage a few weeks ago, the same day she was doing a photo shoot for a The New York Times Magazine’s cover story.

"I look back at those pictures now, and I see a woman hiding her shock and sorrow. I am posed for the camera, looking stern and strong, representing my fellow conservative women across the country," McCain wrote.

"But inside, I am dying. Inside, my baby is dying."

McCain said speculation began after she "missed a few days of work" following her miscarriage. (The Daily Beast reported early July that McCain was "seriously considering" quitting the talk show at the end of the 22nd season.)

"This was not supposed to be public knowledge. I have had my share of public grief and public joy. I wish this grief — the grief of a little life begun and then lost — could remain private," McCain wrote.

McCain said she blamed herself for the "horrendous" miscarriage, her job, her age, her personality, "everything and anything a person could think of, and what followed was a deep opening of shame."

"This, I told myself, is the reason my body is a rock-strewn wasteland in which no child may live. This is my fault," McCain wrote.

But the opinion article -- titled "What I Learned From My Miscarriage" -- ended with a plea to herself and to other people who have suffered miscarriages: It is not your fault.

McCain provided statistics that portrayed how "distressingly common" miscarriages are, stating that estimates range from one in 10 to as many as one in four pregnancies end in miscarriages, about 3 million in America each year.

"I had a miscarriage. I loved my baby, and I always will. To the end of my days I will remember this child — and whatever children come will not obscure that. I have love for my child.

"I have love for all the women who, like me, were briefly in the sisterhood of motherhood, hoping, praying and nursing joy within us, until the day the joy was over.

"You are not alone."