WCNC's Rachel Lundberg was reporting on the aftermath of Hurricane Florence when she and a photographer met a lost dog. Six months later, she found out the dog was adopted. 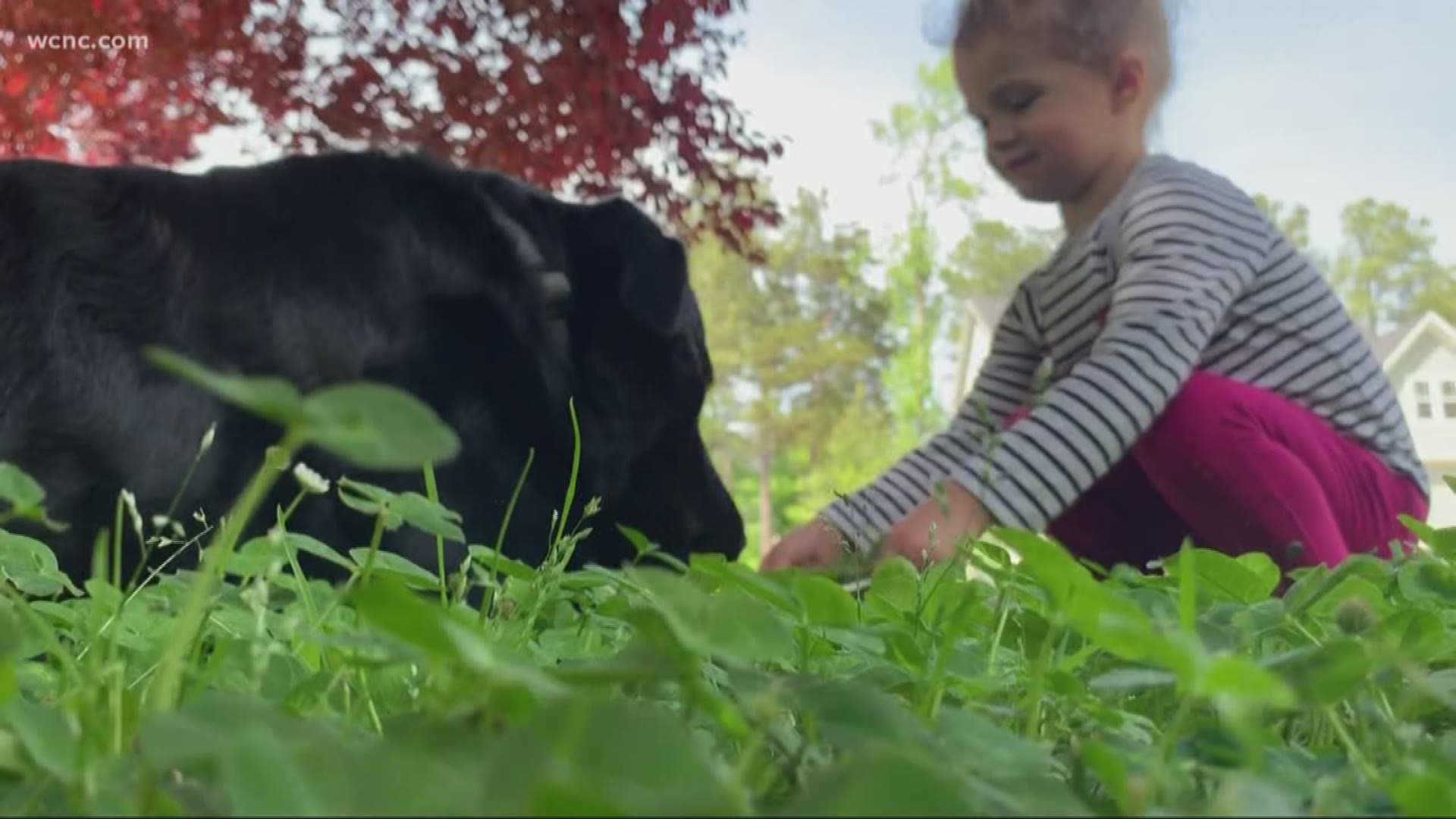 DURHAM, N.C. — Editor's note: This piece is a commentary by NBC Charlotte's Rachel Lundberg, based on her experience covering Hurricane Florence.

Nearly eight months ago, an opportunity to serve and help families wrecked by Hurricane Florence turned into an opportunity I'll never forget. One I'm forever grateful for. Something I had never done before.

For weeks, WCNC prepared viewers that the "Storm of a Lifetime" had its eyes on the Carolinas. For weeks to follow, WCNC covered the devastation.

Following Florence, I was sent to Lumberton, NC where the devastation was repeated like during Hurricane Matthew. I had the assignment to turn a story showing what the community there was dealing with.

Neighborhoods were underwater, and families still hadn't returned to face what was left. As we were driving down a one-way-in and one-way-out main drag, a photographer Jen Kiser and I noticed a crew and a boat. A light bulb went off. The boat had my name written all over it.

I quickly hopped out of the car and asked if I could help with whatever they were about to do. That crew was PETA. Boots were on the ground and preparing to rescue any animals that had been left behind.

There were dozens of animals crying out for help. It was devastating, raw and real. The coverage struck a chord with many. A Facebook Live video was shared and clipped, viewed by millions across the country.

One black dog that was rescued after swimming for his life for days captured the hearts of our viewers, and myself. It was astonishing how he even survived.

Days after rescuing the dog, comments were flooding in, asking how the black dog was doing. I wondered as well, feeling fully attached to him at this point. So Jen and I made the trek back to Lumberton to see for ourselves.

Thankfully, he was recovering at the Robeson County Animal Shelter, and we were able to show our viewers that indeed he would make a recovery, but his future family was still up in the air. Legally the original owners had a certain amount of time to reclaim him, but that never happened.

Fast forward six months, and I got a ding in my inbox. That e-mail was from a family in Durham, North Carolina. Two hours away from Lumberton. The message went on to say that the black dog we helped rescue finally had a home, a family that would love him, and not leave him behind.

At first, the family was hesitant to share how they ended up adopting the gentle giant, but this experience was in need of positive closure. This would be the perfect way to show after a storm comes a rainbow, or rather that good can come from bad.

The family, who wants to keep their identities private, named the lab-rottweiler mix Max. He’s happy, he’s healthy. Max now lives in Durham, in a nice house on a cul-de-sac, with two brothers and a mom and dad.

Saving Grace received Max from Robeson County. He was one of the few animals in the shelter that actually had a story to tell. After the family fell in love, they learned just how much of a miracle Max really is.