1-on-1 with Hornets star Terry Rozier 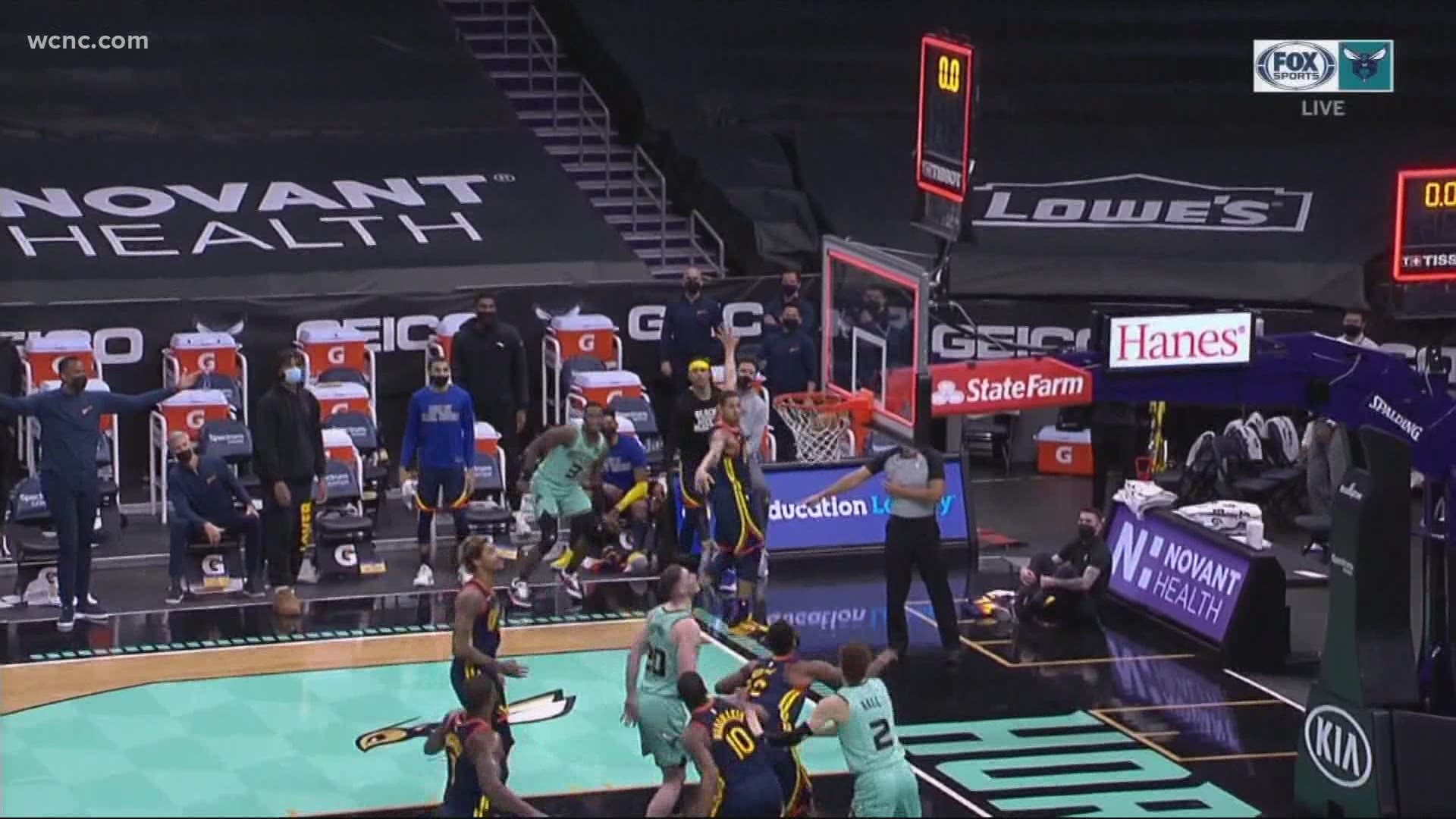 Terry Rozier is having the best year of his NBA career so far, and he's putting up career highs in a number of categories, while also continuing to set the tone for the Hornets both offensively and defensively.

Rozier joined WCNC's Ashley Stroehlein for a one-on-one via zoom to discuss it all.

Ashley: "It seems like the vibe of the team is different this year. How much fun are you having?"

Terry: "You know we've got a lot of guys that joke around and stuff like that, have fun, but you know as soon as we get in-between the lines it's serious. We definitely miss all of our fans. It's so different without them. So different without them. It's just when you're in that moment in a game, you know you can look to fans, you can look to the crowd to get your juice going it's like we don't have that, so you got to get that going within yourself and it's tough. So, we definitely miss the fans.

Ashley: "Your play has been so impressive this year. You're having a career-best year so far what do your attribute your play to and the numbers you’re putting up this year to?"

A: "I'm just going out there and just hooping. I've got a clear mind. With this pandemic, when it first started, I had a lot of time to just reflect, sit back and study my game and other guys game and just get off my feet a little bit. My knees been feeling a lot better. It's the best my knees have been feeling in my career. I feel like the pandemic when it first started it got me a chance to really just reflect and my mind has just been at ease ever since. Me being out there playing I can just be myself. All the credit goes to my teammates and coaches for allowing me to be special playing with so much emotion every night. It's just the year of the real & I'm just glad that I can express my feelings out there & play the game that I love. I just wish that the fans was there to watch."

If your friends don't congratulate you like this, are they really your friends? 🕺🏽🎉🐝 pic.twitter.com/N5COfC91Mx

Ashley: "Recently we’ve been seeing the trio of yourself, Devonte' and LaMelo and it’s really changed things because you all can create so much when you’re on the floor together. How is it playing with that unit?"

Terry: "I'm not going to say I kind of influenced this, but I shot Coach a text probably a month ago and said let's give the people what they want and play us three out there. I feel like it's been going well. You've got a lot of guys, us three that can play make for ourselves and others and you know it's just been official for us. Hopefully, we can just keep getting better and playing off one another, but it's great for us and I think this is what the people want to see."