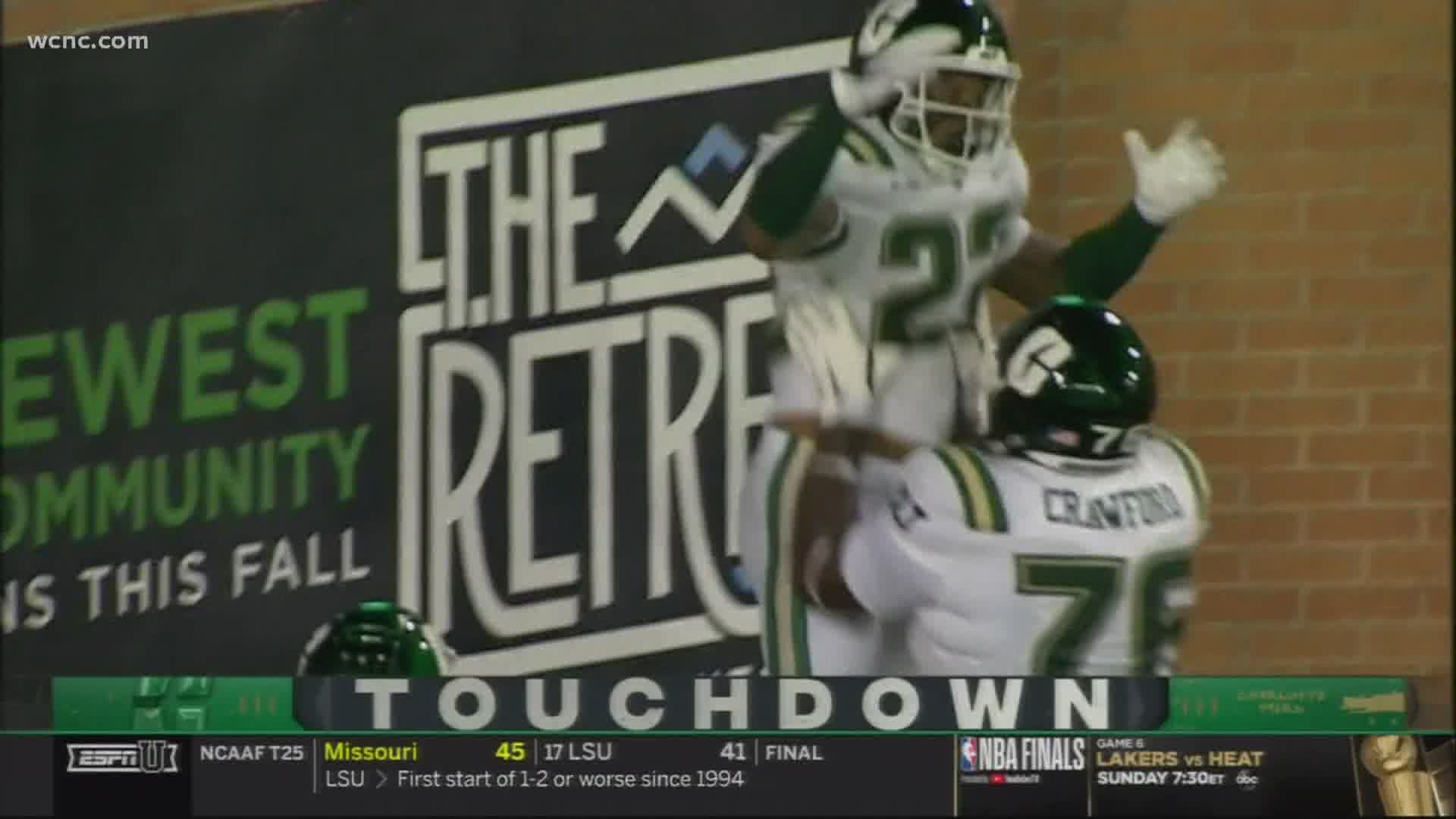 Over the weekend the Charlotte 49ers picked up their first win of the season and they did so in high scoring fashion setting multiple school records for most points, touchdowns and total offense in a Conference USA game.

Now the team is set to hold their home opener on Saturday against FIU, a team that dominated the 9ers in their last matchup and one they know that's hungry for their first win of the season.

“They pose a lot of problems and you know I know this group is going to be hungry they're 0-2 and feel like they gave one away on Saturday. I told our team I'm sure they have the same philosophy they had a week ago,” Charlotte head football coach Will Healy said.

A week ago, the 49ers were still looking for their first win of the 2020 season, but they defeated North Texas in a commanding 49 to 21 win and Coach Healy hopes to use the pros and cons from that game to inspire another win this weekend.

“After you win a game like that, you can push a little bit more, you know, if you lose that football game then you have to be a little bit fragile you got an 0-3 football team. You've got to make sure they're motivated to come back. You win it, you can say we won, but here's all the things I think we can fix, and our guys have really responded to that,” Healy explained.

Kickoff for Charlotte vs. FIU is set for 8:00 o’clock on Saturday, October 17th.