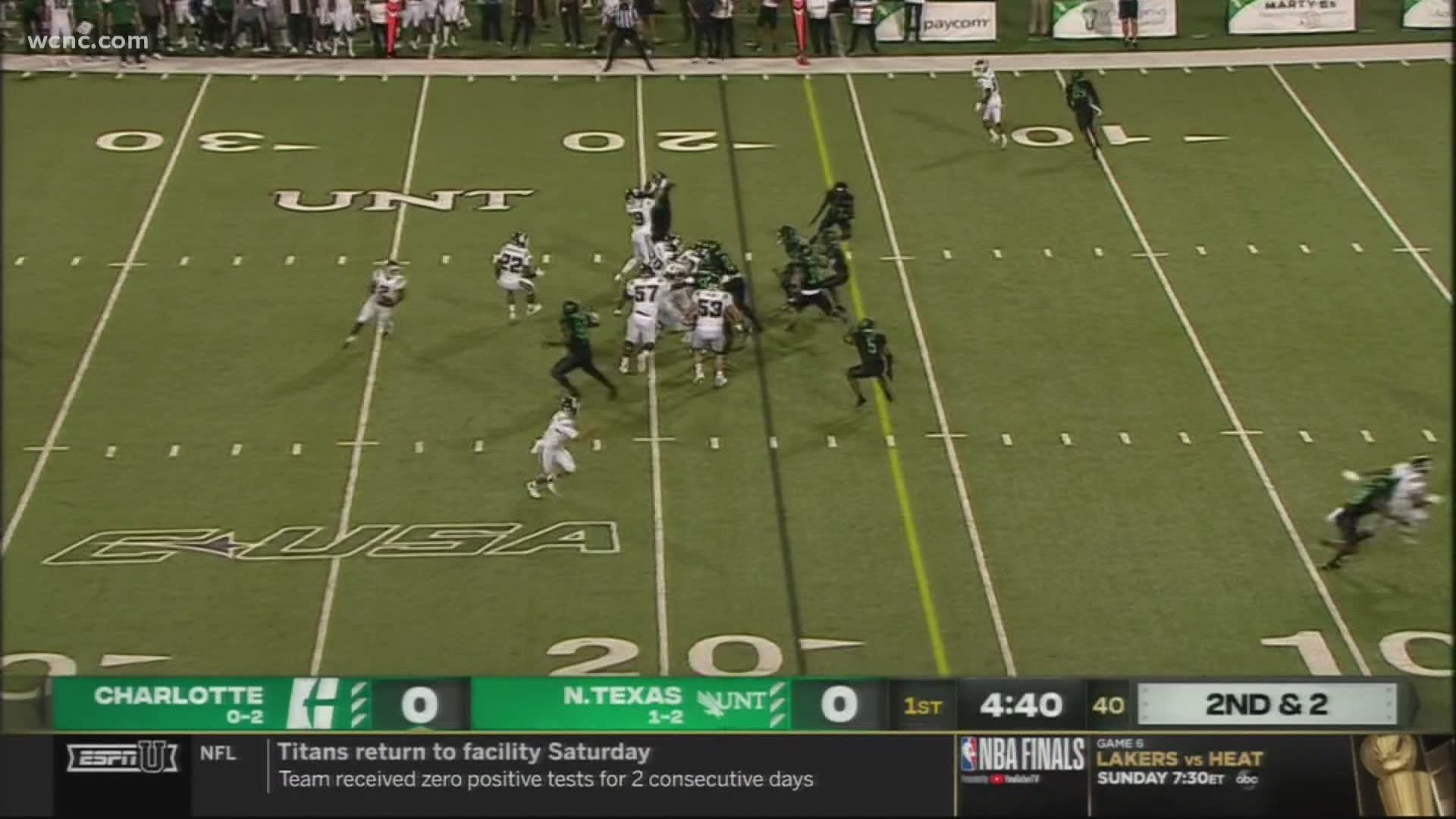 CHARLOTTE, N.C. — The Charlotte 49ers hoping that the third time is a charm and they're actually play their first home game of the year, Saturday afternoon.

"You just have fingers crossed at this point in time each and every week," coach Will Healy said.

Nothing is certain until kickoff this season.

Late last Thursday night -- Florida International could not make the trip because of their COVID-19 cases -- and became the third Charlotte game postponed this year.

"Dejected," said Healy. "We felt like we had a great gameplan, our guys were ready to roll."

The schedule changes have become so common -- coach Will Healy and his staff now develop two plans for the week. A gameplan on the field -- and a plan for what to do with the team if they find out they won't be playing.

"Very proud of how our guys have responded," Healy said, "always tough news to tell a staff and a group of players that you put in a lot of work and you're not going to get an opportunity. It feels like a loss in a lot of ways.

With 7 percent capacity allowed -- the 49ers will fit in about one thousand students, friends of the program and family members on Saturday but general tickets are not available.

And if you're not one of the lucky 1,000 or so that can be at the game you can watch it on ESPN+, kick off is at Noon, and we'll have full coverage at 6 and 11 on WCNC Charlotte.