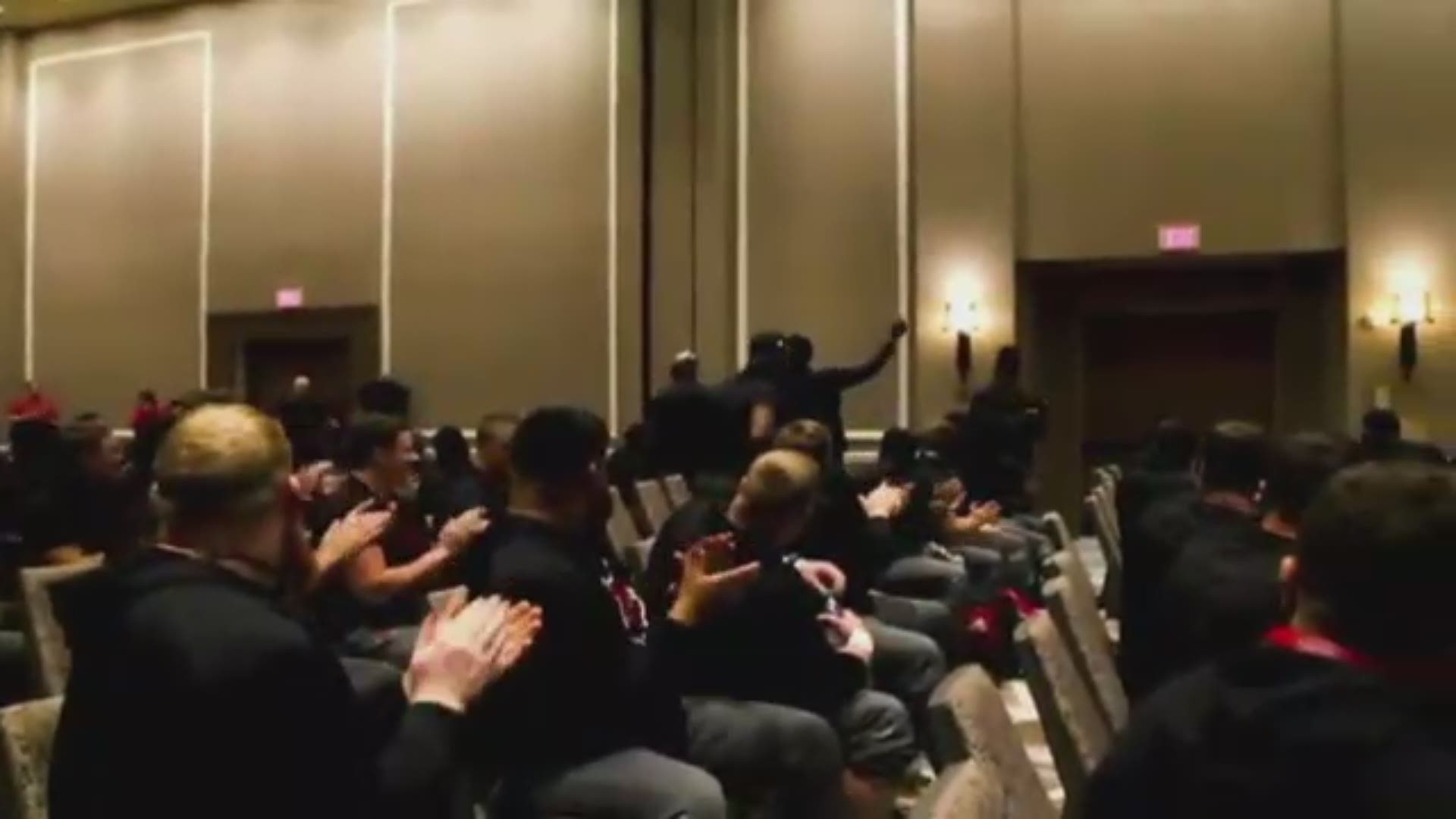 The Wolves head coach told the team hours before kickoff against the Rebels. A-State gameday sideline reporter and KNEA sports talk host Brad Bobo confirmed the news in a tweet Saturday night around 6:30.

Anderson took a leave of absence from the team August 19th prior to his wife Wendy passing away after a battle with cancer.