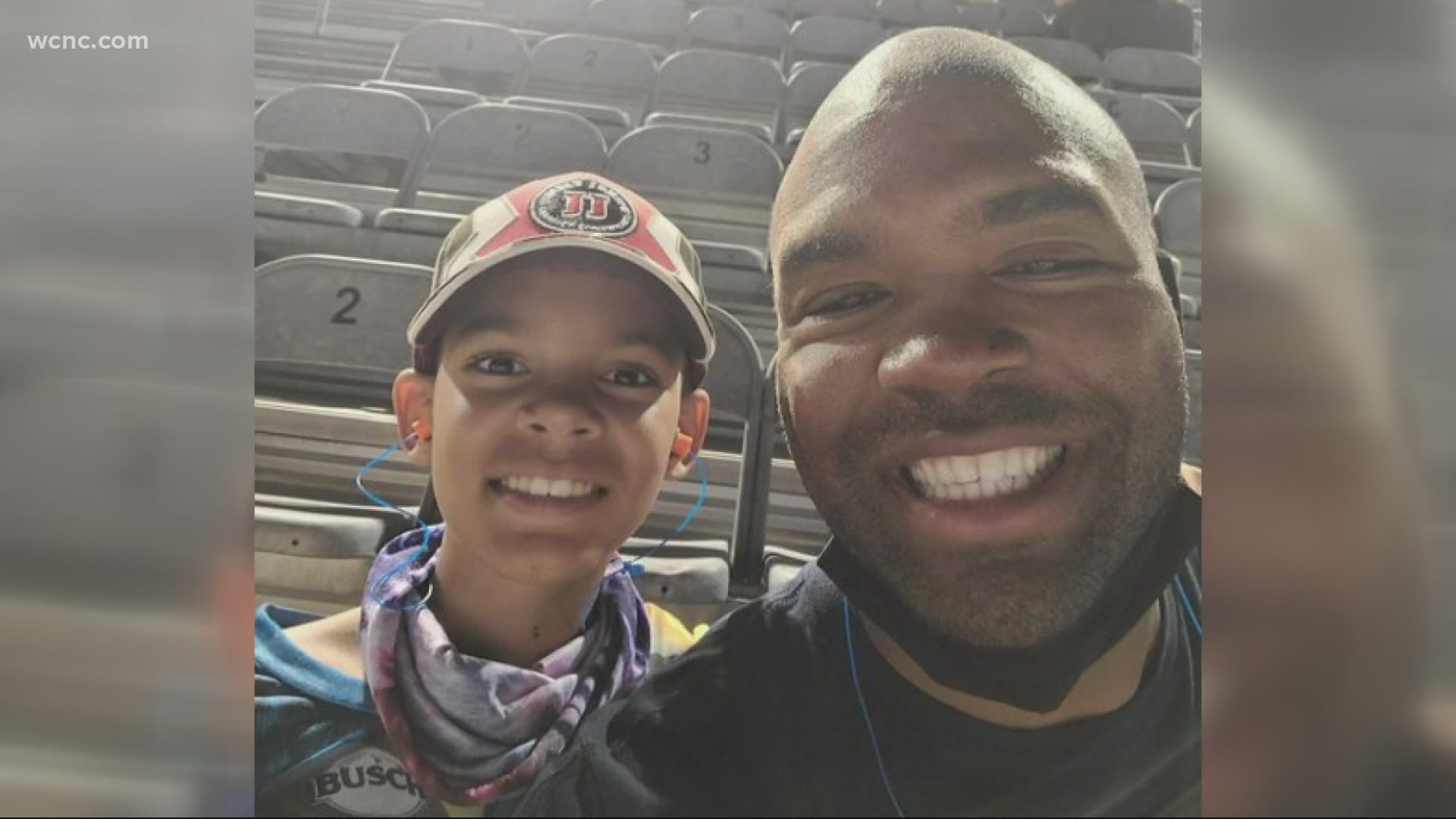 Kevin Harvick raced his way to a victory in the Southern 500 on Sunday in the first race of the Cup Series Playoffs. While that was a huge moment for Harv and the No. 4 team, it also provided a moment for Aaron Parks and his son Cameron when Cameron was chosen to give the checkered flag to Harvick after winning the race.

"I was just like wait, they're talking about me? They want me to go up there?" Cameron Parks explained.

What happened next took them both by surprise. Instead of Harvick saying thank you and taking the flag, he told Cameron to keep it.

"I was just shocked. I was just frozen. I was trying to keep my cool, but inside I was like ahhhh! It meant a lot to me because I've been his fan for a while," Cameron Parks said.

"It honestly brought a tear to my eye because I just couldn't believe what was happening. I was just so excited for Cameron to be able to experience that moment," Aaron Parks said.

I've got 2 special guests joining me on @wcnc tonight!

Aaron Parks & his son Cameron, who @KevinHarvick gave the checkered flag to after the Southern 500!

However, that special moment, almost didn't happen. After attending a handful of races previously hoping to see Harvick cross the finish line first in person and it not happening, Cameron had decided he was bad luck for Harv so the Parks decided to leave the race a few laps early while Chase Elliott and Martin Truex Jr. battled for the lead, thinking once again they would miss out on seeing the No. 4 car taking the checkered flag.

"We were sad. We were going out in the parking lot and we were almost out of the race track and my buddy text me and says 'Harvick's got it now'. I'm like what do you mean Harvick has it now? We popped up the NASCAR App and sure enough Harvick is in the lead. I look at Cameron and he looks at me and we just say okay we got to run back and so we go on a dead sprint back to the track," Aaron Parks said.

While these two soaks in a very special moment, the act of kindness by Harvick doesn't go unnoticed.

"Seriously I hope Kevin gets to see this. I just really want to thank him for doing that. He didn't have to do that. He could have just easily taken the checkered flag and been done, and I just really want to say thank you to him big time and NASCAR. All the kind words of everybody on social media and everything has just been . . . it really gives you hope in humanity," Aaron Parks said.

Thank you @KevinHarvick for making my son's life! We love you #NASCAR pic.twitter.com/NKTl431L7R