The decision came hours after the ACC canceled its tournament in Greensboro. 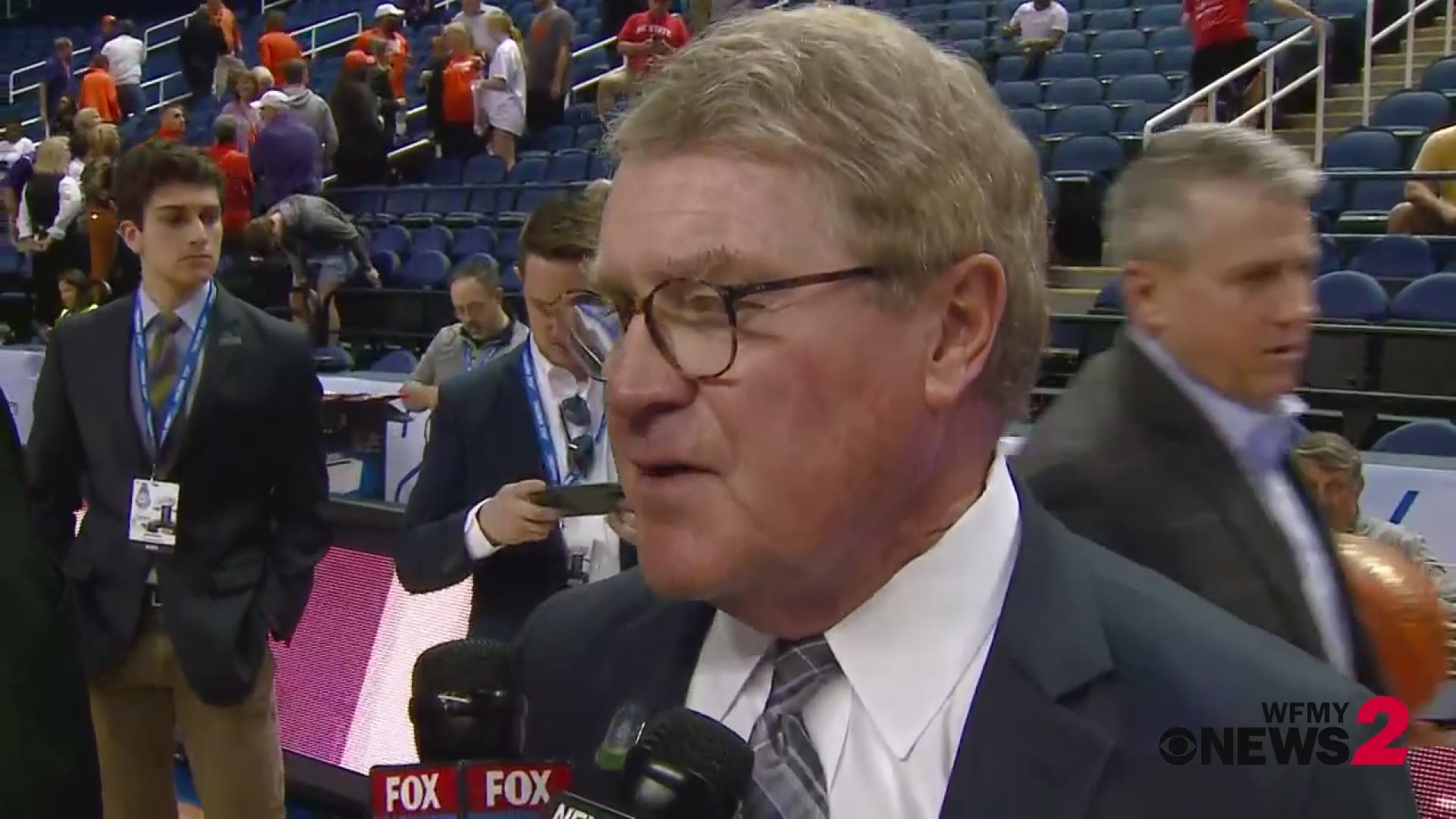 GREENSBORO, N.C. — The ACC said none of the teams will participate in the NCAA tournament until further notice. This comes just three hours after the ACC made the decision to cancel the tournament at the Greensboro Coliseum.

Here's the latest statement from the ACC:

“The Atlantic Coast Conference has suspended all athletic-related activities including all competition, formal and organized practice, recruiting and participation in NCAA championships until further notice. The decision was made following consultation with the league’s presidents and athletic directors to mitigate the further spread of COVID-19.”

Moments before tipoff on Thursday, the ACC canceled the remaining games of the tournament due to growing concerns over coronavirus.

“Following additional consultation with the league’s presidents and athletic directors, and in light of the continued conversations surrounding the fluidity of COVID-19, the Atlantic Coast Conference will immediately cancel the remainder of the 2020 ACC Tournament. For NCAA Tournament automatic qualification purposes, Florida State will represent the league as the ACC Champion. We are disappointed for our student-athletes, schools and fans to have to make this decision; however, the overall health and safety of all involved is the priority,” the ACC stated.

Earlier today, ACC Commissioner John Swofford said the games would go on without fans, but he reiterated that the situation could change at any time during the tournament. The situation went from no fans to no games in less than 12 hours.

"If we need to make a change in the next few days, we will do so, that's the type of fluid situation we're in," said Swofford.

The quarterfinal match-ups were supposed to begin at 12:30 p.m.

Late Wednesday night, tournament officials announced the rest of the games would only be conducted with essential personal and fans would not be allowed to attend.

The move comes as officials across the country, both inside and outside the sports world, try to get ahead of the coronavirus outbreak.

As for the future of another ACC tournament where Greensboro would get first preference as a host, Swofford didn't commit to anything but said: "my heart bleeds for Greensboro."

RELATED: ACC Tournament Guide | Bracket updates and how to watch

RELATED: How can I get my NCAA Tournament March Madness tickets refunded?