The Gamecock legend and 2020 WNBA MVP got a chance to see her statue in person for the first time on Monday. 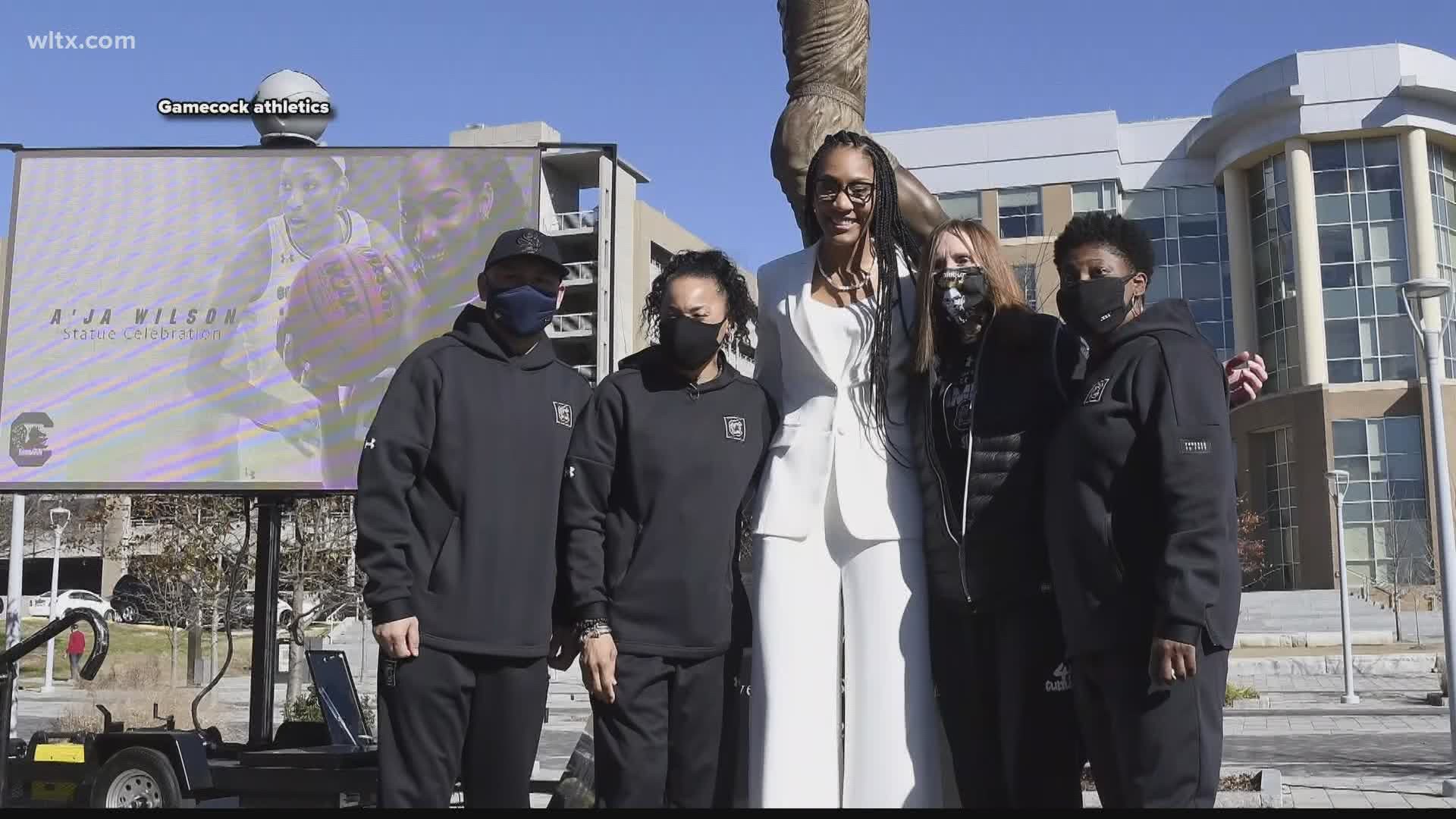 COLUMBIA, S.C. — Gamecock legend and 2020 WNBA MVP A'ja Wilson finally got a chance to see her statue in person for the first time on Monday.

"The statue represents women's basketball as a whole, it's the right thing to do for the right person at the right time." Said Staley.

A Midlands native, Wilson emotionally detailed what the statue means to her and her family.

“I think about my late grandmother,” Wilson says. “"When she was a child she couldn't even walk on this campus, the same grounds that she couldn't walk on now houses a statue of her granddaughter."

WATCH - @_ajawilson22 shares a message about her grandmother during her statue unveiling.

"When she was a child she couldn't even walk on USC's campus, the same grounds that she couldn't walk on now houses a statue of her granddaughter."

In Wilson’s four years at Carolina, she created a lasting legacy, winning the SEC Player of the Year award three times and she also led the Gamecocks to their only National Championship in 2017.

After leaving Carolina, she was drafted by the Las Vegas Aces in the WNBA draft.

She wasted no time getting to work as she was named WNBA Rookie of the Year in her rookie season.

This past season, she was named WNBA MVP and led the Aces to the WNBA Finals.

Wilson has also been a role model off the court. She has been a strong advocate for Social Justice and Racial equality.

She hopes her statue will serve as an inspiration to everyone that sees it.

“Little girls can look at that statue and say she was her but she was in her community as well,” Wilson says. “It’s great to have a statue in your hometown, I love Vegas, but it’s nothing like coming home and seeing that you’re still here.”

WATCH - A'ja Wilson (@_ajawilson22 ) on what celebrating her statue on #MLKDay means:

"Change doesn't happen overnight but you want to be apart of something that plants seeds, so little black girls can look and see it."

A true leader on and off the court🐐 @WLTX #Gamecocks pic.twitter.com/NHBgJHMCCn