Former Gamecock great A'ja Wilson was in Columbia Monday for a special ceremony to officially commemorate her statue. 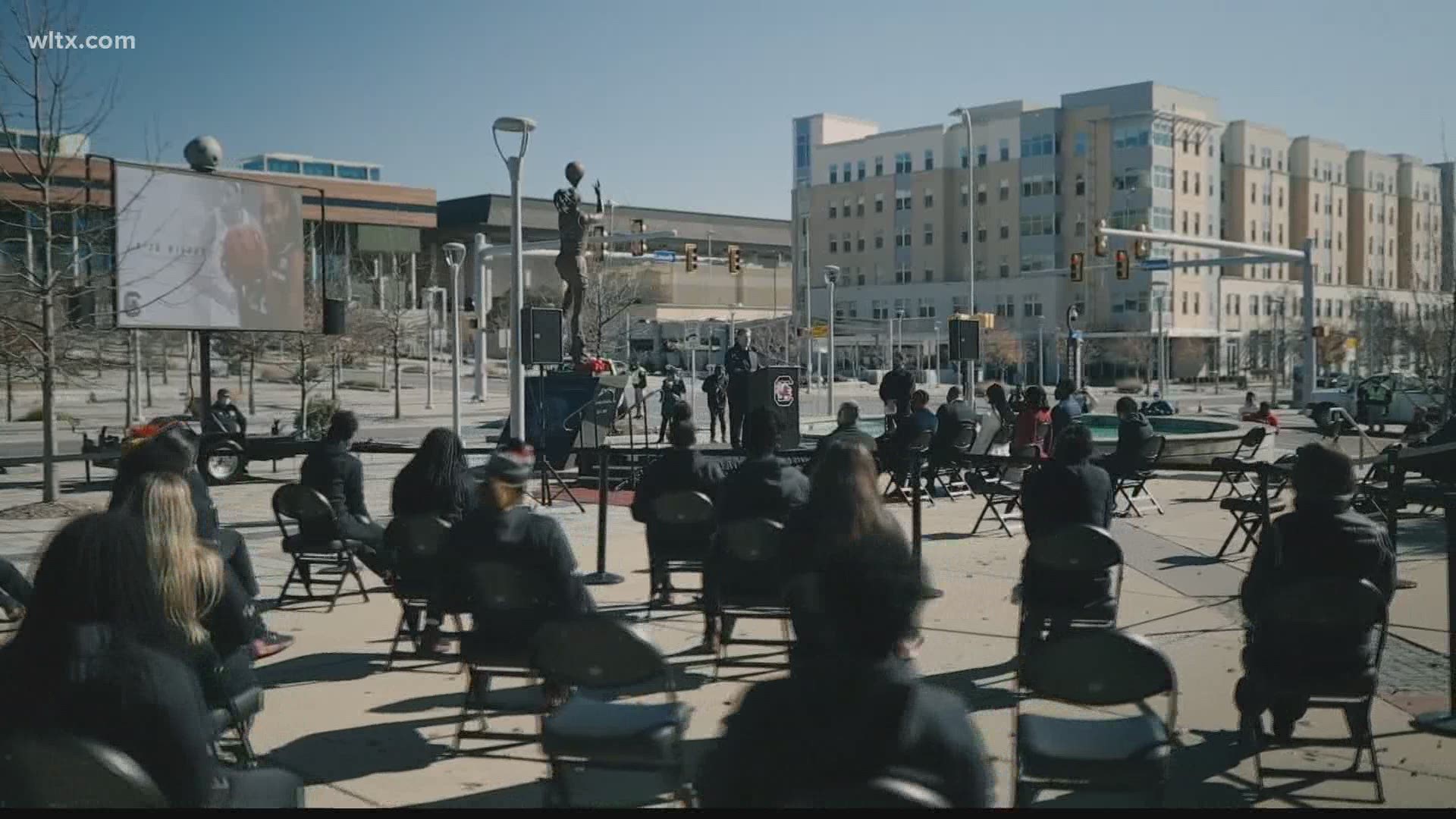 COLUMBIA, S.C. — It was fitting that the ceremony unveiling a statue of A'ja Wilson was held on Martin Luther King Day.

One of the most decorated athletes in the history of Gamecock athletics, Wilson led South Carolina to its first national championship in basketball as a junior in 2017. The Heathwood Hall graduate is a product of Columbia and she was understandably moved by having a permanent reminder of her legacy on the grounds of the Colonial Life Arena.

But her most emotional moments was thinking of her late grandmother who endured her own challenges during the Civil Rights Era.

"My grandmother, Hattie Rakes, grew up in this area, actually four blocks from the Governor's Mansion to be exact," Wilson said through tears.

The 11-foot bronze statue was made possible by private donations from the late Dodie Anderson, Darius Rucker and South Carolina head women's basketball coach Dawn Staley. The figure was sculpted by Julie Rotblatt-Amrany of The Fine Art Studio of Rotblatt-Amrany in Highwood, Ill. That studio has done many athletic statues, including Michael Jordan, Kareem Abdul Jabbar and Magic Johnson. The Wilson statue has been in development for nearly a year with the installation processing beginning last Thursday.