Why did the AJC Peachtree Road Race become so popular?

It started as a more intimate run that's become one of Atlanta's signature annual events. 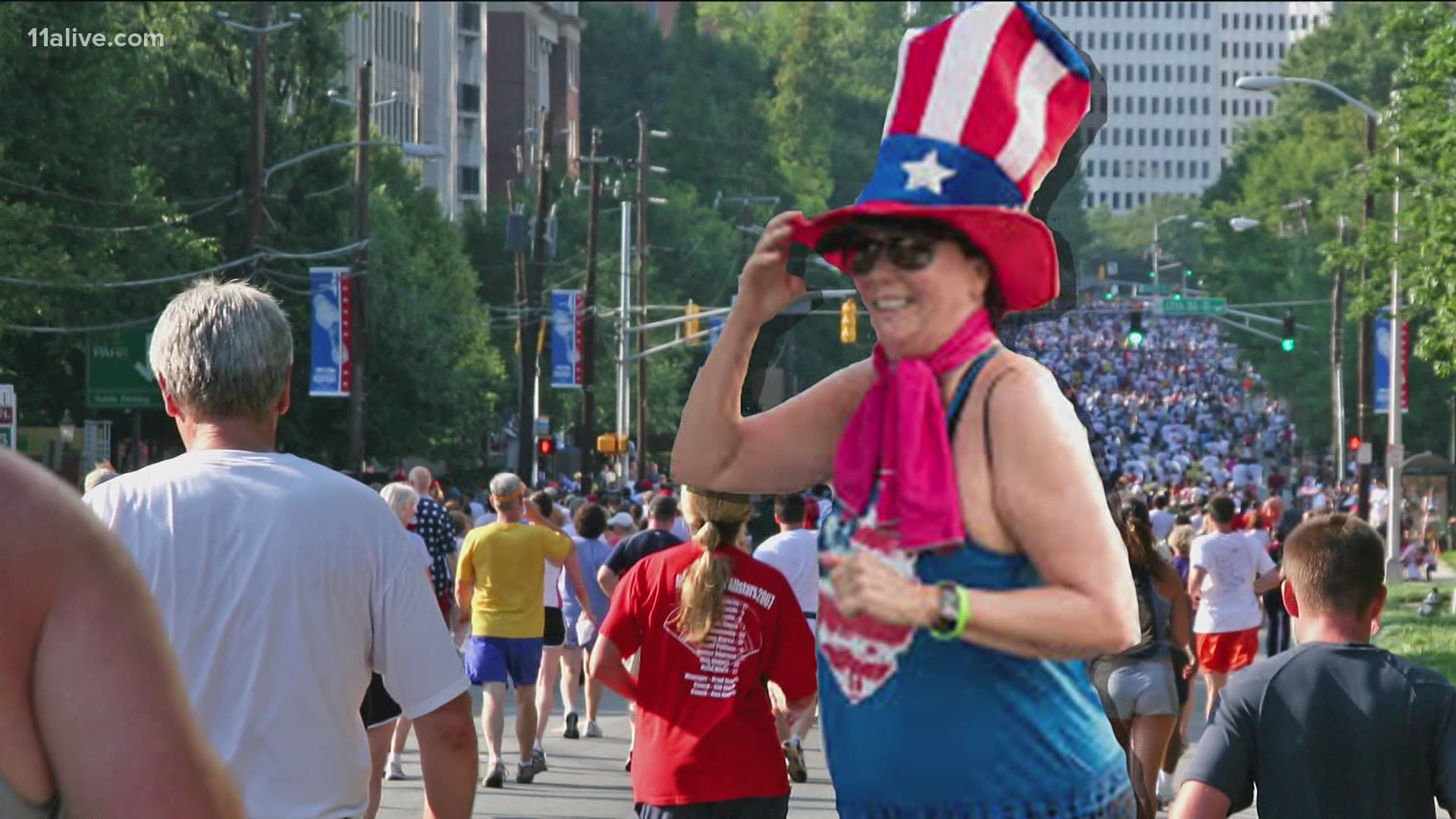 ATLANTA — As the years go by, it grows in size and celebrity.

From its humble beginnings, with just over a hundred finishers, to its current status as the world’s largest 10K, the popularity of the AJC Peachtree Road Race is something early competitors never imagined.

“It really became a gift to the city," said Sam Benedict, a longtime participant.

There are several reasons why Atlanta’s premier Fourth of July event is so popular with so many.

RELATED: This is what's different at the AJC Peachtree Road Race this year

The very first run down Peachtree came in the summer of 1970, on the cusp of a running boom in the United States. In 1972, Frank Shorter became only the third American to win gold in the Olympic marathon.

“You had Jeff Galloway locally that won the first Peachtree, and he was an Olympian," said Randy Stroud, another longtime Peachtree participant. "You had that local presence also that helped spur on people to want to run."

Atlanta immediately embraced the event. According to race director Rich Kenah, that includes the city officials who have to sign off on everything, from closing streets to providing security.

“You can see that level of support in every agency that comes together to help us plan and execute the event," he said.

It’s a running event that’s not just for runners.

For the athletes in the crowd, there's the opportunity to run with some of the world’s best. But for most, Peachtree’s popularity is all about the camaraderie.

“All races and all ethnic groups and everything in the world is running down Peachtree at the same time,” Benedict said.

An event that began with a select few - now thousands see it as the only way to spend the Fourth of July.