Alex Bowman shares his aspirations for his race team 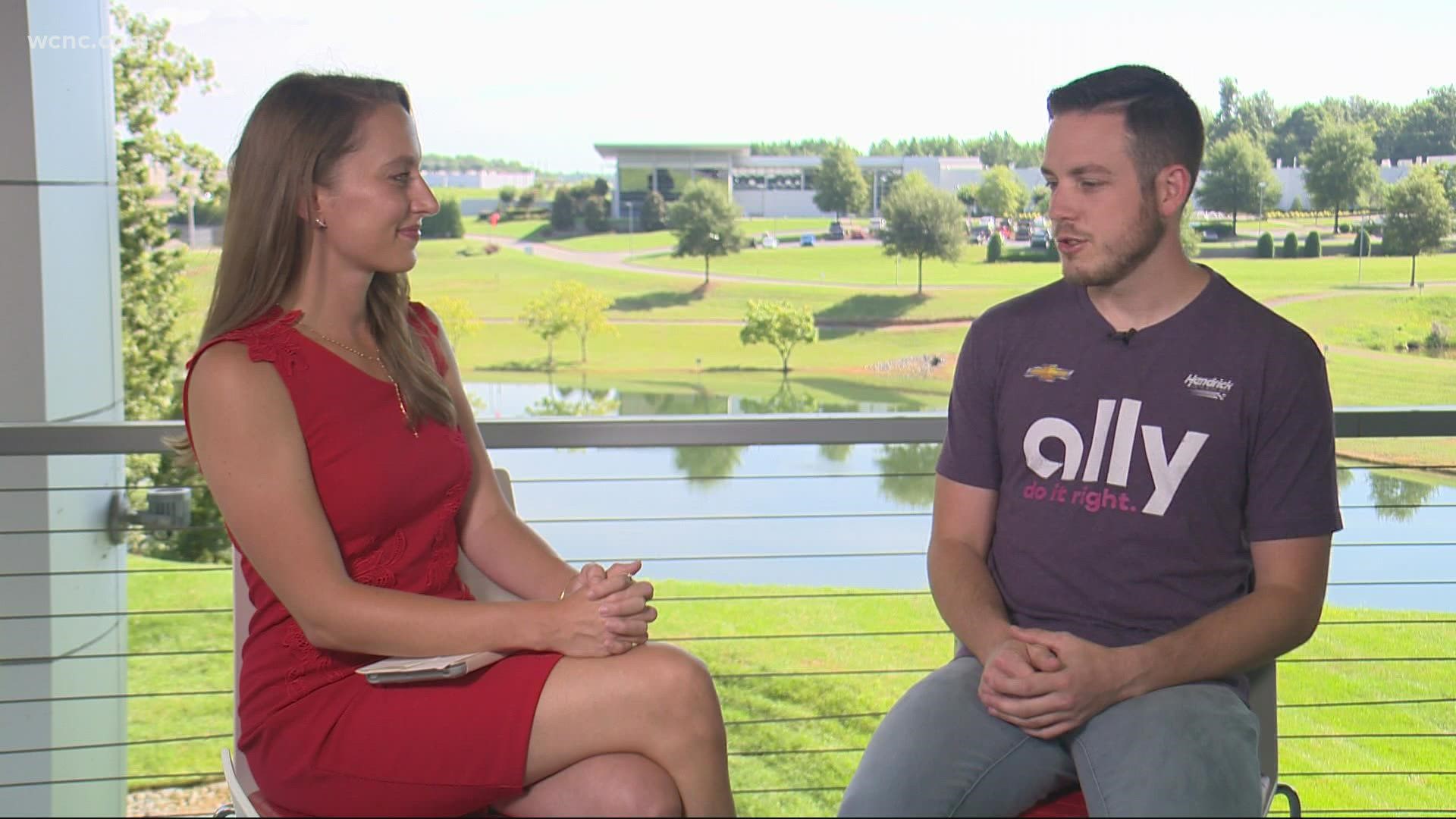 CHARLOTTE, N.C. — Alex Bowman not only competes in the NASCAR Cup Series full-time, but he also runs his own race team, Alex Bowman Racing, during his spare time.

Bowman shared his passion for ABR, what it is like competing as both a driver and owner, as well as his goals for the team's future.

Q: "Is it hard to manage running ABR and driving in the Cup Series?"

A: "Not really. I have a lot going on all the time and my schedule gets pretty thin, but I wouldn't say it's hard. Really the ABR side of things is my hobby and it's what I love to do. Pretty much anytime that Jenna and Kelsey don't have my schedule slammed here at HMS I'm at ABR working trying to help out the team. If I could pick anywhere in the world to be it would be there working on race cars so I really enjoy it. It's been a lot of fun this year. There's really only three of us there so do all the merch, all the races, all the races, and then all the streetcar stuff too it's a lot for three people so we're all spread thin, but it's been a lot of fun."

Q: "You had the two-week break. You chose to go compete and drive for your team. What was that experience like?"

Q: "Then going to Indianapolis you get your first win with Josh Wise, what was that moment like?"

A: "That was really special. Josh was one of my childhood heroes so getting to have him in a race car, period, is special for me, but then also to have him get ABR's first win was really cool. IRP is a place that I finished second at as a driver and as an owner before so finally breaking through and getting a win was cool. Also, I don't think Josh's daughters had ever seen him win a race before so to kind of get to see that happen was really cool and meant a lot to me."

Q: "Longterm goals for ABR, what are they?"

A: "Just to have fun, you know? I get asked a lot if we want to run the full Outlaw schedule and I really don't have any desire to do that. I feel like when you're racing 100 times a year with a sprint car it takes away how fun it can really be if you do it 30 or 40 times a year. So probably between 30 and 40 races a year and a true Outlaw schedule, just racing whatever we want, whenever we want."