Alfredo will pilot the No. 38 Ford Mustang for Front Row Motorsports 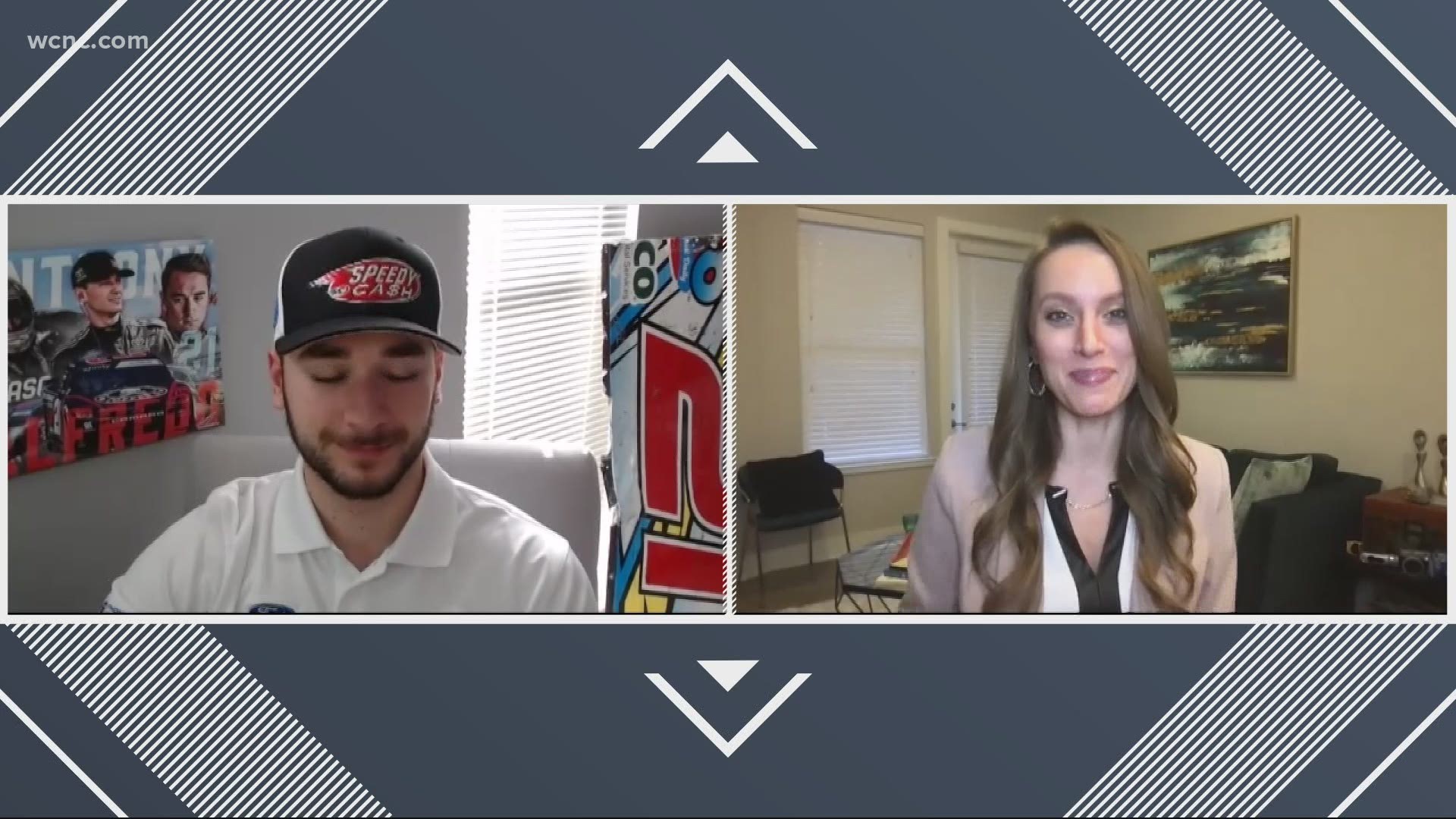 Anthony Alfredo is set to make his Cup Series debut in the Daytona 500 on Sunday. The 21-year-old, nicknamed "Fast Pasta", joined WCNC to discuss his excitement to join Front Row Motorsports and how he's feeling ahead of his debut.

About to head out for practice for my first #DAYTONA500 pic.twitter.com/ay624fGhOU

Q: "You've got a pretty big debut coming up on Feb 14th. Your first-ever Cup start, it's going to be the Daytona 500. How are you feeling about everything?"

A : "I'm honestly just really excited. Definitely a little bit nervous, but the good kind of nervous. I feel like there's always some sort of nerves floating around before every single race. I think if you didn't have that then you didn't really love what you're doing, right? I'm just very anxious and excited to get the season started."

Q: "I feel like you've kind of been on this fast track the last few years to get here. It's a spot where so many drivers dream of and you're so young and here you are with a full-time ride in the Cup Series so just knowing that this is where you are right now, how does that make you feel?"

A: "It's surreal. It definitely hasn't fully set in yet and it probably won't until I get down to Daytona and strap into my Speedy Cash Ford Mustang for the first time. It's flown by since the announcement and since I first signed. I literally feel like I signed my contract yesterday and all the sudden we are leaving for Daytona this week, which is unbelievable."

Q: "Has there been a piece of advice anyone's given you leading up to heading up to Daytona that's stuck with you?"

"I was actually speaking to Max Papis on Friday and he was telling me that the Daytona 500 and the Indy 500 were the two races of his career that probably stick out the most in his mind and he said he'll never forget everyone he ran, but the one that sticks out the most to him was his first one. He said you think about it there's only 40 drivers in the field and to be one of those guys is something that you might overlook and you don't think of it in the moment. He said I look back on it and it's unbelievable and really cool I got to do that so he's like soak it in and appreciate it, what you're doing because it's not something that everyone gets to do."