Atlanta left little to doubt, breaking open with an early leading and cruising to an easy Game 3 win on Thursday. 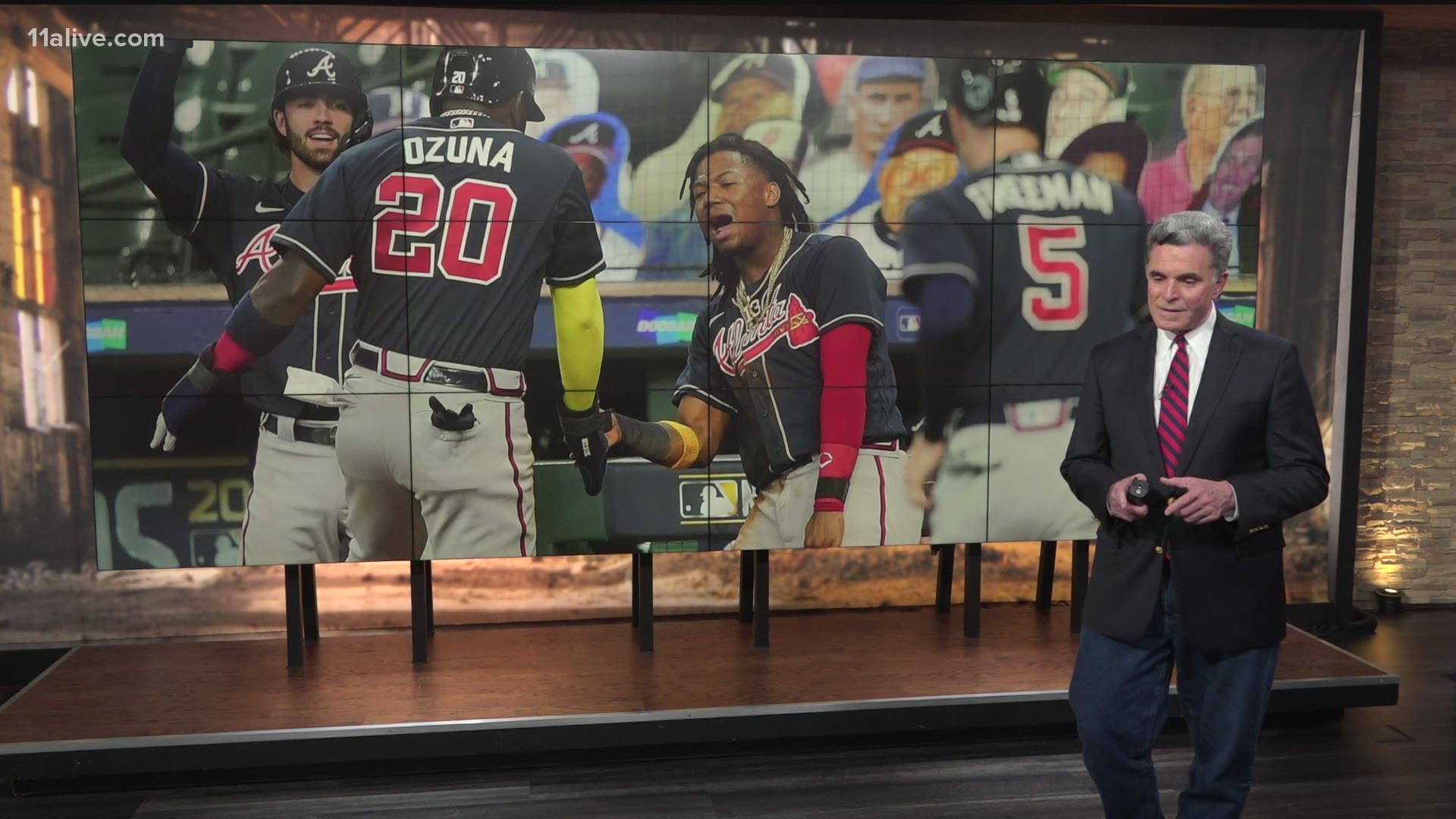 ATLANTA — A generation of 30-somethings grew up knowing the Braves only as a power house - in the NLCS or World Series seemingly every year, in the 90s it was practically inevitable.

Now a new generation is getting to finally see a Braves team like that.

Atlanta advanced to the National League Championship Series for the first time since 2001 on Thursday, unceremoniously dusting off the Miami Marlins, 7-0, for a three-game sweep.

To this point, the Braves have not lost a game in these expanded 2020 playoffs, going 5-0 through the first two rounds. They have not allowed a run in four of those games, and have outscored their opponents in total 24-5.

It's been a remarkably dominant run so far.

Despite starter Kyle Wright having to dance around some dicey situations early, Thursday offered mostly more of the same.

Atlanta piled up four runs in the third inning, two of them on a mammoth double off the wall by catcher Travis d'Arnaud, who continued a monster series. Signed from the New York Mets in the offseason, the 31-year-old had two home runs, two doubles and seven RBIs in the series.

They added a further run in the fourth, two in the fifth, Wright settled down and completed six scoreless innings, and that was basically that.

Atlanta now sits four wins away from their first trip to the World Series since 1999.

Their likely opponent will be the Los Angeles Dodgers, up 2-0 in their series against the San Diego Padres. LA will present a tall task to overcome: The Dodgers had, by far, the best record of the shortened MLB season, winning 47 of their 60 games. They have been to the World Series in two of the last three years - and will be hungrier than ever to get there and win, having lost both their trips and establishing themselves as the firm favorites to win it all this year.

The last time the two teams met, in 2018, Los Angeles comfortably knocked Atlanta out 3-1 in the Division Series.

But it's unlikely much any of that will bother the unbeaten Braves, who are riding a high they haven't matched in nearly two decades.