Blue Jays not allowed to play games in Canada; Buffalo an option for upcoming season

An official familiar with the matter told The Associated Press earlier Saturday the federal government had denied the request. 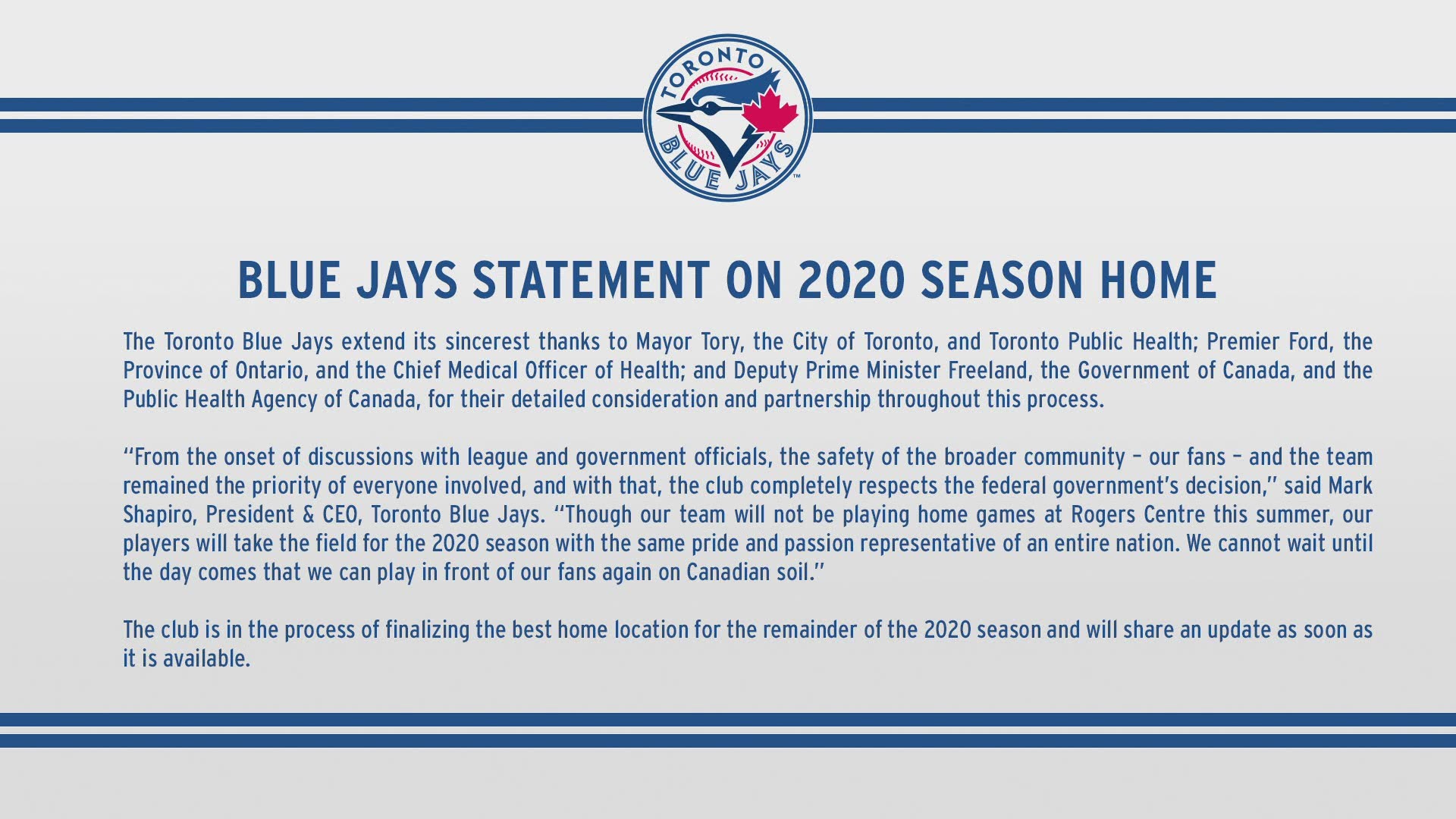 TORONTO, ON — The Blue Jays have been denied approval by the Canadian government to play in Toronto amid the coronavirus pandemic. Immigration Minister Marco Mendicino made the announcement in a statement.

An official familiar with the matter told The Associated Press earlier Saturday the federal government had denied the request. MLB needed an exemption to a requirement that anyone entering Canada for nonessential reasons must self-isolate for 14 days.

The team was informed of the decision in a phone call.

Here’s the full statement from @marcomendicino on why the Jays can’t play in Toronto pic.twitter.com/KvIwqj1UrZ

The Blue Jays' alternate site for home games is the team's training facility in Dunedin, Florida, one of the states hardest-hit by the virus.

When contacted by 2 On Your Side on Saturday, The Buffalo Bisons said they had no official comment on the situation but it is clear Sahlen Field in downtown Buffalo remains an option for Blue Jays home games during the upcoming shortened season. Buffalo is the AAA affiliate of the Blue Jays. The Bisons 2020 season was canceled because of COVID-19.

Major League Baseball is about to start a 60 game season with teams playing in home stadiums but no fans in attendance due to COVID-19.

Buffalo Mayor Byron Brown said on Twitter Saturday afternoon that he would love to see the Blue Jays play at Sahlen Field.

As Mayor of Buffalo, I would love to see the @BlueJays play at Sahlen Field.

Erie County Executive Mark Poloncarz also chimed in on social media, saying he would like to find a way to make it happen.