Blaney wins at Talladega after NASCAR unites behind Wallace 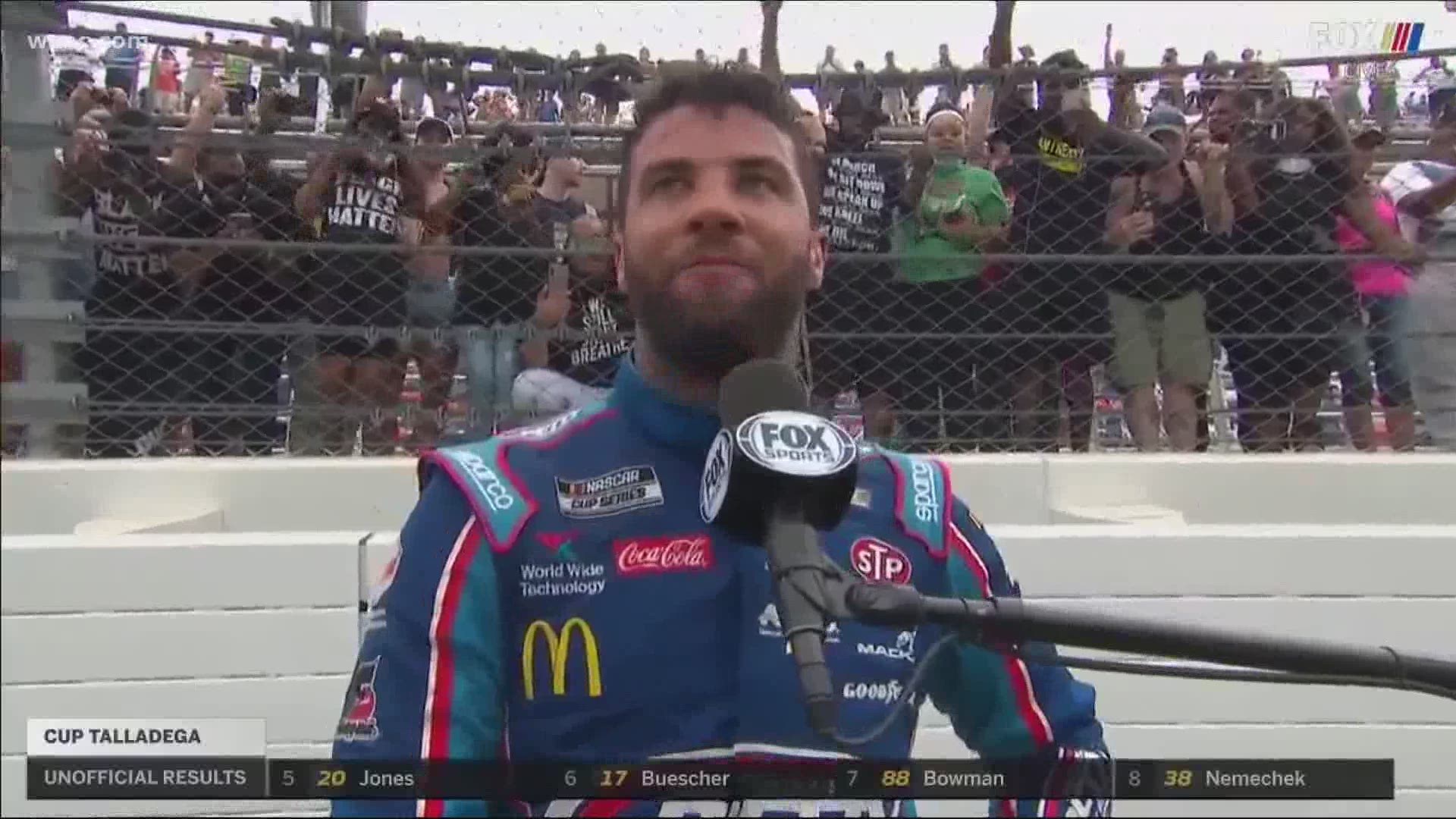 TALLADEGA, Ala. — Ryan Blaney held onto the lead after a restart with two laps to go, earning his second straight win at Talladega Superspeedway on a day that began with NASCAR drivers throwing their support behind Bubba Wallace.

Blaney nipped Ricky Stenhouse Jr. at the finish line for his fourth win and first since Talladega in October, albeit this time before a mostly empty venue.

It was a race marked by support for Wallace instead of another Big One at Talladega, though there was mayhem behind Blaney on the final lap and he also pushed Erik Jones into the wall near the finish.

RELATED: 'That was a cowardly act and they fear you' | Bubba Wallace's mother opens up after noose found in garage