Charlotte lost to the Nuggets, but were helped by the Bulls loss to Brooklyn 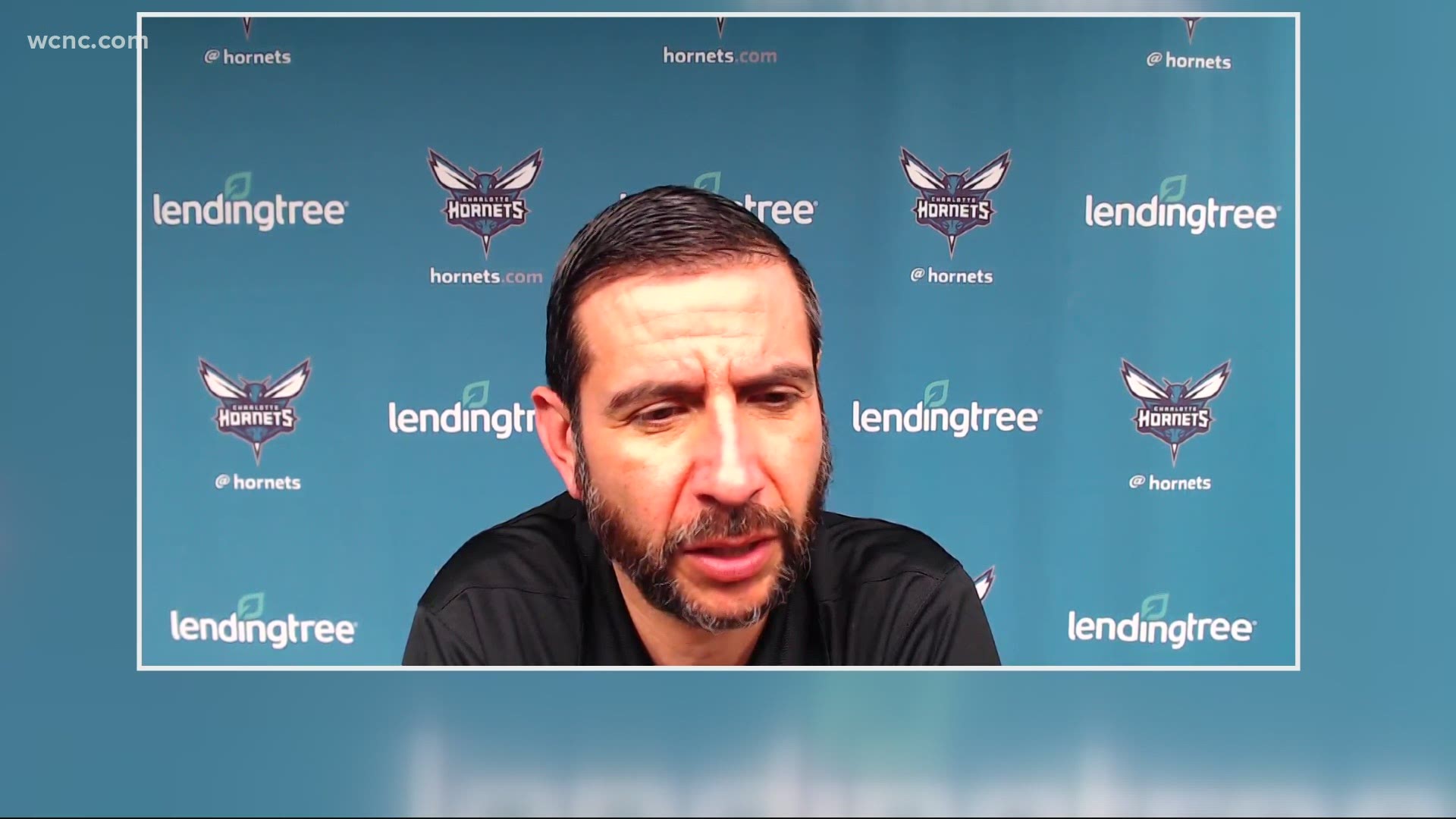 CHARLOTTE, N.C. — The Charlotte Hornets lost the game, their coach was ejected, and they still landed in the NBA's Play-In Tournament.

Charlotte lost to Denver, 117-112, but the Chicago Bulls loss to Brooklyn meant the Hornets clinched at least the No. 10 seed in the east, and a spot in the league's new, expanded postseason.

Charlotte can improve its position all the way to the No. 8 seed if it has enough success over its final three games of the season.

Devonte' Graham scored 31 points in his return from injury, including 14-consecutive fourth-quarter points.

Despite achieving a spot in the play-in, the Hornets were not celebrating.

Bulls lose to Nets, which means #Hornets have clinched at least the No. 10 seed and a spot in the #NBA Play-In Tournament next week.

"No room for celebration, no," Borrego said. "We've got a lot of work to do. We've got to get better."

Charlotte hosts the LA Clippers on Thursday night before closing the regular season this weekend at the Knicks and Wizards.

"We've got to figure out ways to close games, "Graham said. "We don't want to put our destiny in nobody else's hands, we want to control our future."