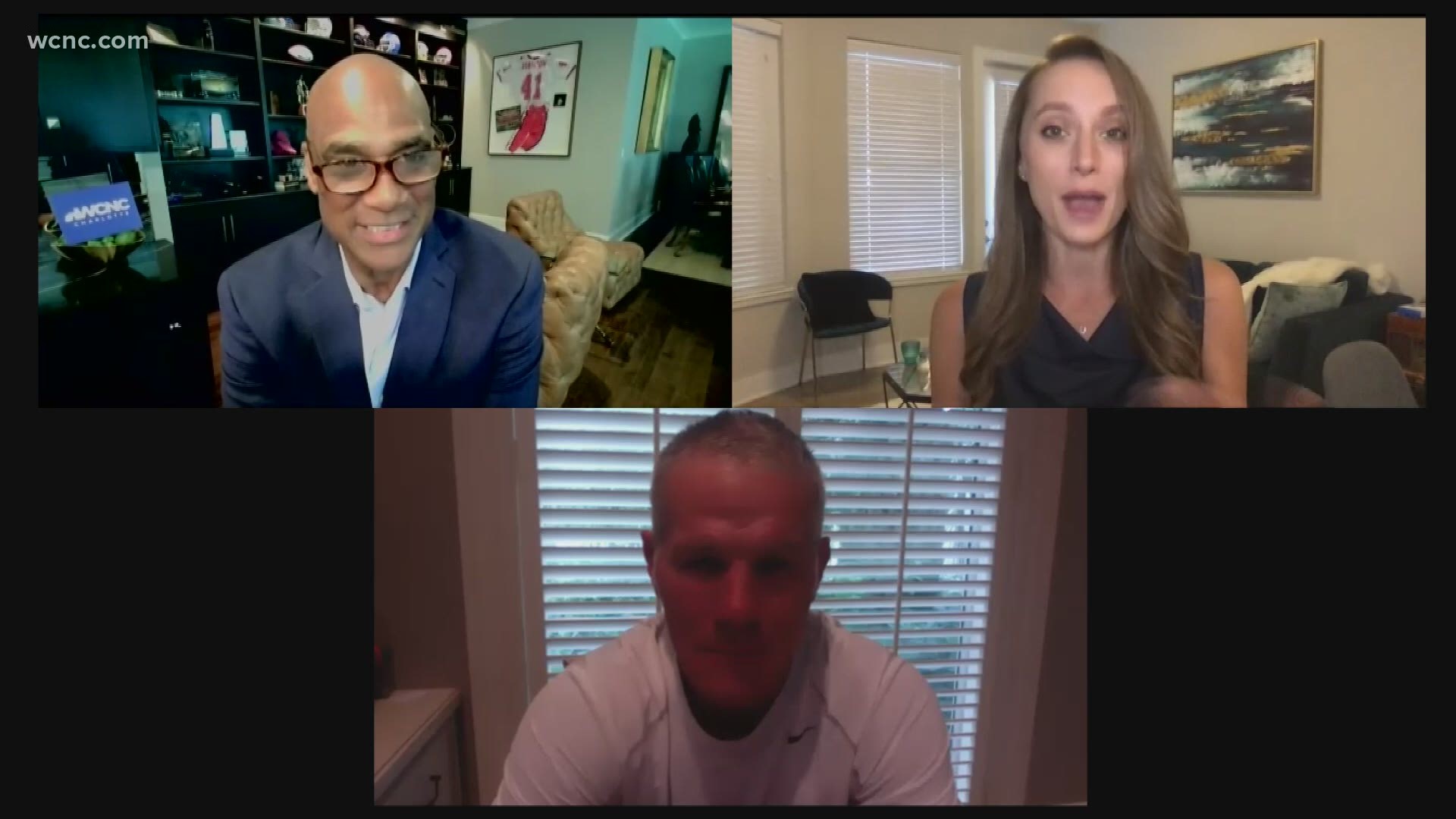 Q: "As a former player in the NFL, you look at what the league is facing this season. What are your thoughts on training camp starting this week, getting players ready and attempting the season?"

A (Favre): "All of us whether we are playing or not are in uncharted territory. We are in a situation that no one has ever been in before, and I don't think there are any 100 percent right answers, but as a former player and just knowing my mindset I would want to play.

A (Robinson): "Do you know how difficult I think it is for players to get back into game shape without having preseason games, without having the wear and tear of a really true gritty training camp. Football is a tough sport. Football is a demanding sport. If not it's almost like 7-on-7, it's almost like flag football. You're going to have guys maybe in flag football shape, but not in pro ready shape, put the helmets on, the pads on ready to go. That's the problem that you have."

Coming up on @wcnc at 5:30PM catch our conversation with @EugeneKRobinson & @BrettFavre on the start of NFL Training Camp & what players are facing heading into the season.@SportsWCNC | #NFL pic.twitter.com/2O2LoUzsvp

Q: "If you're a rookie and this is how your first season is starting what are you thinking and how are you getting in shape for your first ever season in the NFL?"

A (Robinson): "You're in training camp, you're doing your thing, you're trying to make the team, you're trying to impress the coaches and you're hoping that I don't cough, I hope I don't sneeze. You've got other ancillary things that you're thinking about because you don't want someone to say if you're having a good camp - hey he has COVID-19 he's got to get quarantined now. All of those things you've never even thought about, you will be thinking about."

A (Favre): "A lot of the guys are going to make the team based on what they did in college, and a gut feeling if that makes sense from a GM and a head coach sitting there saying well, I think he can do it and that's a shame. It is what it is because there's going to be a lot of guys that have made the roster based on what they did strictly in preseason that will not make a team this year because there won't be a preseason game at all to my knowledge."