"I believe it's time for someone else to take over the reins of the No. 43," Wallace tweeted Thursday. 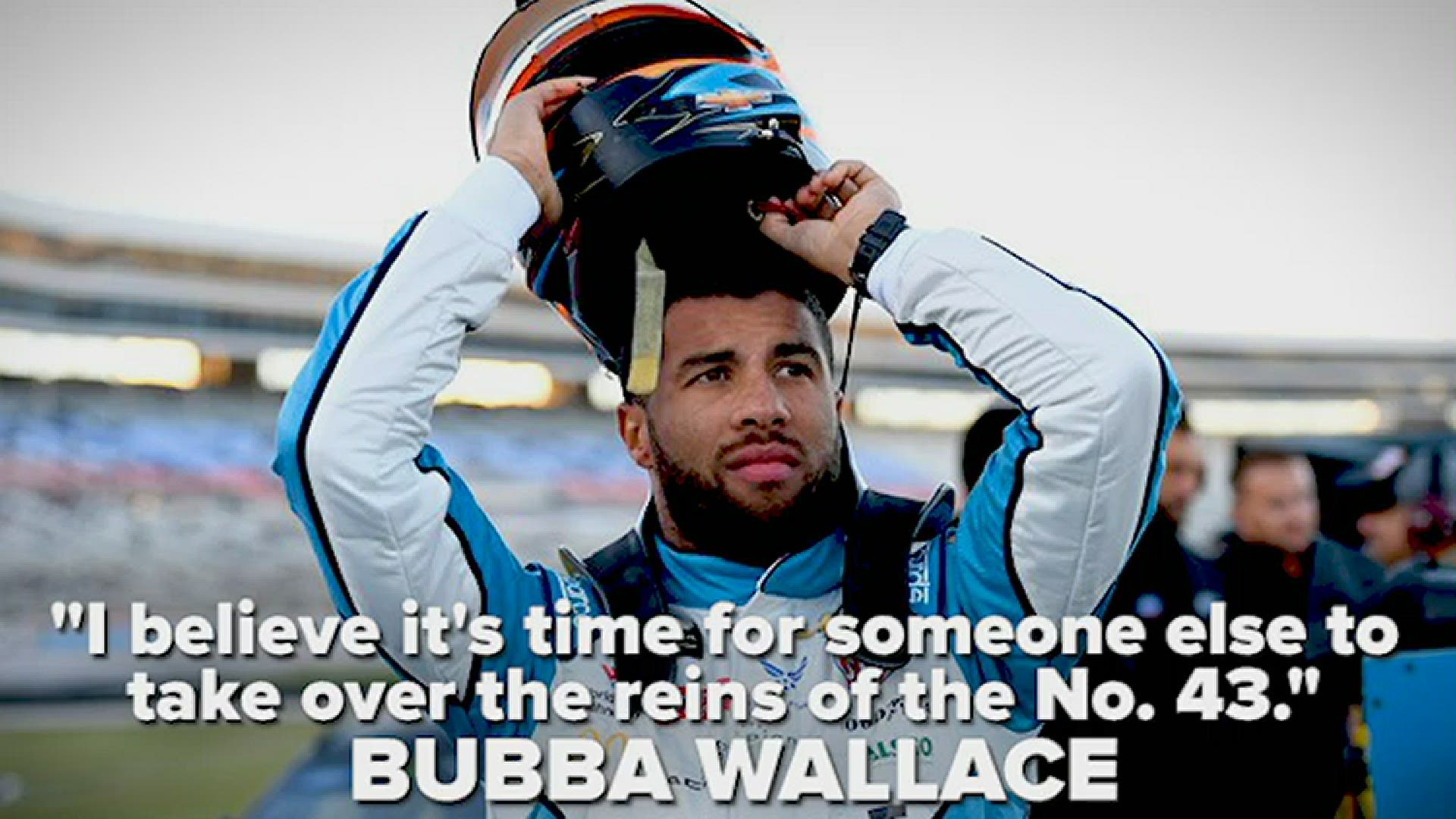 CONCORD, N.C. — (Note: The above video is from a previous story.)

"This was not an easy decision as I have nothing but the utmost respect for Richard Petty and his family, but I believe it's time for someone else to take over the reins of the No. 43," Wallace tweeted. "Thank you to the King and everyone at Richard Petty Motorsports for giving me the opportunity to start my Cup Series career. I've grown so much as a driver and as a person since joining them. We've got nine more races together, and I hope we can finish the 2020 season on high note."

Wallace has been at the forefront of NASCAR's drive for equality that followed the death of George Floyd in Minneapolis. Wallace was instrumental in NASCAR's decision to ban the confederate flag at its events and properties.

Richard Petty Motorsports was at the center of an FBI investigation after a noose was found in Wallace's garage stall at Talladega Superspeedway in June. Investigators determined that Wallace was not the target of a hate crime, saying the noose had been in place since at least 2019.

When drivers and crews next met to race in Talledega after the noose was discovered, the teams held a unified walk down pit road to show their support for Wallace.

Wallace, who was born in Alabama, has taken an active role in the push for racial equality. He has worn a shirt saying “I Can’t Breathe,” and raced with a Black Lives Matter paint scheme in Virginia.

He has not announced the next step in his career.