Rivera said Newton re-aggravated the foot injury he suffered in the preseason during Thursday's loss to Tampa Bay. 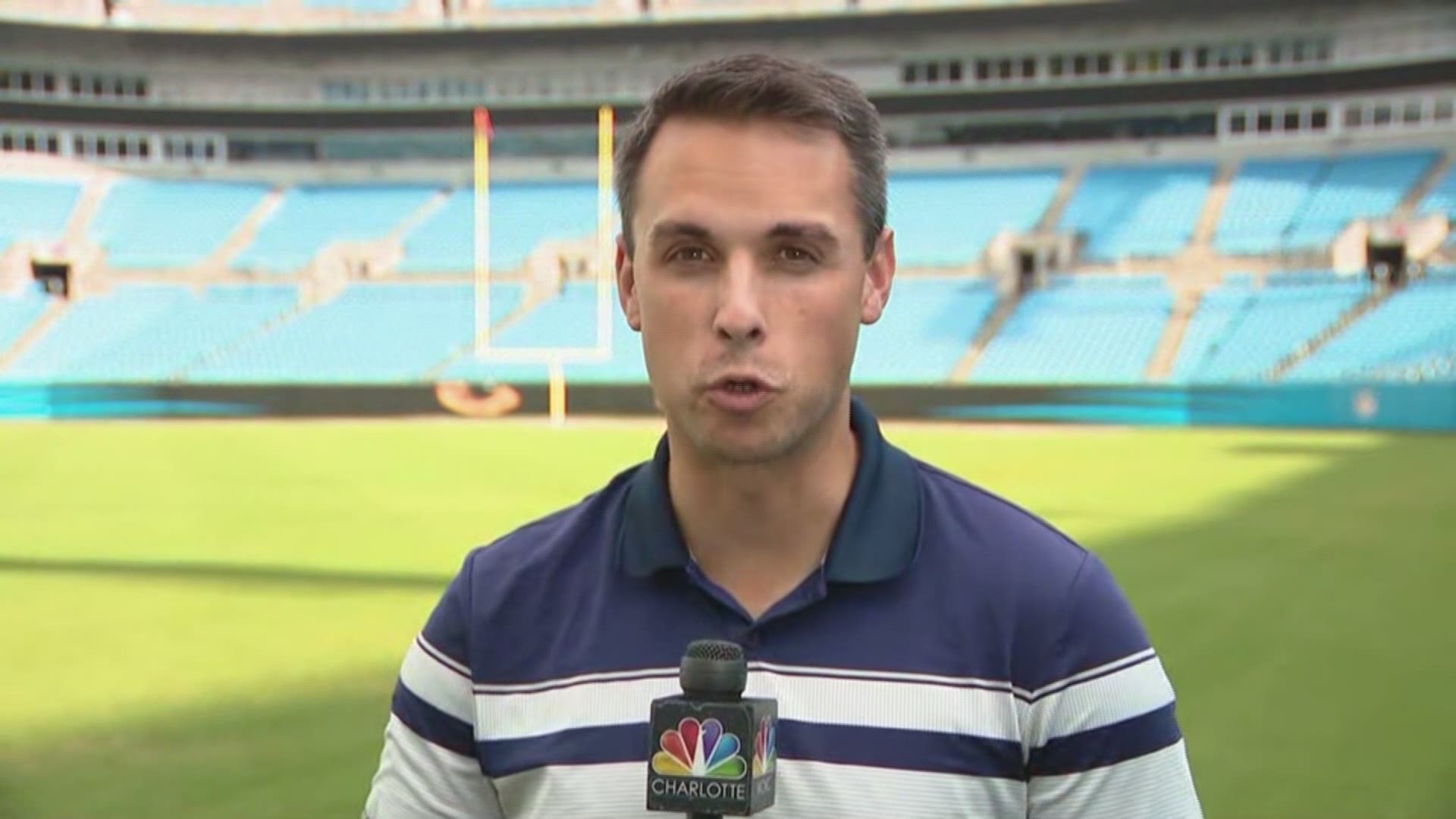 Rivera told reporters Tuesday that Newton will get treatment and they’ll 'adjust it as it goes.' Hurney said Cam is day-to-day.

It was reported after the initial injury that Newton's X-rays were negative and the team believed it was only a sprain. Rivera said Kyle Allen will start for the Panthers at Cardinals on Sunday if Newton cannot play.

“Nobody will know better than him," Ron Rivera said regarding whether Newton would be ready to play on Sunday.

Questions have surrounded Newton's health since he had offseason shoulder surgery, with Panthers fans questioning why the team didn't give Newton the option to run the ball on 4th & 1 from Tampa Bay's 2-yard line last Thursday. After the game, head coach Ron Rivera said the team "felt good" about the decision to give the ball to Christian McCaffrey, who was stopped short of the first down marker.

In recent history, Newton converted 83 of 101 short-yardage runs, including 17 touchdowns. Rivera insisted after the game that Newton's health was not a factor in the play call.

"We felt good about the play scoring a touchdown, unfortunately, it didn't work. And that's all I can tell you," Rivera said after the game.

Newton finished last week's game 25-of-51 for 333 yards passing. He was sacked three times and ran twice for no yards.

RELATED: Another Panthers loss and a valuable lesson learned

RELATED: Panthers lose at home to Buccaneers; team 0-2 so far this season