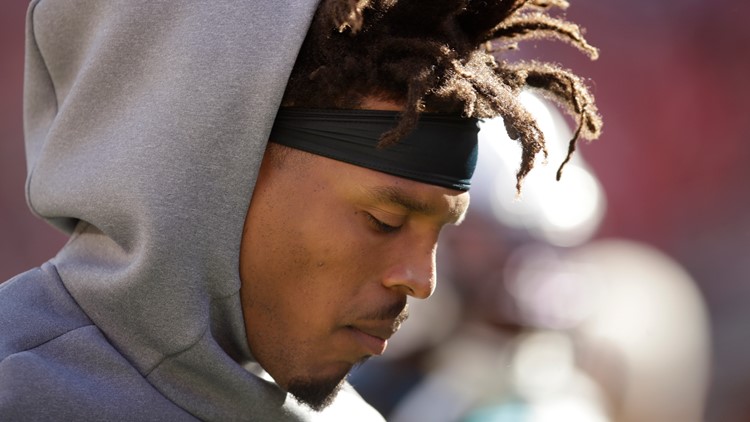 Photo by: AP
Carolina Panthers quarterback Cam Newton stands on the sidelines during the first half of an NFL football game against the San Francisco 49ers in Santa Clara, Calif., Sunday, Oct. 27, 2019. (AP Photo/Ben Margot)

Cam says he will "absolutely" be a Panther in 2020

Despite speculation that he won't be, Cam Newton says he "absolutely" thinks he will be Carolina's quarterback in 2020.

Appearing on the Tiki And Tierney Show on CBS Sports, Newton was asked by co-host Brandon Tierney, "are you going to be back in Carolina? Are you sure you're going to be a Panther?"

The 30-year-old Newton had surgery in December to fix a Lisfranc injury in his left foot suffered in the preseason.

In 2018, Newton led Carolina to a 6-2 start, but more shoulder issues led to his struggles in the second half. Newton missed the final two games of that seaon, and the Panthers finished 6-10.

Newton's contract expires after the 2020 season, and the team could save about $19 million by releasing or trading the 2015 MVP before the campaign begins.

Newton says he did meet with new coach Matt Rhule, as well as owner David Tepper and GM Marty Hurney.

"I had an unbelievable conversation," Newton said. "I left that meeting inspired."