Carolina totaled six sacks and one interception in the win on Sunday. 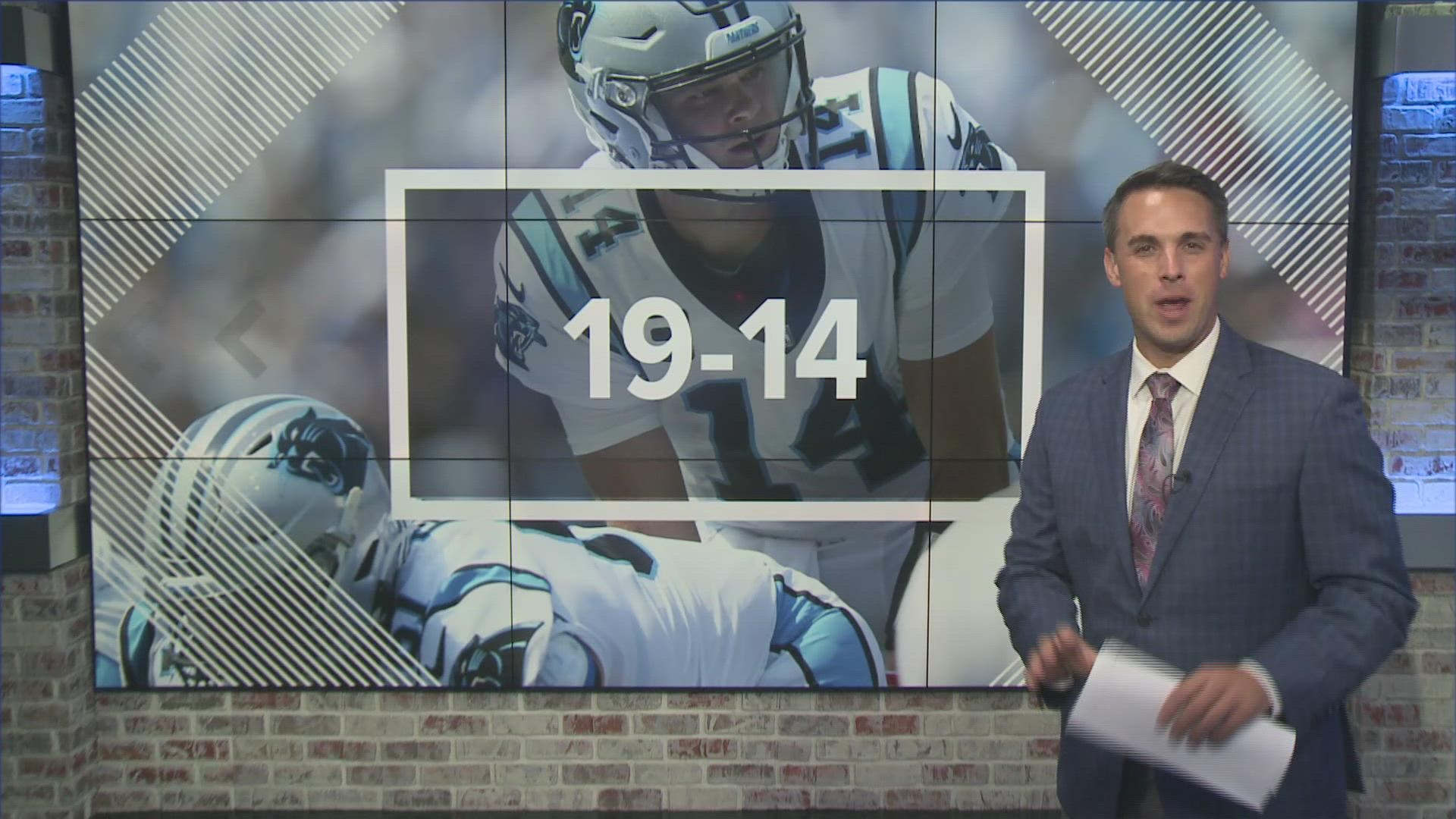 CHARLOTTE, N.C. — Sam Darnold threw for 279 yards and a touchdown and ran for another score against his former team as the Carolina Panthers defeated the New York Jets 19-14 to win their first season opener since 2018.

Did you gain more confidence in Sam Darnold as #Panthers QB after Sunday’s win vs. the #Jets? Why or why not? Answer the poll and comment and we’ll use some of your thoughts tonight at 6 on @wcnc

A healthy Christian McCaffrey piled up 187 yards from scrimmage on 30 touches after missing 13 games last season with injuries.

CMC: “It felt amazing, just to get back out there with the guys and get a win.” #Panthers @wcnc pic.twitter.com/aTXcs5JDDv

Six sacks and a takeaway from #Panthers defense. Wilson did a nice job in the pocket and probably avoided a few more.

Wilson finished 20 of 37 for 258 yards with two touchdown passes to Corey Davis in his first career start.