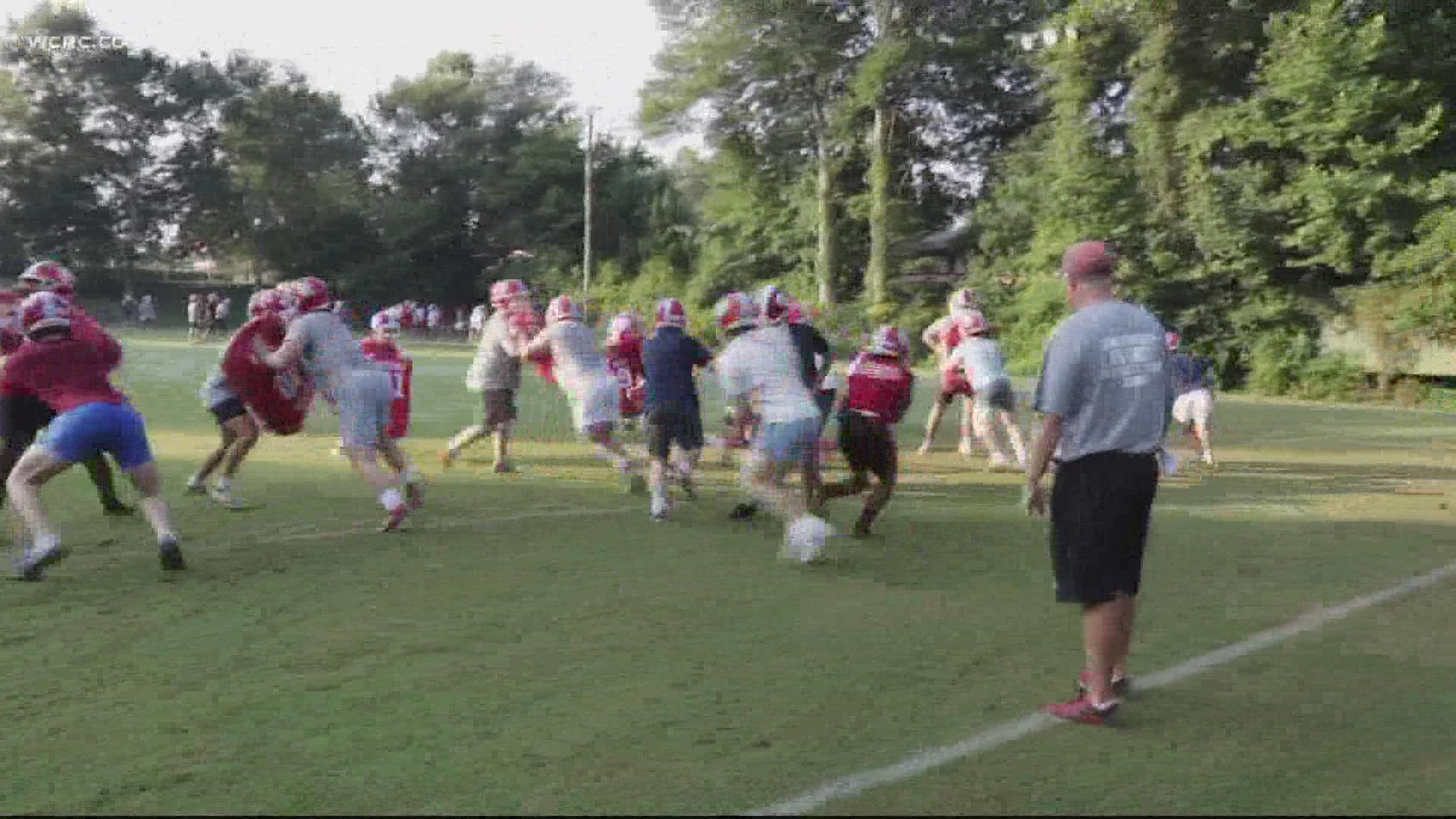 WCNC Charlotte visited the Charlotte Catholic in the morning as the Cougars commenced their quest to win a fifth-straight state championship.

But the four previous titles were in 3A.

With realignment and elimination of subdivisions, Catholic has been kicked up to 4A, the state's highest division reserved for its biggest schools, like two-time defending champion Julius Chambers High School.

"We're going up against the big boys now," coach Mike Brodowicz said. "We're going to play against schools that have 4,000 kids and we have 1,000."

But the culture at Catholic, fostered by Brodowicz, and founded by the late, great Jim Oddo, means challenges are accepted.

The Cougars begin their season Thursday, Aug. 19 against South Mecklenburg as part of Charlotte Kickoff Night.

The first Friday night of football in North Carolina will be Aug. 20.

Catholic won its state championship in early May, as the state played a spring season due to COVID-19.

Unfortunately, the virus is still top of mind as the new season starts.

"That's something out of our control," Brodowicz said. "Hopefully most of these kids have been vaccinated here. We try to do all the safety procedures we did last spring and hopefully keep our fingers crossed."