Charlotte's athletic department has a new pick axe logo and uniforms as part of the Bold Rush branding. 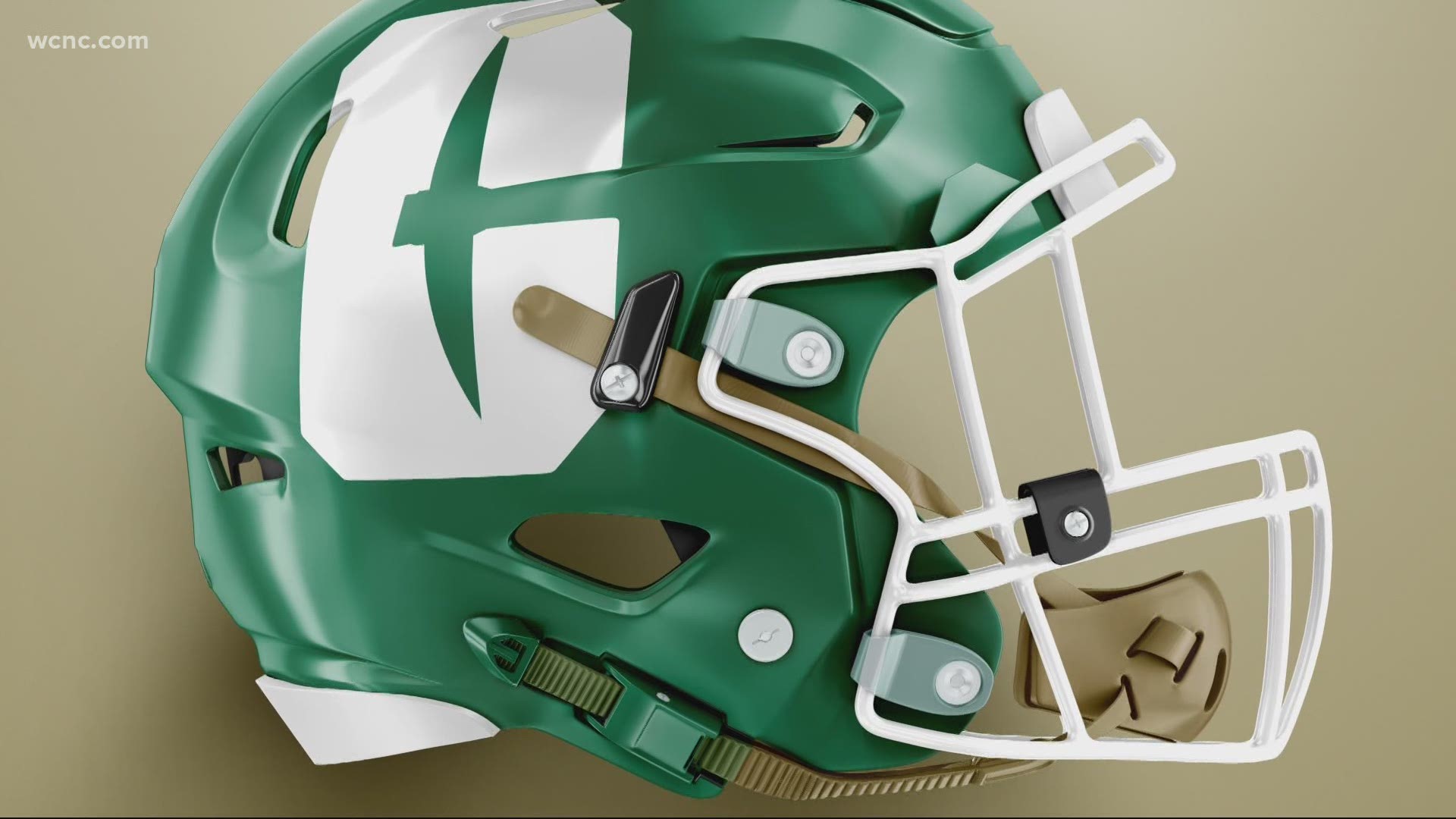 CHARLOTTE, N.C. — The Charlotte 49ers announced a new logo and athletic uniforms as part of their new #BoldRush branding campaign.

The school has a new "CLT" logo, as well as a "C" logo that features a pick axe to represent the 49ers name. The new logo and uniforms will be rolled out for all athletic programs at Charlotte, including the football and basketball programs.

The centerpiece of the new look is a distinctive mark called the “All-In C.” An evolution from the current Charlotte athletics logo, it places the classic 49ers’ gold-mining pick inside a collegiate-inspired “C” with beveled corners, an aggressive stance and a 9-degree forward tilt that illustrates the brand’s positive energy and forward momentum.

49ers fans can download selfie frames, stickers, wallpapers and GIFs to show their support for the new brand at this link.