Charlotte-area golfer moves on to U.S. Open. His dad is his caddy.

Matt Sharpstene qualified to play the tournament as an amateur 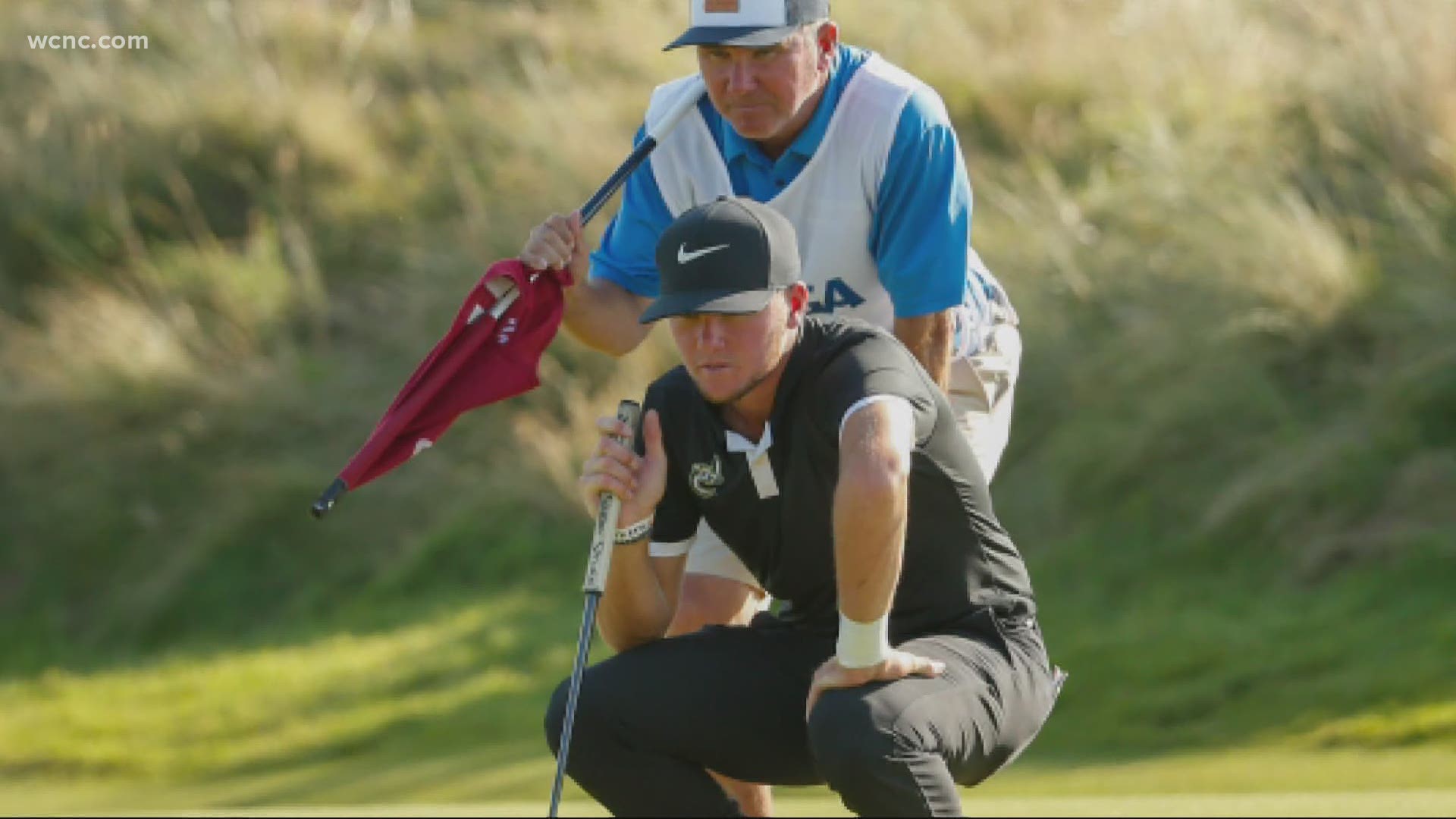 "You start to see some putts go in and it just gives you more confidence," he said.

The Charlotte 49er was able to qualify for the 121st U.S. Open at a regional qualifying event in Dallas last month and prepared by practicing at the program's home course, Rocky River Golf Club in Concord.

"It was surreal," Sharpstene said. "There were some tears. I'm really excited to go tee it up."

Sharpstene is from Charlotte and went to both Hough High School and TC Roberson in Asheville.

He started his collegiate career at West Virginia, but came home to the 49ers and made All-Conference USA This season.

And this week he's walking the famed Torrey Pines Golf Course in San Diego, playing with the giants of the sport.

And he won't have to do it alone. Like any golfer on the tour, Matt will be allowed a caddy; his just so happens to be his dad.

Jeff Sharpstene was in Dallas with Matt when he qualified.

"Yeah it was a little loud, and a few tears for sure," Jeff said.

Today, the 121st U.S. Open begins on @wcnc @Charlotte49ers golfer @MattSharpstene qualified as an amateur and will play Torrey Pines.

On the bag? His dad, @JeffSharpstene

Jeff and Matt have spent countless hours together on the course. Jeff is a local PGA Professional and instructor.

"I'll never forget we walked down the first fairway when he was six, and he was worried about the guy who he was playing with, what kind of shoes he had, what kind of belt he had and he was looking at squirrels," Jeff said. "So a little different than now."

"Can't really put it up any better," Matt said. "Playing in a major, having my pops on the bag."

The Sharpstenes teed off Thursday morning for the first round.

"There's nowhere I'd rather be than hanging out with my boy," Jeff said. "Grinding on a golf course. This one happens to be the U.S. Open. It's a dream come true."