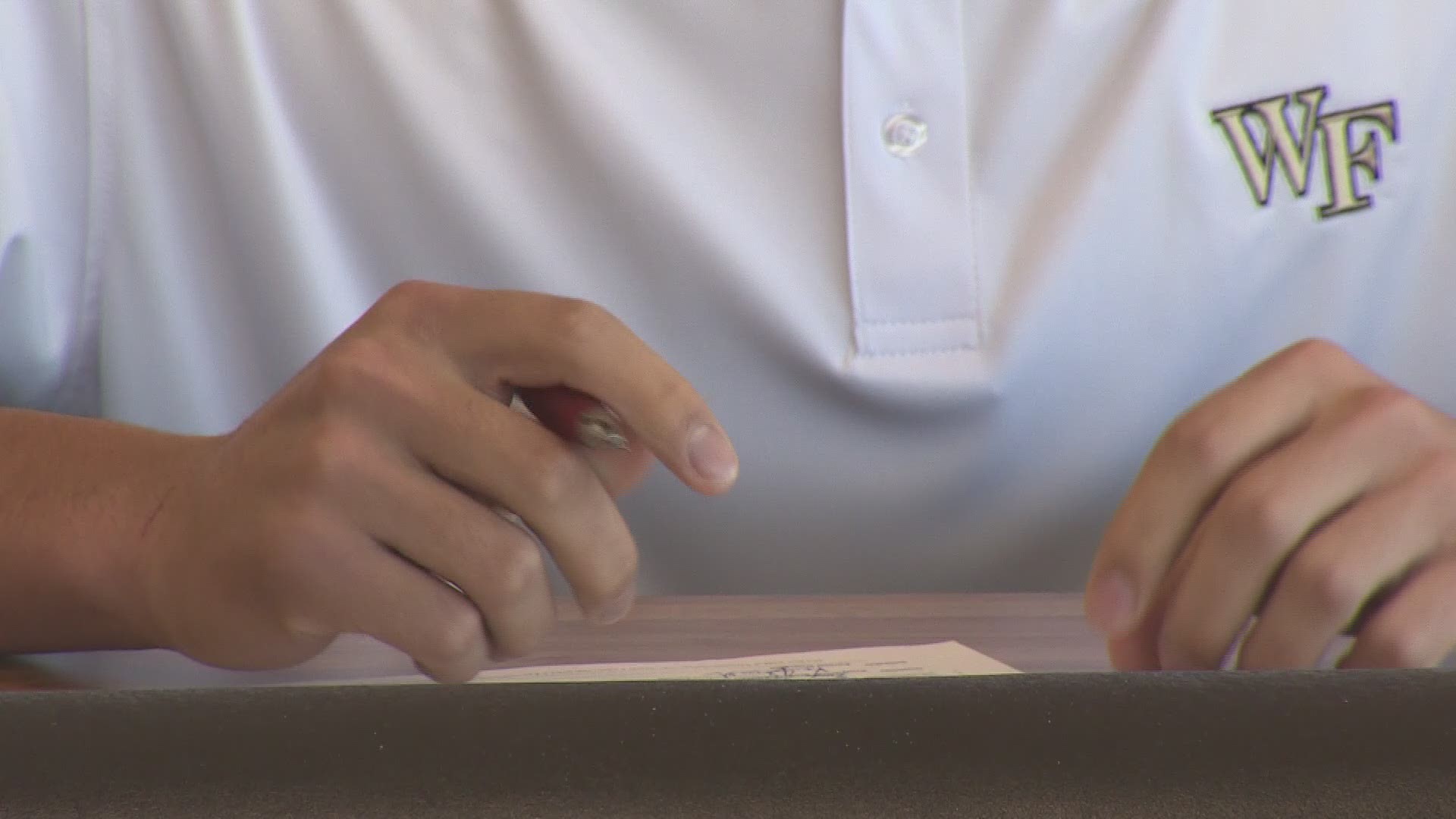 The brothers — Sage a wide receiver at Wake Forest, and Chazz, a quarterback-turned-linebacker at North Carolina — both received first-time honors. Maiden's Caleb Farley was a first-team cornerback for Virginia Tech and South Point graduate Tanner Muse was first-team safety for the Clemson Tigers.

Sam Howell, quarterback for North Carolina and a graduate of Sun Valley High in Union County, was third-team QB. His teammate, Dyami Brown, who graduated from West Meck, was named third-team wide receiver.

A voting panel of 46 media members and the league's 14 head coaches voted for the all-conference team. Three points were awarded for each first place vote, two for each second-team vote and one for each third-team vote.