Charlotte FC is set to begin its first season in 2022 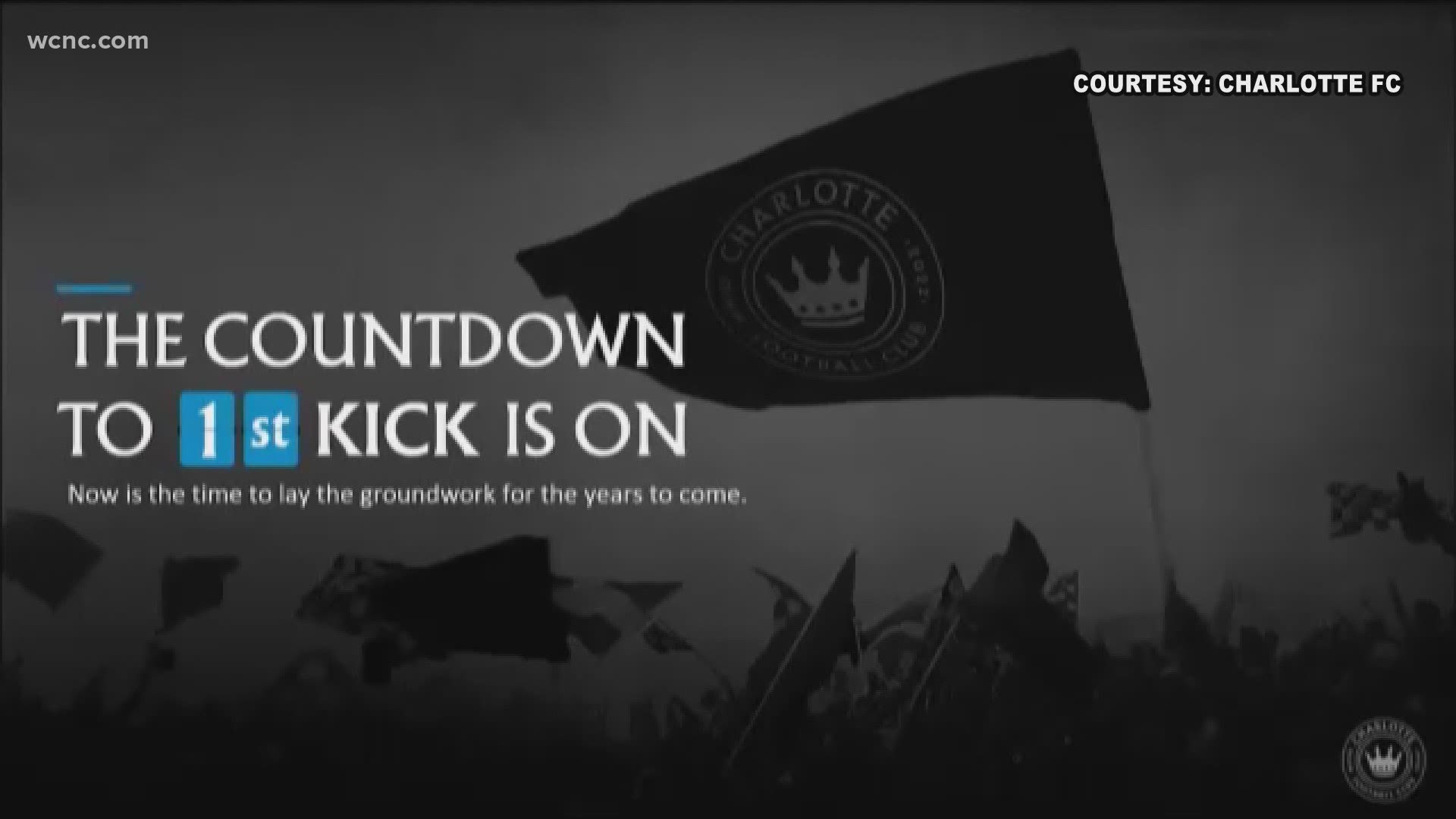 CHARLOTTE, N.C. — Despite the COVID-19 pandemic pushing Charlotte FC's inaugural season back a year to 2022, the club has continued to work to make its mark in the Queen City during the last year.

The club has established a mission, founding principles and inaugural season goals just to name a few things.

"For us to really be in the driver's seat now for nine months to kind of dictate the success we're going to have on and off the field feels great," club president Nick Kelly said.

The club has set its pillars as progressive, collective and ambitious.

That ambition is already shining through with the inaugural season goals to host the largest crowd ever at an MLS game, which would be over 74,000 fans, average 30,000 fans at home matches and make the playoffs.

"I'd like to have a team in the first year that gets in the playoffs so getting that team together, building that out is important. We have a pretty good team trying to get this off the ground so I think between [Nick Kelly] and Tom Glick, who has experience in over in his previous life with soccer,  we have a very very good team from the management standpoint, Zoran as the sporting director here. I think it's just getting that team together and making sure we're on the field," team owner David Tepper explained.

And one thing is for certain, once it is time for the inaugural season to kick off David Tepper is determined to make sure it will be a party for everyone involved.