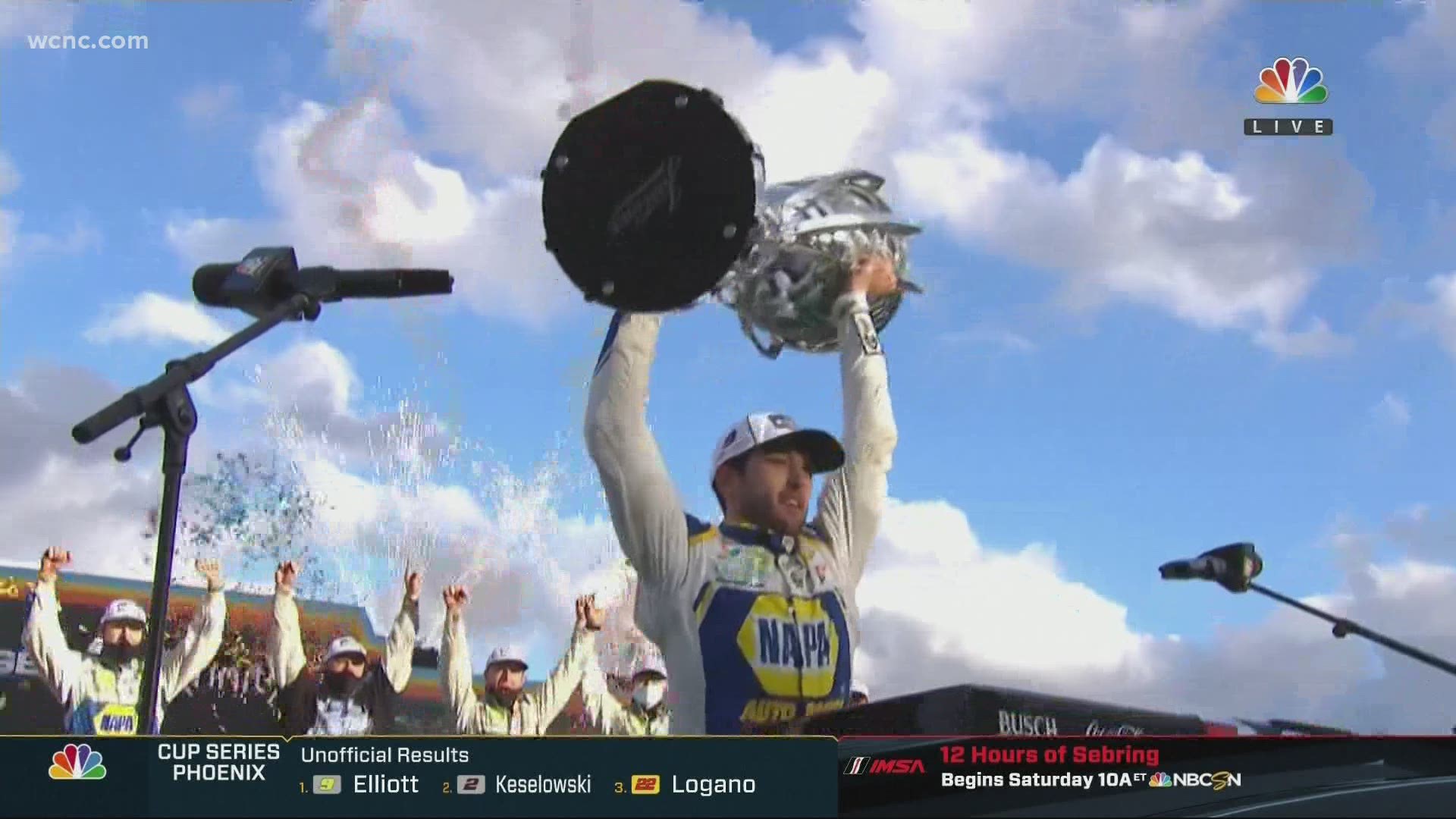 Chase Elliott claimed his first NASCAR Cup Series Championship by taking the checkered flag at Phoenix Raceway in the final race of the 2020 season.

Elliott joined WCNC for a Q&A to discuss the accomplishment and what it means to now join his father, Bill in being a Cup Series champ.

A: "A little bit. I'm sure it's completely there, you know? I still haven't really had a ton of time to myself after everything and just getting home yesterday evening. I'm hoping tonight and tomorrow I can kind of reflect on it. It's been amazing just trying to enjoy all the things that have come with it."

Had a great time talking with Chase Elliott this morning about his 2020 season, winning the Cup Series Championship & what the last few days have been like.

Below is a snippet from our convo & catch the full story on @wcnc at 5:50!@chaseelliott | @NAPARacing | @TeamHendrick pic.twitter.com/8wjm91xbXx

Q: "Do you remember what you were thinking after you crossed the finish line or is everything just kind of a blur for you?"

A: I remember it. I remember it all really well, which is good I'm glad I have those memories. I've told people this and this is the truth I was so set on a caution coming out there at the end of the race I'm not sure when the race initially ended that I was believing that it was actually over. I was just waiting on the next caution, waiting on something to go wrong you know? I was just so convinced that that's what was going to happen I don't think I realized it was over right there initially.

Q: "Now you get to share a Cup Series title with your dad, what does that mean to the Elliott family?"

A: "It's amazing. It's something that not a lot of people get to share with their dads and that type of accomplishment. I'm just very, very humbled by it. Super cool. When both of us are gone that's something that will stay and share forever."