Chase Elliott discusses his top-5 finish at Darlington, the return of NASCAR and more 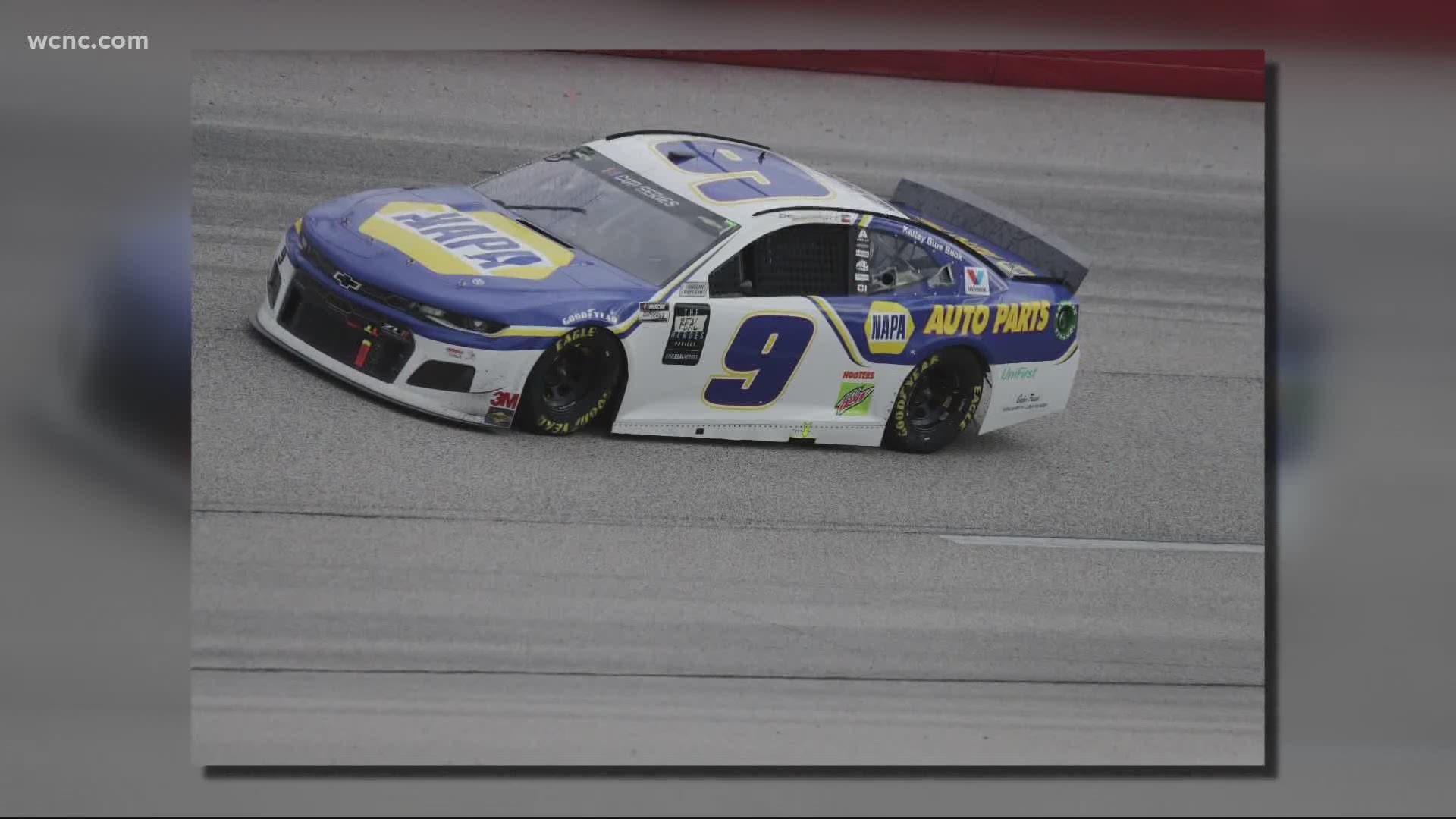 Chase Elliott scored a top-5 finish on Sunday in NASCAR's first race back in 10-weeks, now he's preparing for a quick turn around when the Cup Series takes the track again on Wednesday.

Below is WCNC Charlotte's Q&A with Elliott.

Q: "Over 6 million people tuned in for the race to see that many people were so excited to have live sports back and to be a part of the sport that was one of the first, what does that mean?"

A: "I don't think it's coincidence that our event went really on Sunday and now some of these other groups are a little more comfortable with opening things back up. I'm proud for NASCAR on that, a lot of times they're not the ones to set the example and I thought they did a really nice job of doing that this past weekend."

Q: "Really quick turnaround only two days in between races. How are you preparing for that short two-day turnaround?"

A: "I feel good. I honestly felt better on Sunday than I was expecting to. It was hot, but certainly I was dehydrated I'm sure after the race. So just trying to get your fluid levels back up for Wednesday I think is the biggest thing, but I think it's very doable. Darlington is a hot one to just jump back into at."

Q: "You have a tentative schedule from now through June. Obviously, those races will be without fans just how different is it being at the track and there's no fans in the garage or in the stands?"

A: "I'm curious to see what the norm is after this, but definitely it was a different vibe. Once the race kind of got started, I didn't think it was really any different. NASCAR racing isn't something that the drivers. . . you know we can't hear the crowd, so it's not like we can feed off of their energy during the race, but definitely after the event I thought it was kind of weird not to hear the crowd cheering for whoever won or whatever. Looking forward to having people back hopefully sooner than later."

Wednesday's Cup Series race is set to begin at 6 o'clock.