Clemson's head coach said the he believes the team is the safest environment for his players. 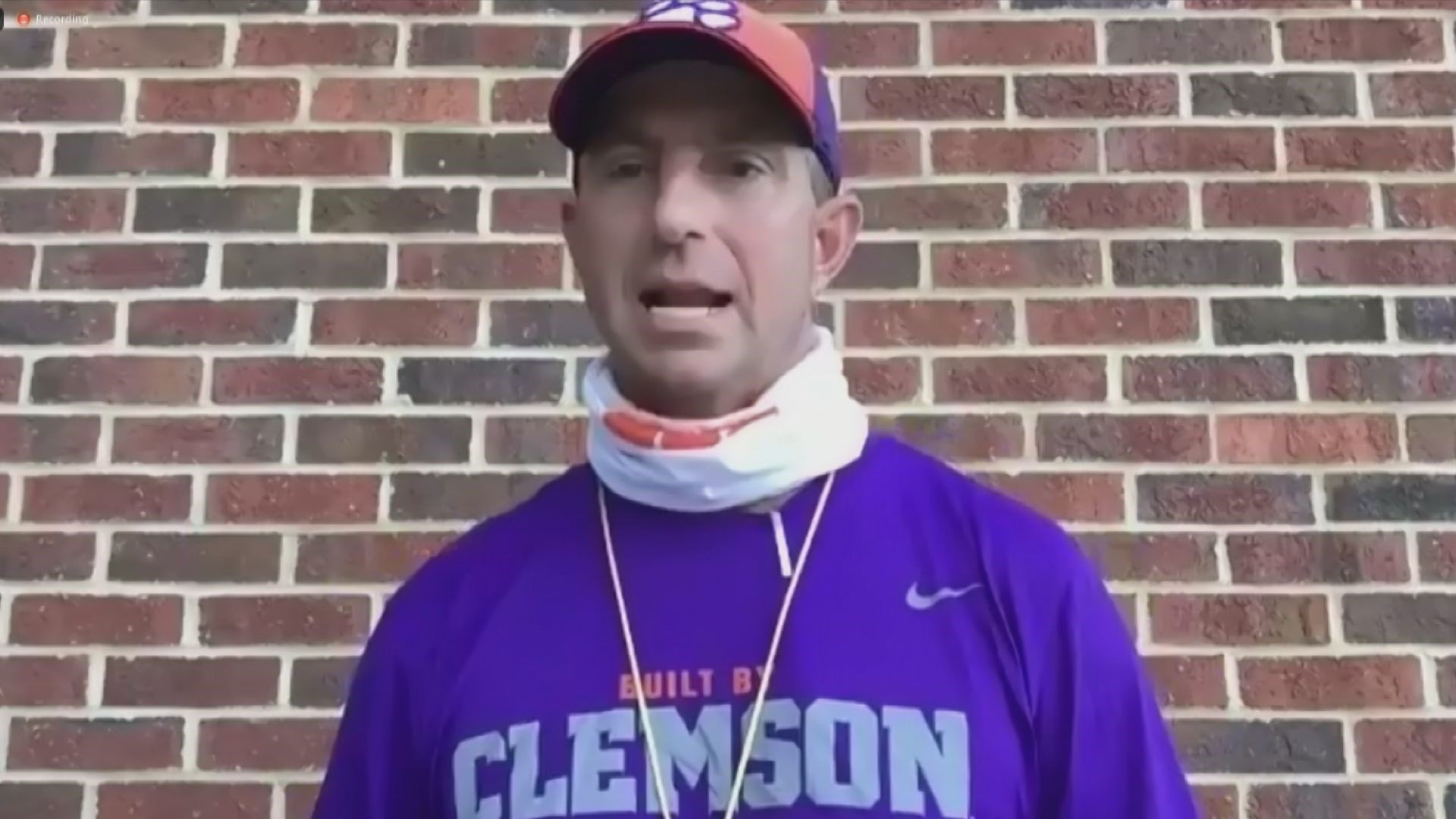 CLEMSON, S.C. — Clemson Head Coach Dabo Swinney said he's still of the belief that college football can be played safely during the pandemic, even as the future of the 2020 season remains in doubt.

Swinney spoke to reporters Monday night about the preparations for the upcoming season and the virus.

Earlier in the day, there was a report from the Detroit Free Press that the Big 10 had voted to cancel the upcoming season. The Big 10 did not confirm that news but some powerful voices in the conference, including Michigan Head Coach Jim Harbaugh, said he wants to see his team on the field.

There were reports the Pac-12 could scrub their season. If those two conferences opted out, it would seem difficult to imagine a scenario where a college football season that ends with a championship could take place.

To that end, several prominent college football players, including Clemson quarterback Trevor Lawrence, have been vocal about their desire to play. They've joined a movement called #WeWanttoPlay and have been using social media to encourage college football leaders to let the games resume.

It calls for universal safety protocols, allowing players to opt out with no negative repercussions, and the ultimate creation of a college football players association.

Swinney said he's been pleased to see his guys taken up the cause and are being leaders.

"Super proud of our guys and how they have set the tone and taken charge of trying to have a season, and articulating their thoughts and beliefs," Swinney said.

That group got a boost from none other than President Donald Trump, who on Monday retweeted one of Lawrence's tweets and used the hashtag #WeWanttoPlay

The student-athletes have been working too hard for their season to be cancelled. #WeWantToPlay https://t.co/lI3CCKZ4ID

Swinney said he believes his players are actually safer on the team than they are on their own, saying they get regular tests, medical checkups, nutrition, and are in a sanitized environment.

"Some people say you're just doing this for financial reason," he said. "All this staff is gonna get paid whether we're here or not. All these players scholarships are good whether they are here or not. This is what we love to do. Somewhere along the lines we have to recognize that we love the game."

Clemson is set to play an 11 game season that includes 10 conference games and 1 non-conference game. The first game is set for Saturday, September 12 at Wake Forest.