The College Football Playoff committee releases the bracket which puts the Tigers in the Rose Bowl in Arlington, Texas. 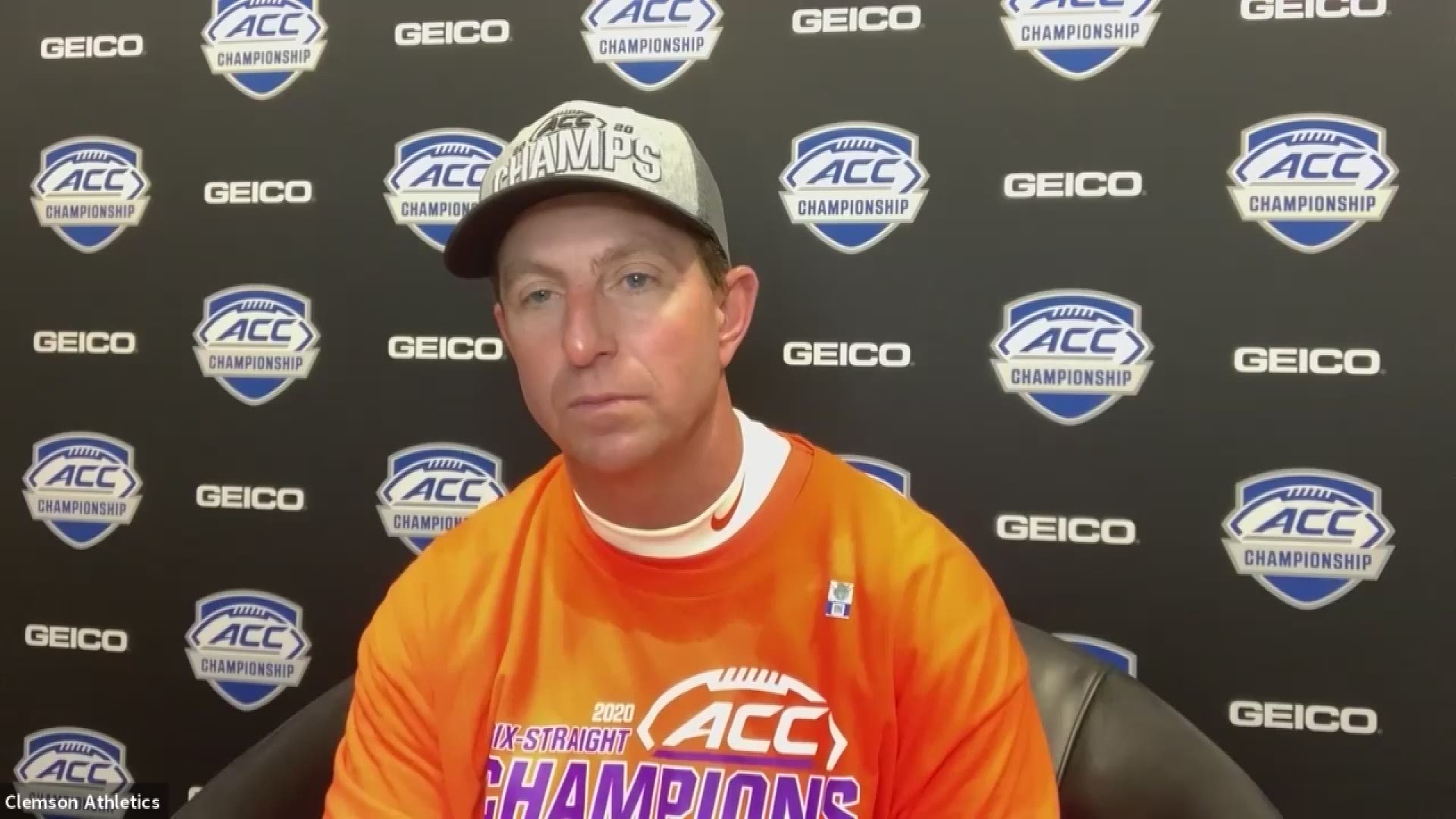 CLEMSON, S.C. — A little more than 12 hours after taking another ACC Championship trophy into the locker room, Clemson learned that it has earned the No. 2 seed in the College Football Playoff bracket.

The Tigers will face 3 seed Ohio State on Jan. 1 in the Sugar Bowl in New Orleans. Alabama was the number one seed, while Notre Dame was number four, and they will play in the other national semifinal in Dallas, a game previously scheduled to be played at the Rose Bowl.

The Rose Bowl was moved from Pasadena to AT&T Stadium in Arlington, Texas. The reason was due to California's stringent COVID-19 protocols which prohibit fans from gathering at sporting events. Clemson head coach Dabo Swinney was one of those who was adamant in his belief that family members of players should be allowed to watch them compete and with that in mind, it was agreed to move the Rose Bowl to Texas.

RELATED: Lawrence is a finalist for the Manning Award

Clemson is competing in its sixth consecutive College Football Playoff. They are seeking their second national title in the last three years and their third in the last five seasons. The Tigers have won national championships in even years (2016 and 2018). In January, Clemson lost to LSU 42-25 in a national championship game which was held at the Mercedes-Benz Superdome.

Junior quarterback Trevor Lawrence, who earned MVP honors in the ACC Championship, hopes to have at least two more games in a Tiger uniform. He is expected to be the first overall pick in the 2021 NFL Draft.

#CFBPlayoff Semifinal at the @sugarbowlnola.

Who’s in for the #2021Miami #NationalChampionship? 🏈🏆 pic.twitter.com/fiXB2oBhtn