Larry Penley is named ACC Coach of the Year

Clemson head men's golf coach Larry Penley, who is retiring at the end of the season, is the ACC Coach of the Year. 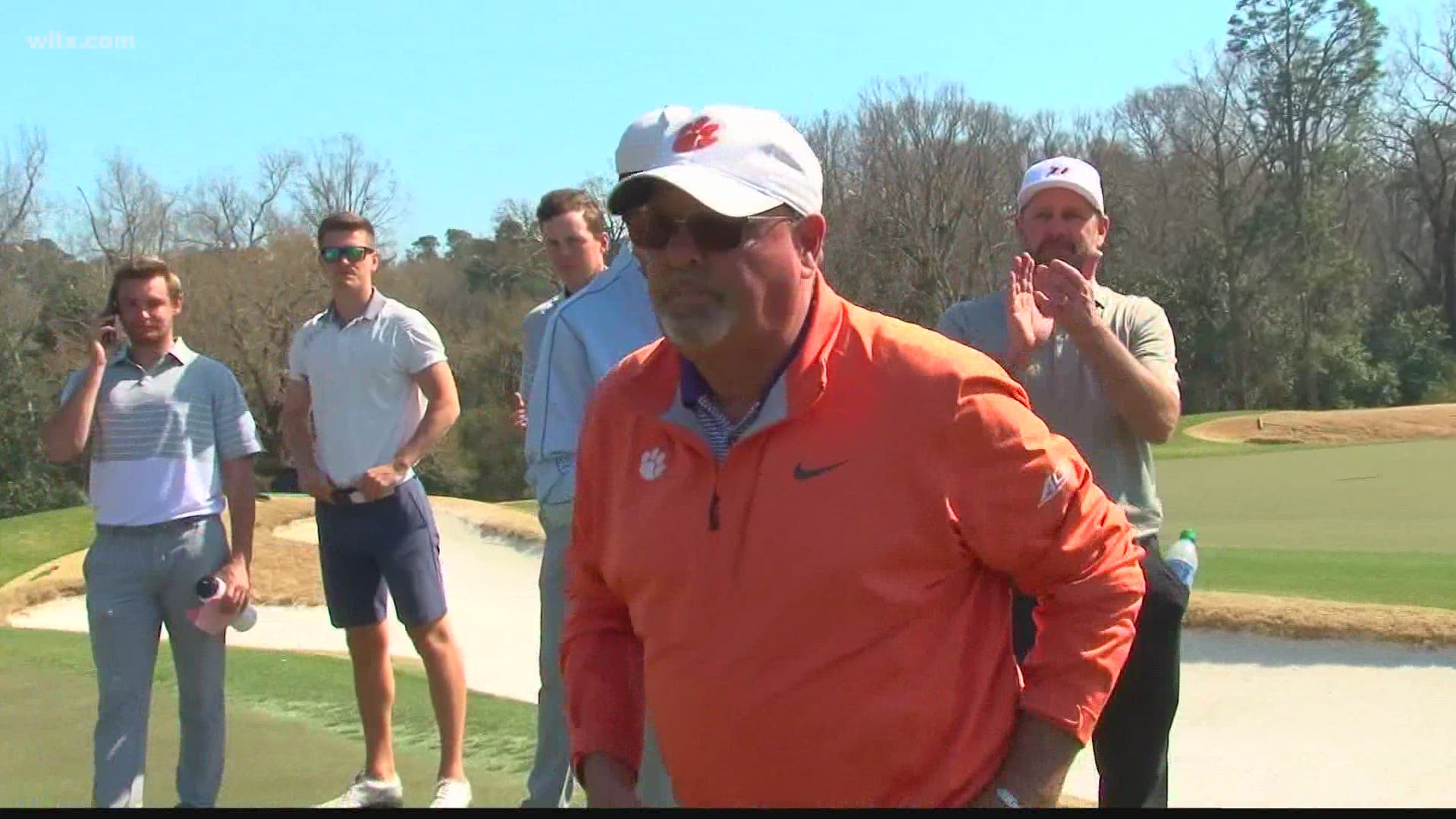 CLEMSON, S.C. — Clemson head men's golf coach Larry Penley is retiring after 38 seasons as a head coach and he will be leaving at the top of his profession.

Two weeks ago, Penley led the Tigers to the ACC Championship, his 10th ACC title which puts him third all-time among all ACC coaches for most conference titles regardless of the sport. His ACC Tournament championship was the 83rd victory of his career, that is the most in league history.

Penley is now tied for third for the most ACC titles among Clemson head coaches regardless of sport. Bob Pollock had 11 in men’s indoor track and Dr. I.M. Ibrahim had 11 in men’s soccer. Penley is tied with former Clemson men’s tennis coach Chuck Kriese with 10. He is the only Clemson coach and one of just two coaches in ACC history (Karen Shelton, UNC women’s lacrosse) to be named ACC Coach of the Year in five different decades.

This year Clemson has won four tournaments, with all four coming over the last five events. The team is 99 strokes under par for the seven tournaments so far this year and has posted a 74-9 record against the field in those tournaments. Clemson has a team counting scores stroke average of 69.96, second best in the nation, and on pace to be the best in school history. The Tigers also lead the nation in par three scoring and rank seventh in scoring on par four holes.

Clemson enters the NCAA Regional Tournament in Nashville, Tenn. as the No. 3 overall seed in the nation and the top seed at the regional.

Clemson is ranked third in the nation by Golfstat and Golfweek, and fourth by the Collegiate Golf Coaches Association.

A former First Team All-ACC golfer at Clemson, Penley started his coaching career as a Clemson assistant in 1982 before taking over the program for the 1983-84 season.