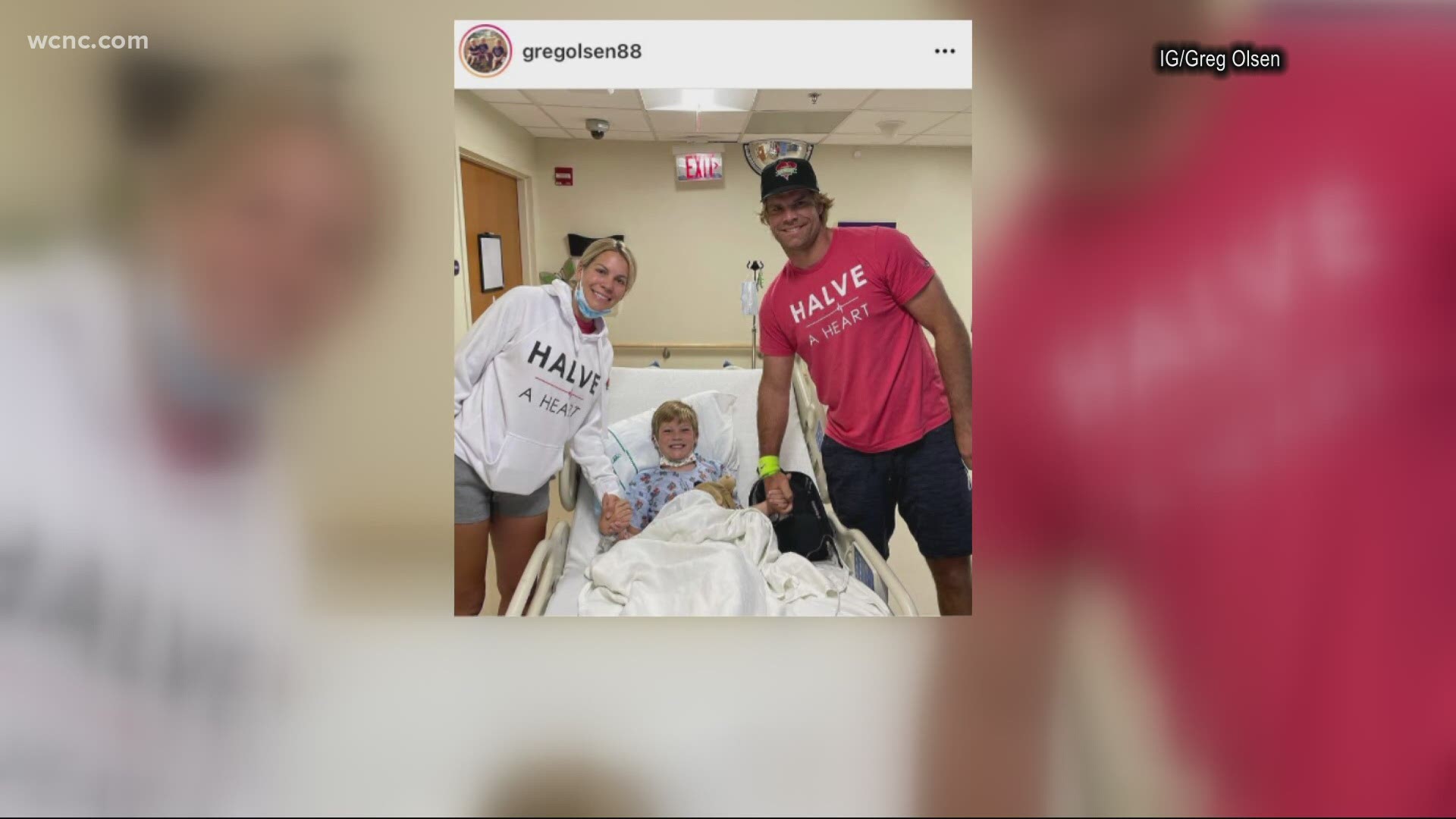 TJ Olsen, 8, had a heart transplant in early June after a lifelong battle with the disease, and the Olsen's have created several foundations, and even an entire wing at Levine Children's Hospital dedicated to helping others fight the same battle.

On Wednesday, several in the community came out in support of the Olsens and their cause.

A large group gathered at the Barre3 studio in Waxhaw for a workout, but also raffles, and food trucks.

Donations were made towards the Olsen's foundation: The HEARTest Yard, and Levine Children's Hospital.

Kara Olsen was in attendance.

"I'm appreciative of Barre3 and Carolina Sports Clinic for putting this together for our foundation and our family and the hospital," Kara Olsen said.

Olsen shared a positive update on TJ, who is now recovering from home after spending some time after surgery in the hospital.