Joel Johns' ultra marathon was canceled, so he ran his neighborhood route 10 times 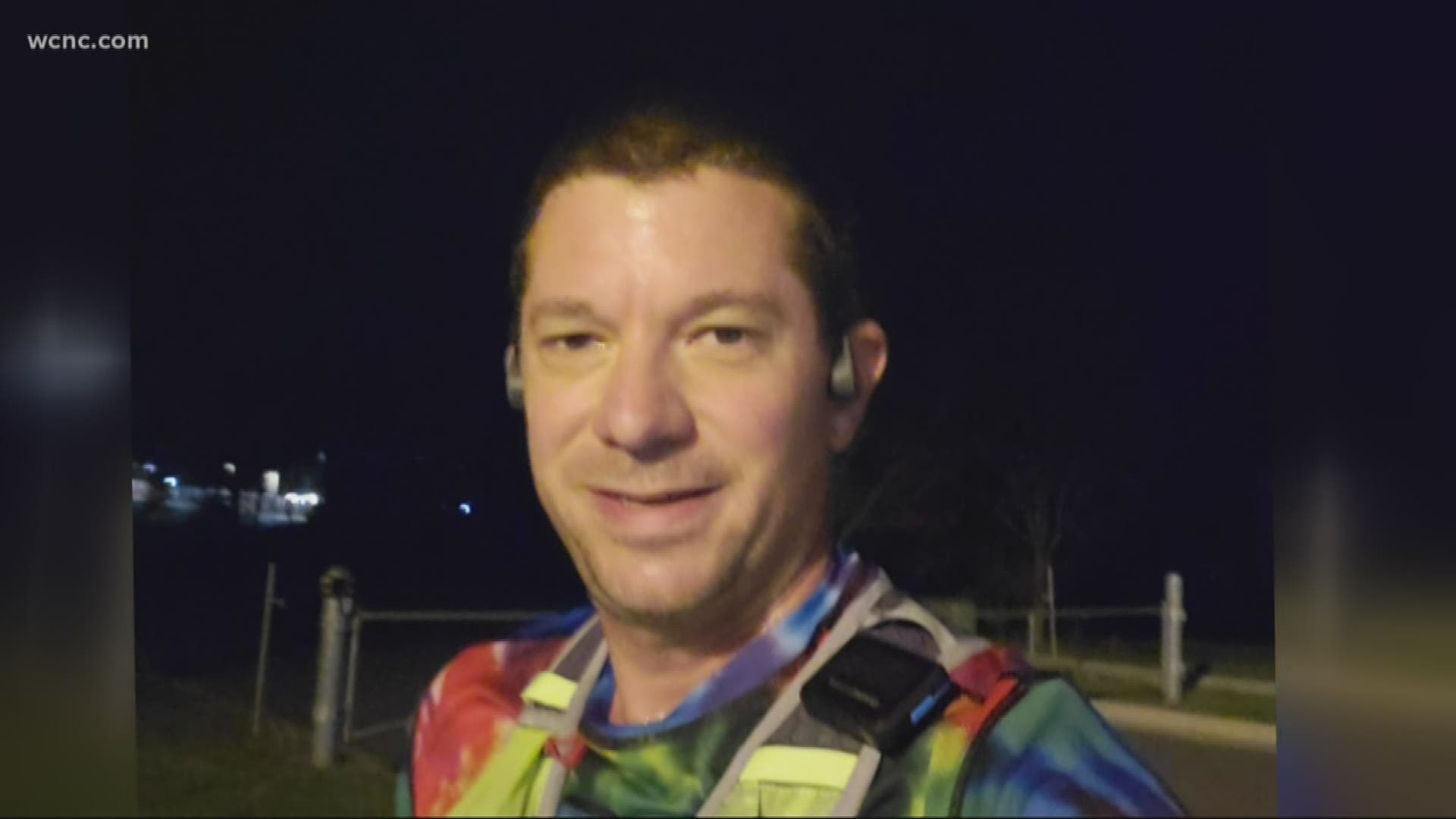 It's one thing we can still do for exercise. For Concord's Joel Johns -- he's been doing it for about 10 years.

"If I would go a day or two without running," Joel said in an interview while sitting next to his wife Sarah, "she would go -- 'you have to go for a run.'

But he wasn't always that way.

"Earlier in our relationship he refused to run," she said.

But a change was needed.

"A cardiologist told me I had to lose weight," he said. "So I came downstairs one day with a print out of a Couch to 5K and I said Sarah I'm going to run a 5K and she's like whatever!"

The 5K's became half marathons to marathons and then ultra marathons. Joel has now completed five 100-mile races.

"Now I absolutely love it," he said.

Joel was scheduled to race Black Beard's Revenge on the Outer Banks this past weekend but it -- like so many sporting events -- was canceled.

But Joel just had to run -- so last weekend he set out to run his 10-mile neighborhood training route -- 10 times.

Just before he set out on foot, Joel posted on his neighborhood's Facebook page -- just so they wouldn't be worried about the guy running through the night. It created a surprising response.

"I got so many cheers and yells and car honks and people writing sidewalk chalk messages which were so cool," he said. "All through the day the neighborhood was there for me. It was really cool and it meant a lot to me."

And he really needed it after a lonely night on the road. Sixty-five miles down and an excruciating 35 more to go.

With the support of his neighbors -- some he knew -- some he didn't -- he finished the race in under 30 hours.

"Everybody being stuck at home and our lives changing drastically. I think this gave everybody something to cheer for," Sarah said. "We've always said that we love our neighborhood and I think this made me like it even more if that's possible."

Wimbledon canceled for 1st time since WWII because of virus

The psychology of no sports

10 of the NFL Draft's greatest steals