Could Carolina trade for Deshaun Watson?

The Panthers are reportedly a team with interest in acquiring the Texans star QB. 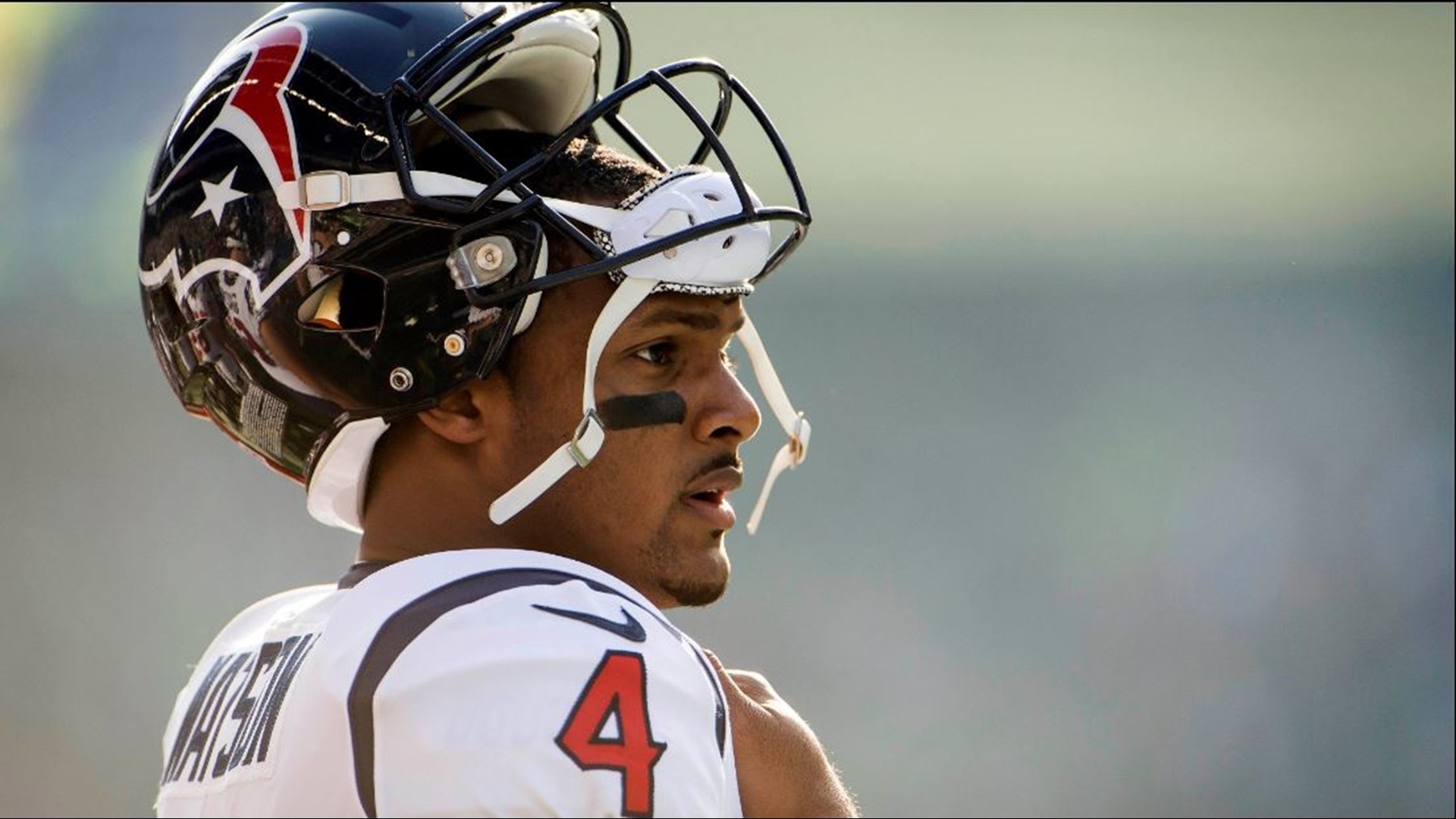 CHARLOTTE, N.C. — Reports that star quarterback Deshaun Watson might demand a trade from the Houston Texans are causing fans from many teams to envision him in their uniform.

Carolina Panthers fans are no different, and NFL.com's Ian Rapoport said Monday not to count out Carolina in a potential pursuit of Watson.

There are a variety of reasons Watson is upset with Houston Texans management, chief among them his lack of involvement in helping find the team's next head coach.

WCNC Charlotte Sports Director Nick Carboni and KHOU Sports Anchor Jason Bristol discussed Watson's potential break up with the Texans, and whether or not the Panthers could package a deal to trade for the former Clemson star.

NICK: Can the relationship between Watson and the Texans be repaired?

JASON: I think it can be repaired because you're talking about a franchise player. They're called franchise players for a reason. You only have one of them. I think Deshaun is certainly frustrated by all of this. But he's a very caring, genuine person and I think he truly wants what's best for himself, but also the organization. But I think in the end, they'll be able to work it out, but it's just amazing that we've gotten to this place, to begin with.

NICK: What would have to happen for this to be mended?

JASON: I think it's a matter of talking it out. Nick Caserio, the general manager, needs to be in a room with Deshaun and they just need to talk about this. Certainly, a good first step is seeking permission to talk with Eric Bieniemy, the offensive coordinator of the Kansas City Chiefs, who Deshaun has spoken about in the past. That's a good first step, that interview reportedly took place on Monday. I think it's just a matter of cooler heads prevailing. I think Deshaun wants to feel like he is being heard. And once that message truly gets across to him, I think things will smooth over.

NICK: If Watson is on the market, what type of haul could the Texans command?

JASON: You get in line if you're a fan of said team. We're seeing Deshaun photo cropped in Jets jerseys, and Bears jerseys, and a number of other teams. I think you've got to talk first-round draft picks, and some key players as well. I think you'd need some pieces that would be ready to plugin right away and some draft capital.

NICK: What percentage would you put on Deshaun Watson staying with the Texans?

I would say 85-90%. Most situations like this the team has basically all the leverage. I know Deshaun has a no-trade clause, but that's a lot of money to forgo to sit out a season if you're not happy with the situation you're in. We've seen some guys do it. I've got to believe that everybody at NRG Stadium knows what Deshaun Watson means to the organization and they'll do everything they can to keep him in Texans' colors.