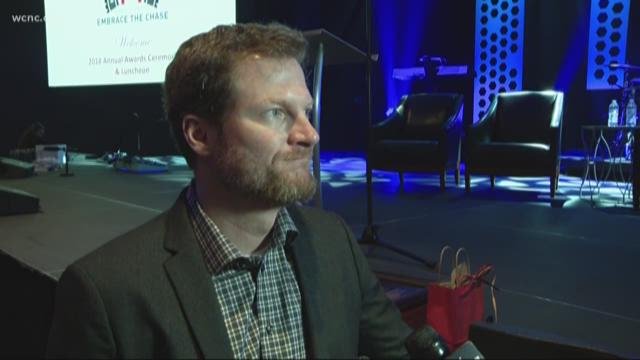 RALEIGH, N.C. — RALEIGH, N.C. — The North Carolina Sports Hall of Fame on Tuesday announced 11 men and one woman who will make up the hall's Class of 2019

They will be enshrined during the 56th annual induction banquet on the evening of Friday, May 3, at the Raleigh Convention Center.

“The achievements of this year’s class of inductees enrich North Carolina’s remarkable sports heritage, and the individuals have certainly earned the honor of joining the 351 men and women who have been previously enshrined,” said Nora Lynn Finch, president of the Hall. “This is our 56th class, and we look forward to celebrating this special time in our state’s sports history."

The N.C. Sports Hall of Fame was established in 1963. A permanent exhibit, North Carolina Sports Hall of Fame, is located on the third floor of the N.C. Museum of History in Raleigh and features significant objects and memorabilia donated by inductees. The museum is open Monday through Saturday from 9 a.m. to 5 p.m. and Sunday from noon to 5 p.m. Admission is free.

A brief biography of each 2019 inductee follows; deceased inductees being inducted posthumously are indicated by an asterisk:

Ernie Barnes*: Barnes grew up in Durham, attending Hillside High and then North Carolina College, where he played football and majored in art.  After five years in pro football, he became an internationally acclaimed artist, known as “America’s Best Painter of Sports.” The Los Angeles Olympic Organizing Committee named Barnes "Sports Artist of the 1984 Olympic Games", and during his career he was commissioned to paint for the Duke Alumni Association, the NFL, the NBA and the Pro Football Hall of Fame as well as designing album covers for musical artists.

Willie Bradshaw*: Bradshaw was an outstanding athlete at Durham’s Hillside High and later at North Carolina College. His coaching stops included 15 years at Hillside, where he was also athletic director, and then as athletic director for the Durham City School system. He was nationally known in athletic administration circles, also serving as president of both the N.C. High School Athletic Directors Association as well as the N.C. Coaches Association.

Eddie Bridges: The work by Bridges in hunting and fishing as well as conservation has made him a national leader. He developed the “lifetime” hunting and fishing licenses in North Carolina, a program that since its enactment has raised more than $110 million. He has been a state leader in the acquisition, protection and conservation of wildlife game and fish resources and is a former chairman of the Game and Fish Committee of North Carolina’s Wildlife Resources Commission.

Rod Broadway: This Oakboro native, an all-star defensive lineman at the University of North Carolina, went on to have an outstanding 39-year football coaching career, the only coach to win national black college championships at three different schools. His teams won five national titles— one at Grambling State and two each at North Carolina Central and North Carolina A&T.  He posted a record 125-45 in 15 years as a head coach.

Gene Corrigan: Corrigan has been one of the most respected and influential administrators in college sports. He had an impact in many roles-- as an athletic director, commissioner of the ACC and a leader in the NCAA. He served as athletic director at Washington and Lee, Virginia and Notre Dame, and he was commissioner of the Atlantic Coast Conference from 1987 to ’97. He is also a former president of the NCAA.

Dale Earnhardt Jr.: Earnhardt has enjoyed a tremendously successful career in stock car racing.  The native of Kannapolis competed in well over 600 races, winning the Daytona 500 twice and earning 26 Cup victories. Off the track, he has been one of the sport’s greatest goodwill ambassadors and was voted by fans the most popular driver on the NASCAR circuit 15 times. He is now a popular television analyst for the sport.

Steve Gabriel*: A native of Lincoln County and long-time resident of Boone, Gabriel was a legend in the world of wrestling.  A graduate of Appalachian State where he was the starting quarterback, Gabriel founded the wrestling program at Appalachian High School in Boone, where his teams went an amazing 140-0 over a 13-year period. From there, he later served as wrestling coach at Appalachian State for many years. He is in the ASU Athletic Hall of Fame and National Wrestling Hall of Fame.

Dee Kantner: A long-time resident of Charlotte, Kantner is one of the most highly regarded women’s basketball officials of all time, earning numerous recognitions. She has been selected for every NCAA Tournament since 1992 and has worked 22 Final Fours-- eight national semi-finals and 14 national championship games. She also officiated in the WNBA for two seasons as well as working three world championships.

Davis Love III: Born in Charlotte, Love played college golf at the University of North Carolina, where he was a three-time All-American, and then moved on to a great professional career. His 21 wins on the PGA tour includes the 1997 PGA Championship and he was in the top 10 of the official World Golf rankings for over 450 weeks. He captained the U.S. Ryder Cup teams twice and joined the World Golf Hall of Fame in 2017.

Paul Miller: Miller had a stellar career as a three-sport star at Ayden High, starring on unbeaten football and basketball teams, before heading to the University of North Carolina where he was a starting quarterback for Bill Dooley-coached teams. He led the ACC in total offense in 1971 as the Tar Heels were 9-3 and went to the Gator Bowl, earning both all-ACC and all-ACC Academic honors. He later earned his law degree from UNC and became highly successful in business.

Neill McGeachy*: Born in Charlotte, McGeachy excelled as a player, coach, administrator and promoter. He was a great athlete at Statesville High and collegiately at Lenoir-Rhyne, where he was a 1965 graduate and a 1987 LRU Sports Hall of Fame inductee. He was the founder and president of Sugar Creek Enterprises, Inc., a sports promotion and public relations company, from 1977-97 and later returned to LRU as athletic director from 2002 to 2016.  He is a member of the North Carolina Tennis Hall of Fame.

Thell Overman*: Overman was a three-sport athlete at Guilford College who became one of the state’s best high school coaches ever over a 40-year career.  His football record was a remarkable 278-73-6 games and posted a 541-118 baseball mark at Warrenton’s John Graham High (four years) and Wallace-Rose Hill High (34 years) combined. He is credited with establishing W-RH’s remarkable football tradition.

Click here to read the full story on WRAL.