Snyder’s application for a debt waiver of $450 million was approved by team owners. 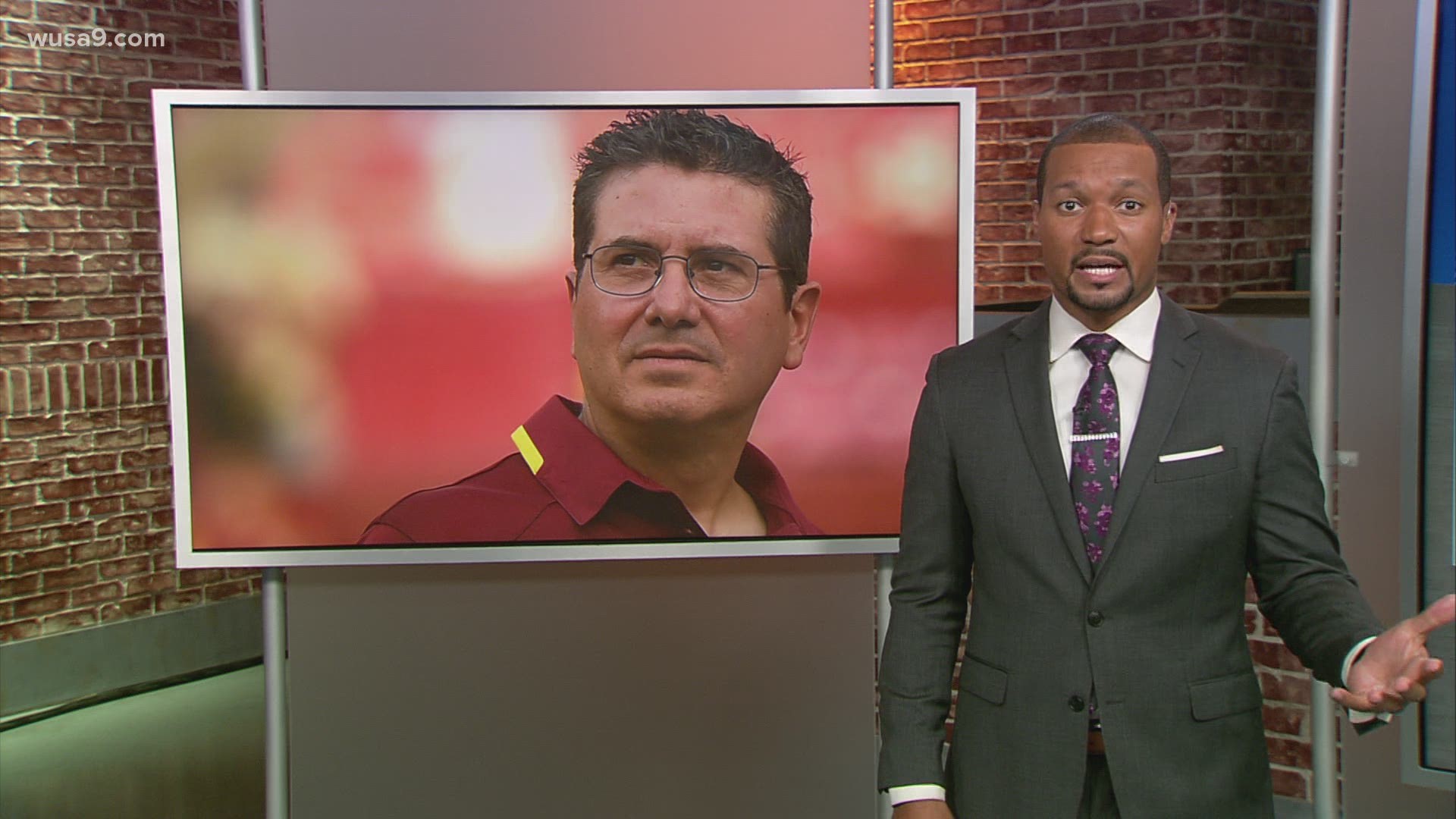 WASHINGTON — Dan Snyder is set to be the full owner of the Washington Football Team, according to multiple reports, including one by The Washington Post.

Snyder’s application for a debt waiver of $450 million was approved by team owners. Three-quarters, or 24 of 32 teams, had to sign off during a vote at the annual league meeting this week.

Fred Smith, Dwight Schar and Bob Rothman currently own 40.5% of Washington Football Inc. They have been mired in a court dispute with Snyder over their shares of the team.

This effectively settles that matter and puts Snyder completely in charge of the team, which Forbes valued at $3.5 billion. Washington is in the midst of an organizational upheaval after dropping its name last year and launching an independent investigation into allegations of sexual harassment in the workplace by several former employees.

Before the Snyder buyout news, and with the minority owners of the Washington Football Team looking to sell their interests in the team, a local resident appeared to be kicking the tires of buying a stake in the team.

According to reports, Jeff Bezos has spoken with the banking firm that is handling the sale.

The Amazon founder has long expressed an interest in owning a team, and he obviously has enough money to make it happen.

RELATED: Snyder to buy out other Washington owners, pending approval

Sign up for the Get Up DC newsletter: Your forecast. Your commute. Your news