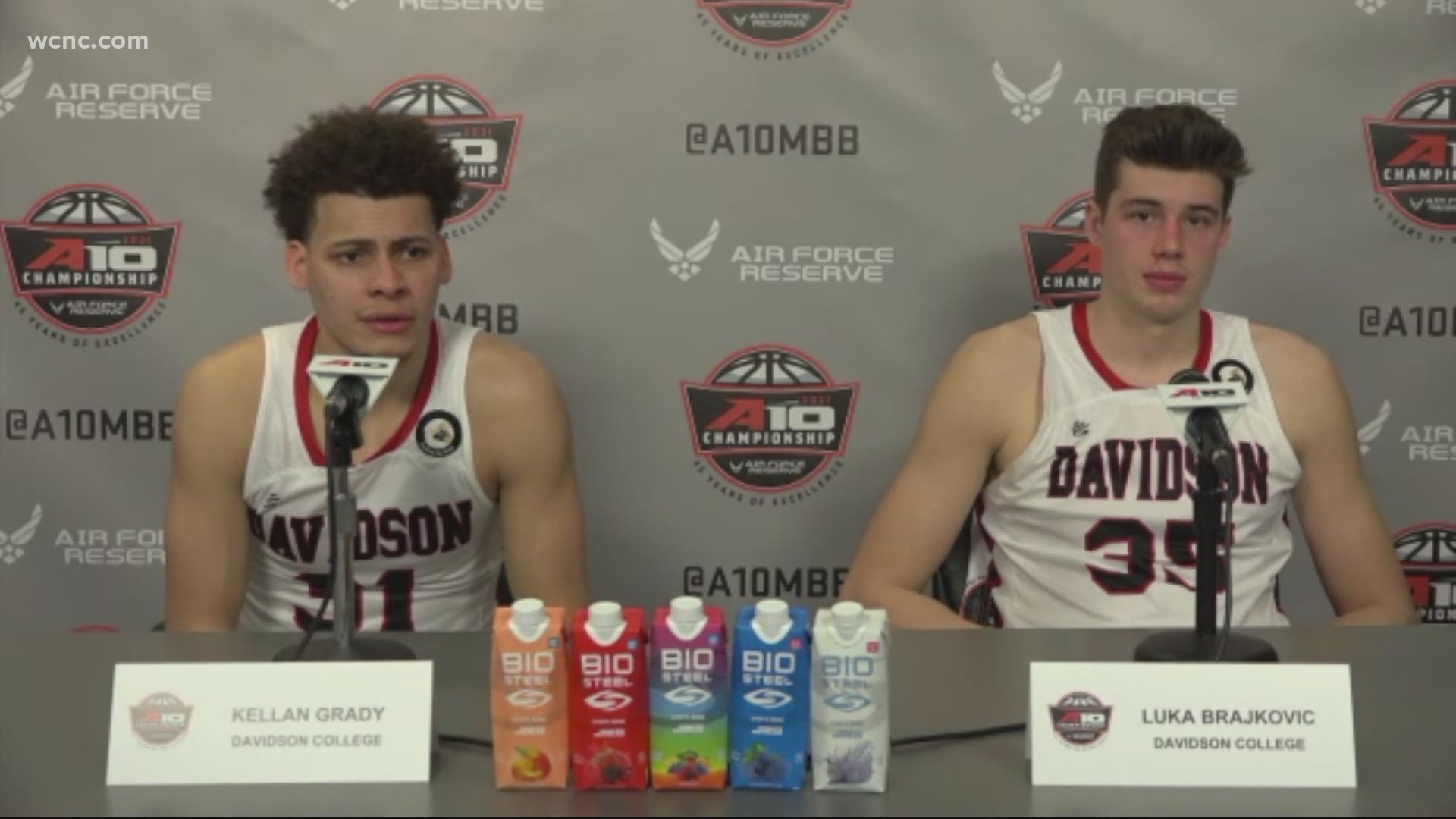 The third-seeded Wildcats will face second-seeded VCU in the conference semifinals on Saturday night at 9 p.m.

Davidson crushes George Mason 99-67 and moves to A-10 semis tomorrow where the Wildcats meet VCU. Hear from them tonight at 11 on @wcnc pic.twitter.com/1o2P3pMfVc