QB Vance Honeycutt led the Hornets to their fourth title 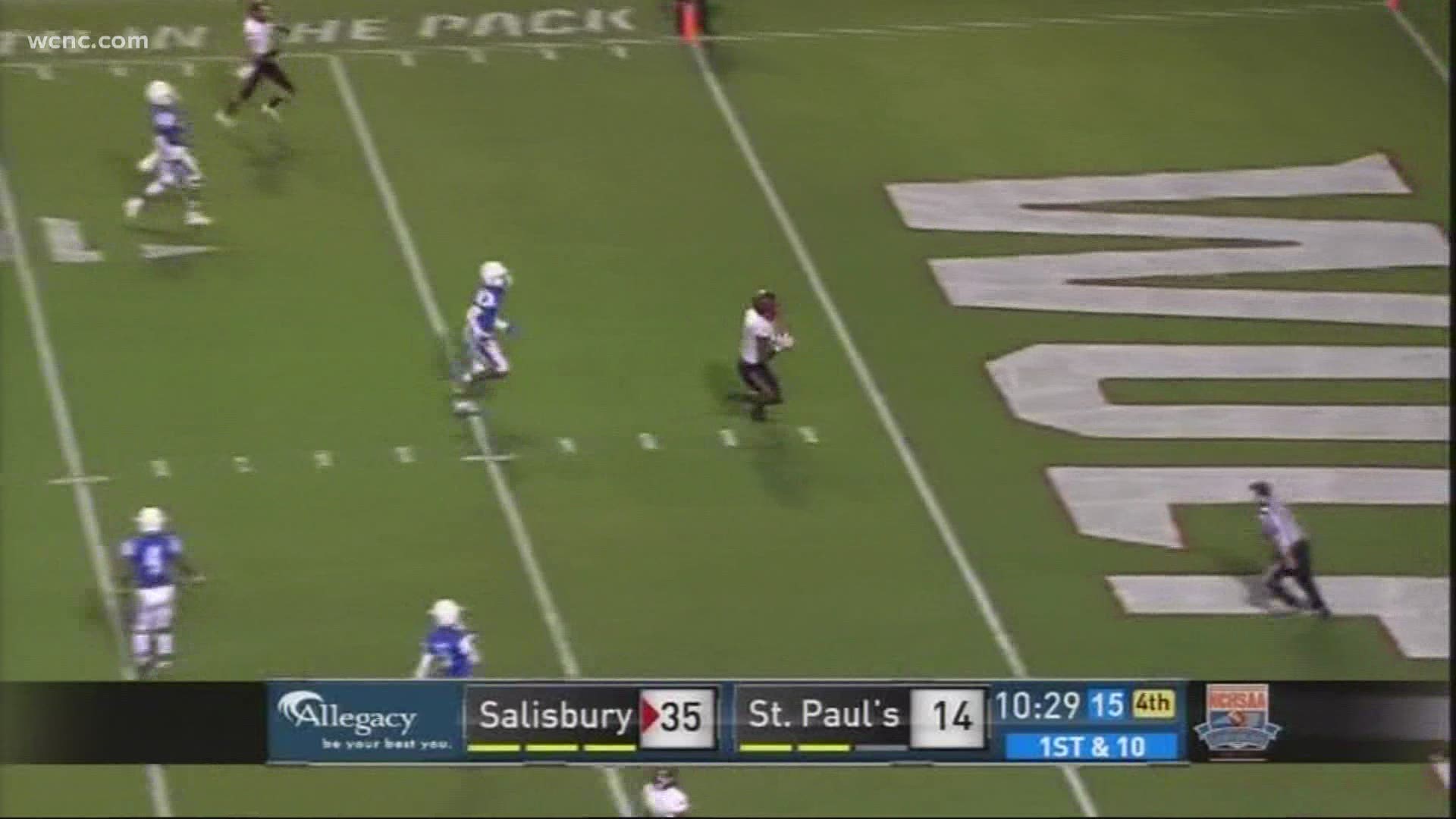 RALEIGH, N.C. — He'll play baseball in college, but Vance Honeycutt is quite the quarterback.

Salisbury's signal-caller accounted for five touchdowns as the Hornets defeated St. Paul's, 42-14 to capture the 2AA state championship at NC State in Raleigh.

Honeycutt ran for four touchdowns, and added a passing touchdown in the fourth quarter, and was named MVP of Salisbury's fourth state title.

JyMikaah Wells also ran for a score, and was named Most Outstanding Offensive Player of the game after rushing for 144 yards on 22 carries.

Nicholas Hall was the Most Outstanding Defensive Player with 10 tackles, including 1.5 tackles for loss.

Salisbury is coached by Brian Hinson.

On Friday, Charlotte Catholic looks to win its fourth-straight state championship, facing Havelock in the 3A title game.

Vance looks to repeat as the 4A champion against Rolesville on Saturday.