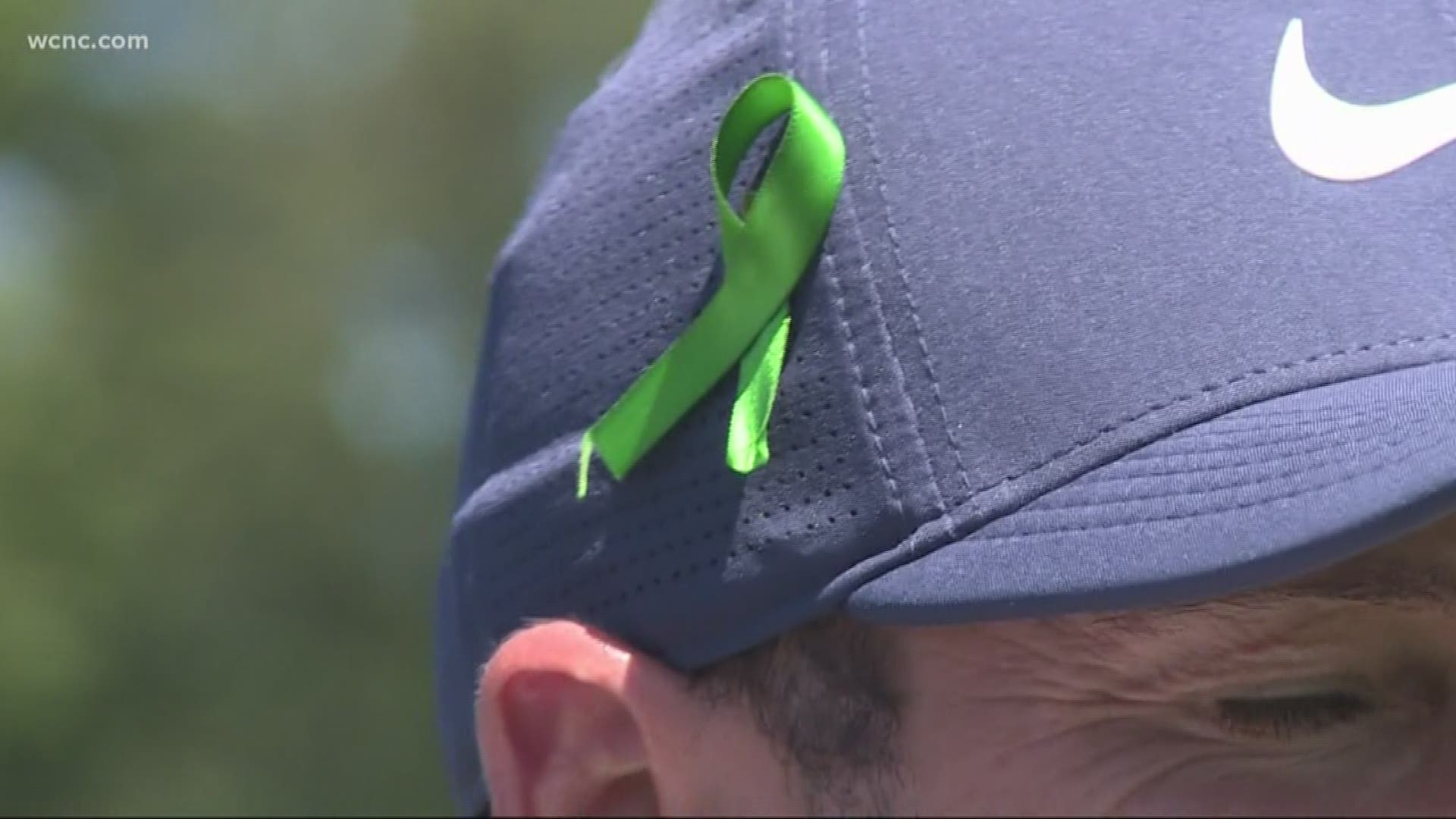 CHARLOTTE, N.C. — Many golfers were seen wearing green ribbons on opening day of the Wells Fargo National Championship in support of UNC Charlotte.

"We live in a very difficult world right now when people are taking other people's lives," said Day. "We don't need to glorify the person that did this at all."

"It's frustrating to actually hear that when we're playing a golf tournament and some young kids that are just starting their lives or going to start their lives, and the families that have to deal with the heartbreak," Day added.

Phil Mickelson was seen wearing a green shirt on the course, though he did not mention where he chose it intentionally.

Two students were killed and four were hurt when a gunman opened fire in the Kennedy building Tuesday.

The suspect, Trystan Terrell, waived right to be present for his first court appearance Thursday afternoon. A public defender represented him in court.

Terrell was charged with two counts of first-degree murder and four counts of attempted murder.

RELATED: UNCC shooting suspect chooses not to appear in court