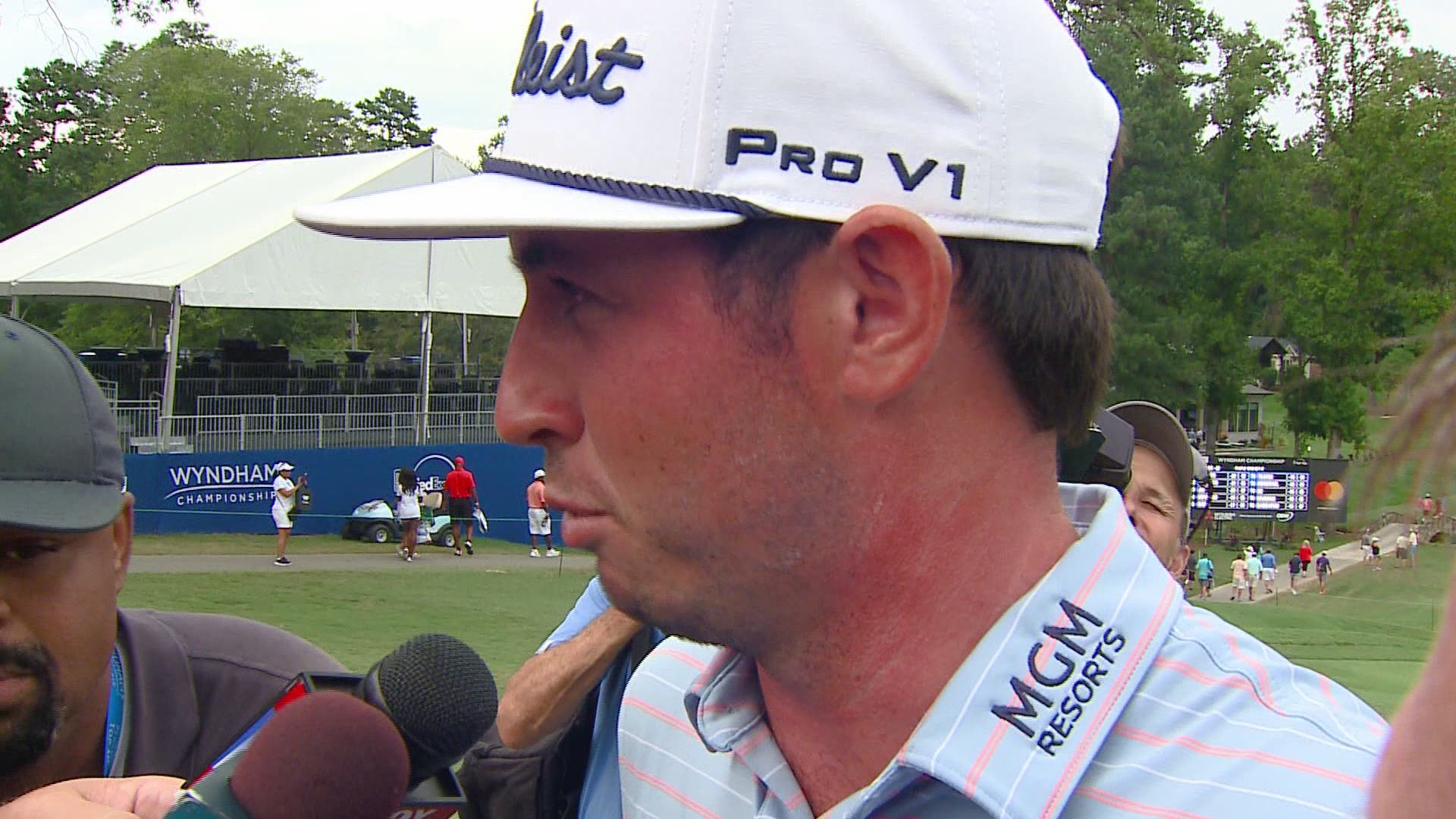 GREENSBORO, N.C. — Hickory native J.T. Poston has his first PGA Tour win. The 26-year-old Poston claimed the 2019 Wyndham Championship Sunday after leaping over Byeong Hun An with a strong final round.

"To do it here in North Carolina an hour-and-a-half from where I grew up...is something I never could have imagined," Poston told CBS after the win.

An entered Sunday leading by a shot after shooting a third-round 66 on Saturday. It was a two-horse race entering the final holes with both An and Poston at -21. Poston made par on 16, 17 and 18. An entered the final hole needing a birdie to force a playoff but shanked his tee shot. An needed to sink a long putt for birdie and put a good spin on it, but it went long to seal the deal.

Poston took the lead after a birdie on 15. An had his first bogey of the week on Hole 15 as Poston took a two-stroke lead. An birdied No. 16 to pull within one stroke.

Raleigh native Webb Simpson finished second with a 259. An placed third with 260.

RELATED: 'The Kids are Everything' | All-Star Kids Clinic Brings Fun and Laughs for Special Needs Golfers at Wyndham

RELATED: An Shoots 66 For 1-Stroke Lead At Wyndham Championship

RELATED: An, Im Share Lead At 62 After 1st Round Of Wyndham Championship

RELATED: Make Some Noise For The Team That Wants Peace And Quiet At The Wyndham