'It feels like it was destiny': Former Zag Rem Bakamus faces former squad in national championship

Bakamus is now a graduate assistant on Baylor. 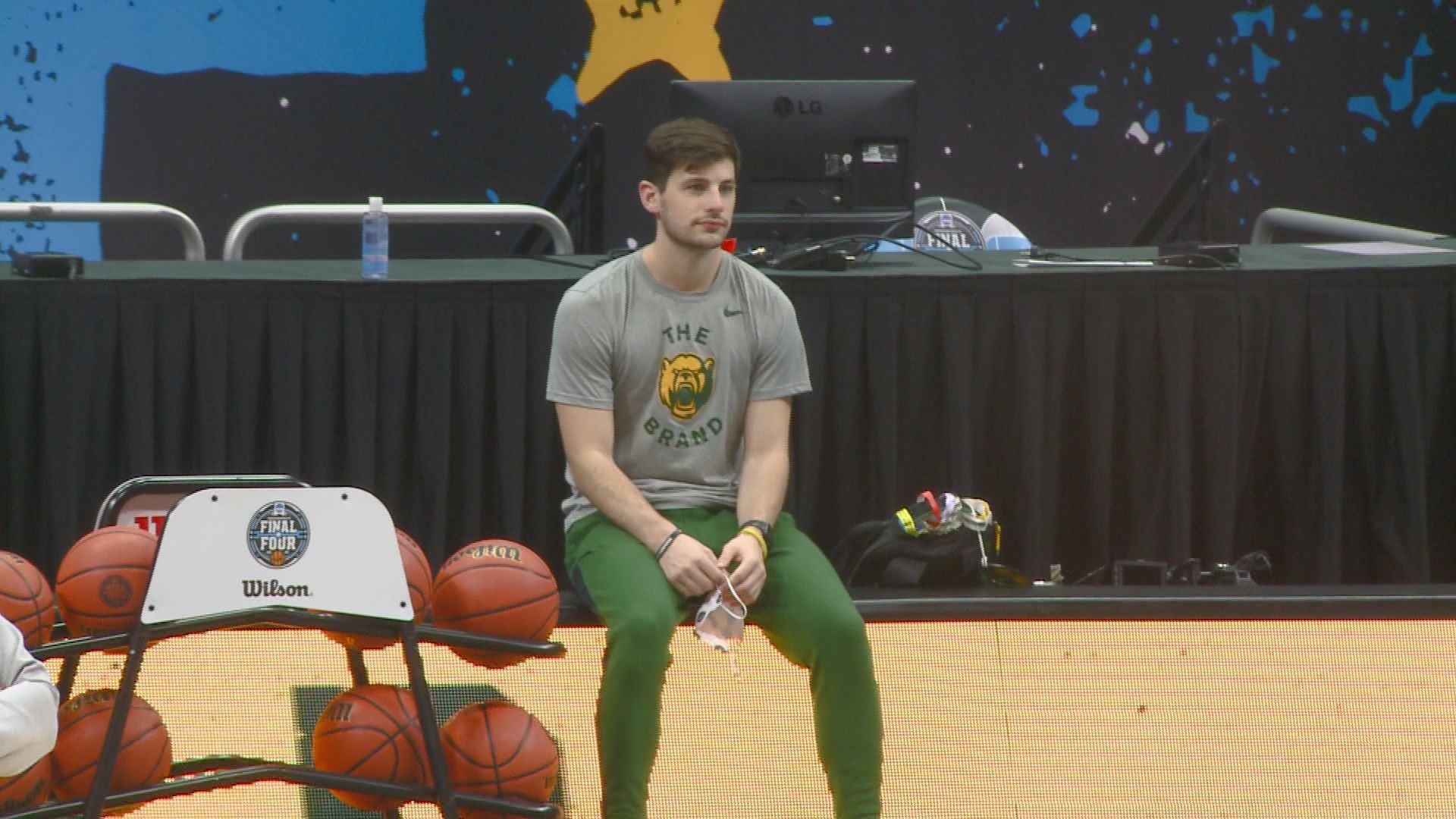 INDIANAPOLIS — The connections between the Baylor and Gonzaga staffs have been well documented.

It all started when former Gonzaga Basketball Director of Operations John Jakus went to Waco to become an assistant coach on Scott Drew's staff.

"Wow. I’d be lying if I said I wasn’t happy about the shot going in," said Bakamus of Jalen Suggs' shot to defeat UCLA.

That shot going in set up a national championship game that Bakamus is still trying to process.

"It’s unique. It’s weird. It feels right, but not right in a sense. I just have so much love for Gonzaga. I obviously wouldn’t be where I’m at today without my experiences there and my coaches there and my teammates there. I’ve just been blessed," Bakamus said.

Speaking of those teammates, Rem understands that all of his friends from college are not cheering him on in the national championship game and he’s all about it.

"I hope those guys hate me for the next 24 hours, and they don’t say anything nice to me because they should want to beat me badly," said Bakamus with a smile.

"There was a time I thought 2017 would be the last national championship I would ever be a part of. Four years later, I’ve been put in a position to be in another one luckily, and I’m just super grateful," said Rem.

The funny thing is—Rem wasn’t even supposed to come back to Baylor this year, as graduate assistant jobs normally last two years.

Due to COVID-19, he decided to extend for a third season, and look at where he ended up.

"I feel like it was destiny," said Bakamus of the Baylor-Gonzaga national championship, which will most likely be his last game with the Bears. "Like it was supposed to be this way. We faced them in the tournament my first year and then we’re going to face them my last year. It is what it is, and it’s going to be a lot of fun. I’m excited for college basketball to get to witness this game."