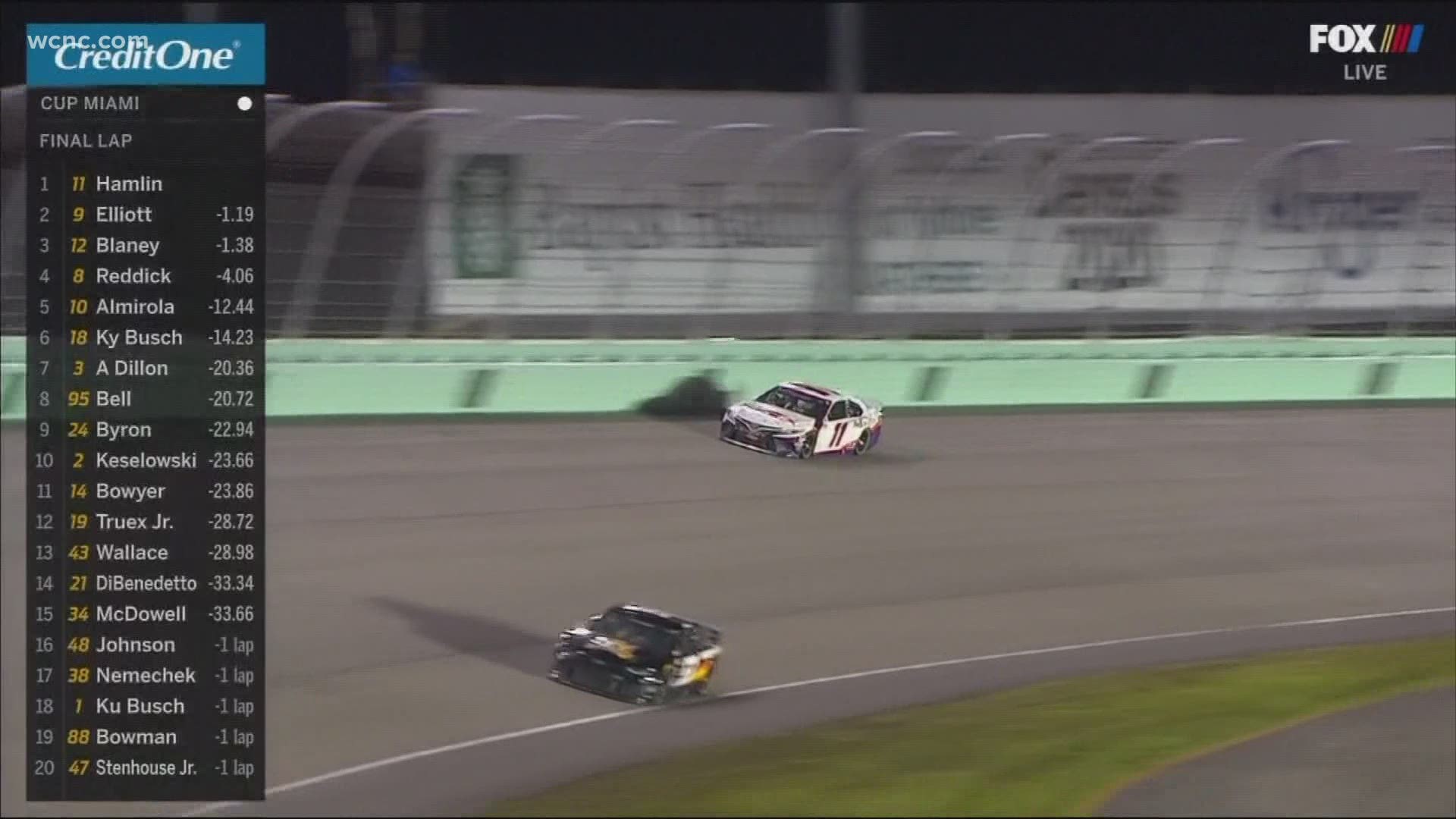 Denny Hamlin became the first driver this season to score a sweep claiming both stages and taking the checkered flag at Homestead-Miami Speedway. The win marked Hamlin's third victory this year and his 40th career Cup Series win, which tied him with NASCAR Hall of Famer Mark Martin at number 19 on the all-time wins list.

"Win number 40 is special. I can't downplay it. I know how special and how much it means to me," Hamlin said. "It'll take some time to for me to understand what it means to me. The accomplishment - it's a big number and a number I never thought I would get to."

While Hamlin will take some time to reflect on what win number 40 means, in the moment, Hamlin who is sponsored by Jordan Brand, gave a nod to NBA Legend Michael Jordan with his celebration.

"Well I knew he was watching. I looked and he was one of the first guys to text me (after the race). You know, why not after a performance like that," Hamlin said.

Hamlin doesn't expect his success to stop here, if anything he will continue to raise the bar as long as he's on the track.

"I still don't think we're at the top of our game with our team yet. I think we still got some room to get better," Hamlin said. "You keep just moving the bar just a little bit higher. I don't take for granted that the people that are in front of me are great, all-time great divers. I never thought I'd be in this position whatsoever. I've just been really, really blessed to be with the same sponsor, the same car and the same team for all of my career."