The 2021 NASCAR Cup Series continues on Sunday, Oct. 3, with the YellaWood 500 at Talladega Speedway. 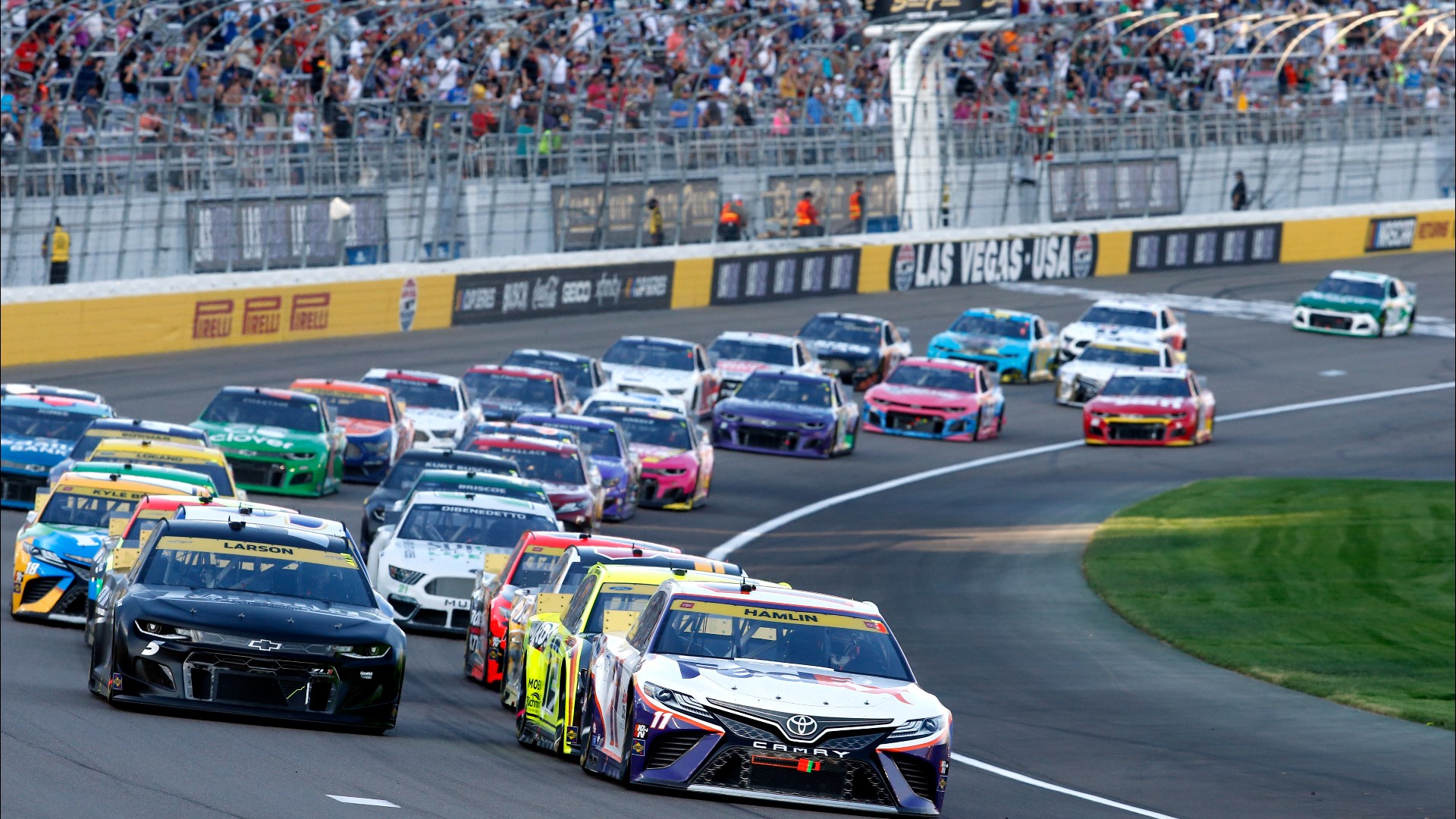 The 41-year-old veteran driver held off Chase Elliott and kicked off the second round of the NASCAR Cup Series playoffs with his second win in September.

Hamlin got his first victory of the season in the playoff opener at Darlington three weeks ago in his Joe Gibbs Racing Toyota, and he has emerged as a serious contender for his first Cup Series championship after a career filled with near-misses.

Hear from @dennyhamlin in victory lane after his #SouthPoint400 win at @LVMotorSpeedway! 🙌 pic.twitter.com/8ln6Upbvuq