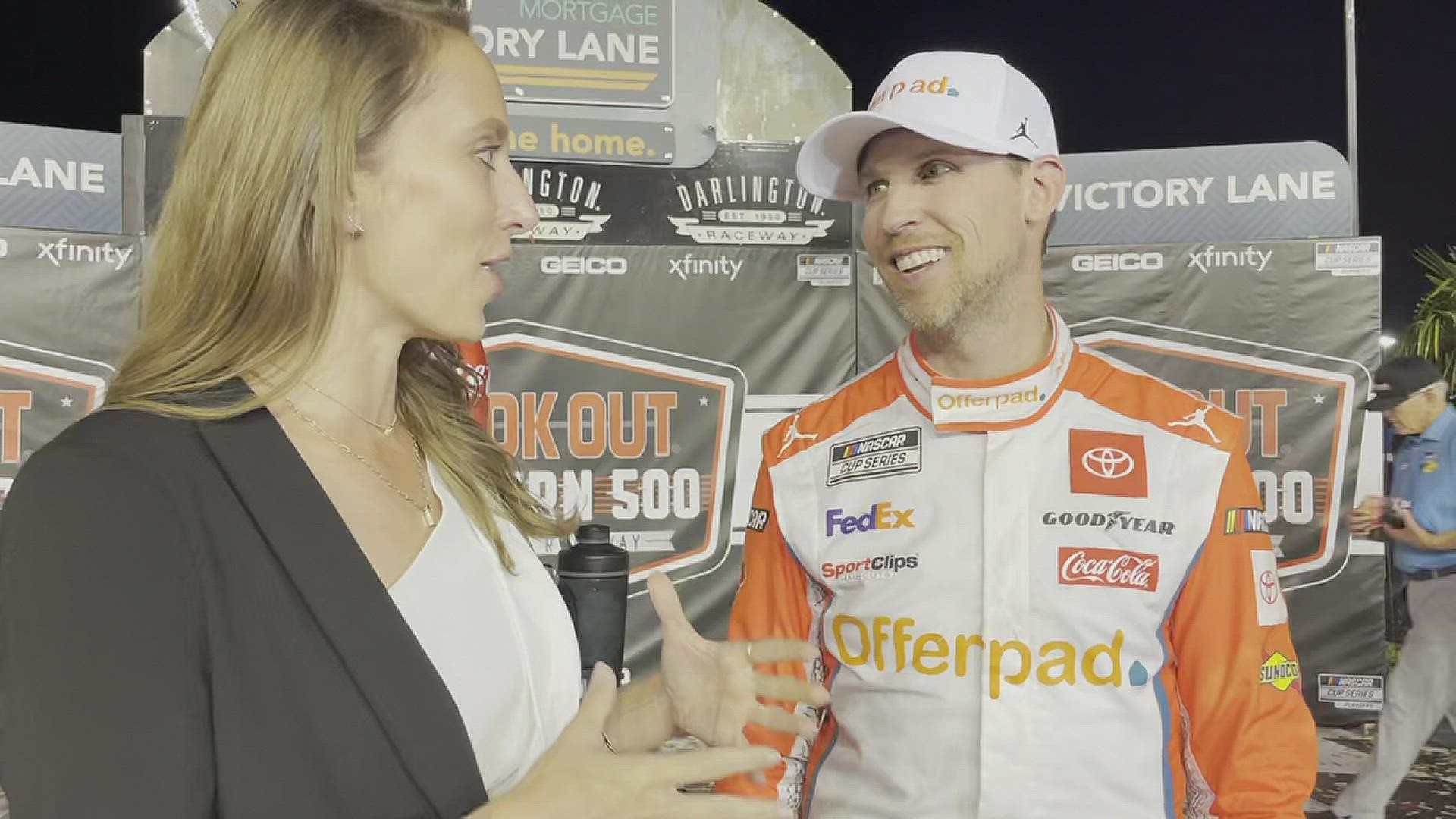 DARLINGTON, S.C. — Denny Hamlin held off Kyle Larson after their cars hit nose to tail racing to the finish line Sunday night in the Southern 500 to open the NASCAR Cup Series playoffs.

Hamlin won for the first time this season after entering the week seeded seventh in the 16-driver postseason field and vowing if he kept running strongly up front, he’d reach Victory Lane before the year ended.

The win was Hamlin’s fourth at Darlington Raceway and moved him into the round of 12 in the knockout format in a grueling race where several playoff contenders struggled at the track “Too Tough To Tame.”

Larson was second for the third straight time racing at Darlington.