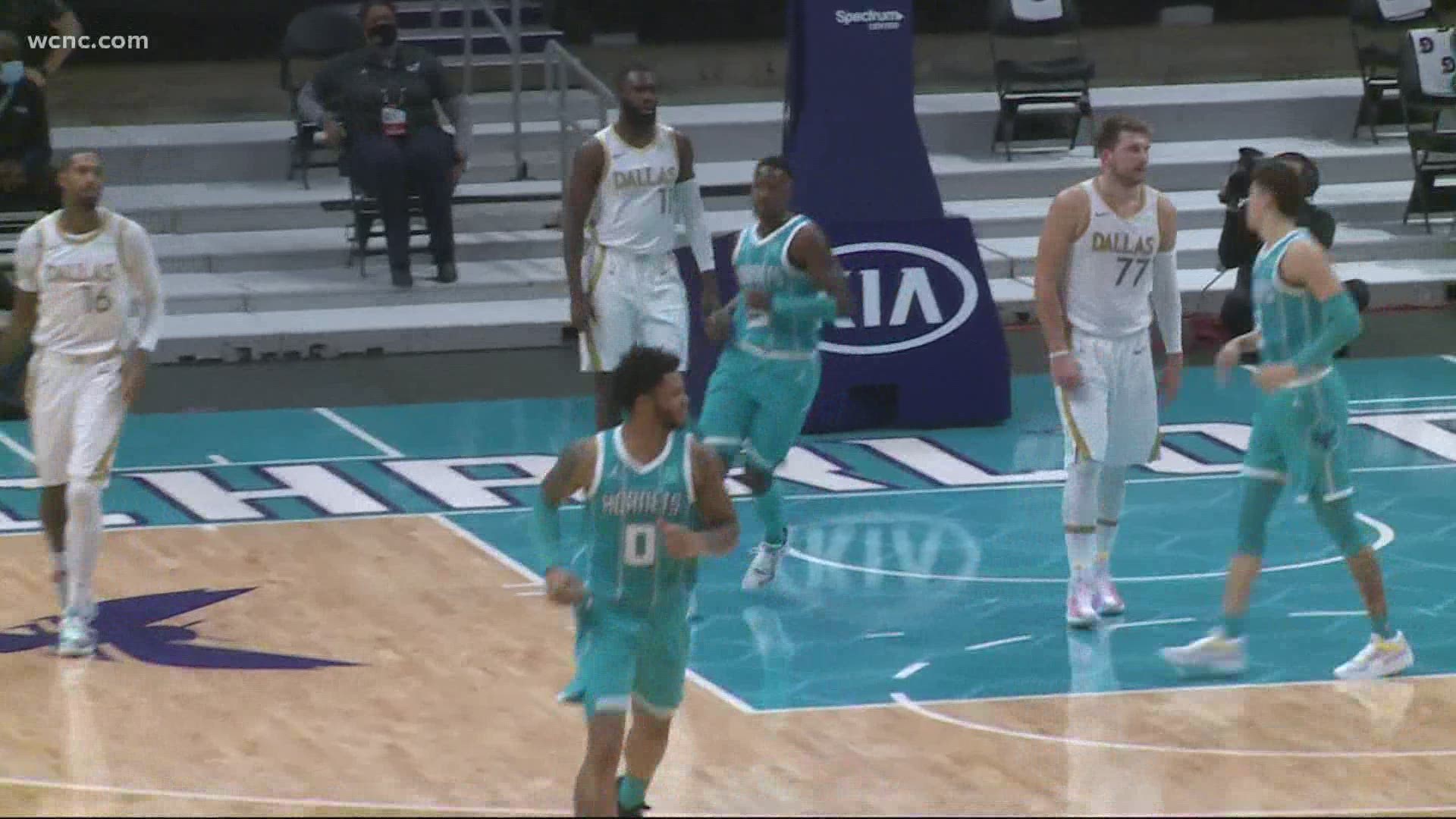 Charlotte lost to the Mavs, 104-93 to break a four-game winning streak.

Hayward is Charlotte's leading scorer, averaging 22.5 points per game, and had 16 points when he left injured in the second half.

Head Coach James Borrego said after the game that Hayward was 'day-to-day' and will make the team's trip to Tampa Bay to play the Toronto Raptors on Thursday and Saturday.

The Raptors are playing in Tampa because of COVID-19 travel restrictions.

Gordon Hayward left tonight’s game in 3Q with a left hip strain, he will not return, per the team.

Here's Hayward getting checked on the sideline before heading back into the locker room.@wcnc | #NBA | #Hornets pic.twitter.com/5ZdNAYSefm

Hayward signed a lucrative four-year, $120 million deal with Charlotte this off-season, after two seasons with Boston in which he suffered two major injuries.